Playboy is getting a makeover. No longer able to compete with all the actual pornography that’s widely available on the Internet, the classy man’s nudie mag will stop featuring naked ladies starting in March. The magazine “will continue to publish sexy, seductive pictorials of the world’s most beautiful women,” but they will be clothed.

“The political and sexual climate of 1953, the year Hugh Hefner introduced Playboy to the world, bears almost no resemblance to today,” Playboy Enterprises CEO Scott Flanders said in a press release. “We are more free to express ourselves politically, sexually and culturally today, and that’s in large part thanks to Hef’s heroic mission to expand those freedoms. We will stay true to those core values with this new vision of Playboy’s future. Once our readers see all of the innovative changes we’re making to the magazine, we’re confident they will love the end product when it debuts next year.”

So, just who does Playboy think those readers are? Well, basically, employed urban millennial dudes who like good journalism, The New York Times reports.

“The difference between us and Vice,” Mr. Flanders told the Times, “is that we’re going after the guy with a job.”

Way to differentiate your brand in a crowded marketplace! 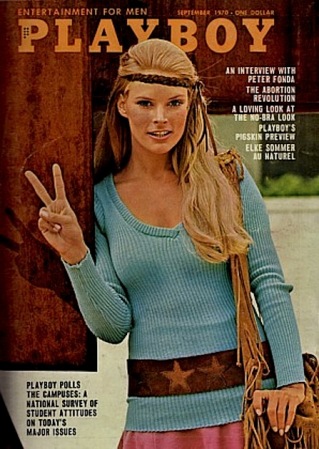