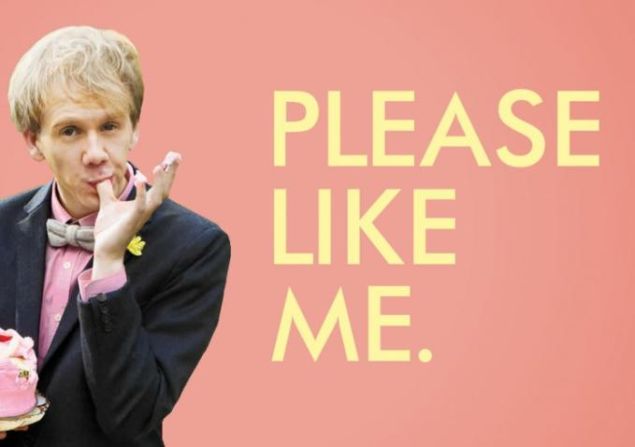 Josh Thomas, star and creator of ‘Please Like Me’ on Pivot.

Maybe you caught it while on a plane. Or from a friend. Perhaps it was an accident; something you stumbled upon just from channel-flipping. You may have not even known what it was that you found. No matter how you got into it, the quiet, quirky Australian export, Please Like Me is highly contagious, even as it defies categorization. And tonight it airs its third season on Pivot. You know, that network for millennials. Buffy and Veronica Mars reruns, but sometimes with fun commentary from Buzzfeed’s Louis Peitzman during the commercial breaks. Joseph Gordon-Levitt is involved. You know the one…even if you don’t know what channel its actually on.

Created originally for ABC2 in Australia the show centers on the sandy-haired elfin Joshua, played by the show’s creator, the 28-year-old Joshua Thomas. Please Like Me is a semi-autobiographical story about coming out, growing up, and spending time with your mother in a mental hospital after her suicide attempt. It’s about a lot of things, which is why it’s weird when critics compare it to two shows notorious for being about nothing: GIRLS and Seinfeld. I find the link dubious: the only thing all three shows have in common is a core group of single people who are trying to figure out what boxes they–and by extension, the rest of the world–fit into. In tone, Please Like Me is much more of a Six Feet Under than Seinfeld. As does its plot: insofar as the new season involves Ecstasy, camping with mom and the use of a Sia song, it resembles the poignant HBO drama far more so than NBC’s quippy 90s comedy about nothing.

I sat down with Josh Thomas and costar Thomas Ward (Tom) to discuss the latest season of the Emmy-nominated half-hour program.

Josh Thomas: Please Like Me was based partly on my standup, and stories of my life. The pilot is the most true to my actual life: my mum getting hospitalized; me coming in and making a joke about her having a headache when she took so much Pentathol. Her vomiting in that little bag, that was very real. The part where I’m listening to all her voicemails back throughout the day, that was really real.

Observer: The first two seasons of the show use the hospital where your mom is staying as a backdrop. Not automatically a funny concept. How did you go about translating that into a pilot?

Thomas: We went around doing a lot of research at different hospitals. Even though season one was mostly based on my experience and time there, for season two I did a lot of tours of psychiatric hospitals, trying to get to know the patients and people who run them: the doctors and nurses. They were all really different. Most of the places we saw were a lot more hardcore than the one on the show. The one my mum was at, it had security around all the time, which can really impact your day.

I get really nervous whenever we script things about mental health because a lot of people, especially here, have had personal experiences with. And then watching it, people would be saying “That’s not how it happened!” So far, no one has said that. But the thing is, how it happens is so different for everybody.

Observer: Your show gets compared a lot to Girls and Seinfeld. Did you pitch it as a comedy?

Thomas: We never set out to pitch it a certain way, but it went through the network’s comedy department, and it was marketed as a comedy-drama. I never really knew what it was meant to be. I pitched it when I was twenty…that was eight years ago. The comedy drama wasn’t as common as it is now. It was quite novel.

Observer: Did you feel the comparisons–oh, it’s this show meets this other show–happen more when your show was picked up on Pivot and brought to the United States?

Thomas: Yeah definitely, America loves it. American television journalists are just a bit more serious. At home, they mostly have to watch Big Brother, The Block. Here you have people saying “Oh, I just do comedies.” “Oh, I only do scripted.”

Observer: Pivot is a relatively new network, but Please Like Me is being promoted as somewhat brand-defining.

Observer: What is the process on set? Are the jokes ever improvised?

Thomas: Nothing is improvised.

Thomas Ward: Nothing is improvised because we’re on such a tight schedule. Everything is so time specific. Sometimes I’ll try to improvise, but it’s only space at the end of a scene.
Thomas: I don’t like improvised dialogue, because it never progresses the plot. We have quite a lot of plot to get through. We try to hide it, but there are very few sentences that we don’t need for something that is going to happen later.

Actors always repeat the plot they already know. So it never moves it forward.

Observer: What about the reaction shots? What’s your policy on the actors’ reaction to jokes?

Thomas: I actually quite like it when they laugh. It always annoys me when you watch a comedy show and there’s a joke but nobody reacts to it.

Observer: This is the first scripted show you’ve been on, and it’s one you’ve created. How steep was that learning curve?

Thomas: Oh, I had never stepped foot onto a drama set. We were hiring ADs…I didn’t even know what an AD was. Now I’m obviously much more comfortable and a lot more sure.

Observer: You’ve got an Emmy nomination now, and the second season brought this show to American audiences. Has that changed the way you approached the third season?

I mean, I look at where the show is going. It’s been illegally subtitled in Korean, Spanish, Russian, Croatian. People just go online and put up the video with translation. There’s a Chinese version.

And when you think about how different our cultures are, how they might interpret this…and then you have the American audiences, and all the critics…I just wouldn’t be able to get anything done. I’m just trying to do what I think is good. I’m trying to do things I haven’t done before…but without changing it too much.

Observer: Does your mom watch the show?

Thomas: She loves it. 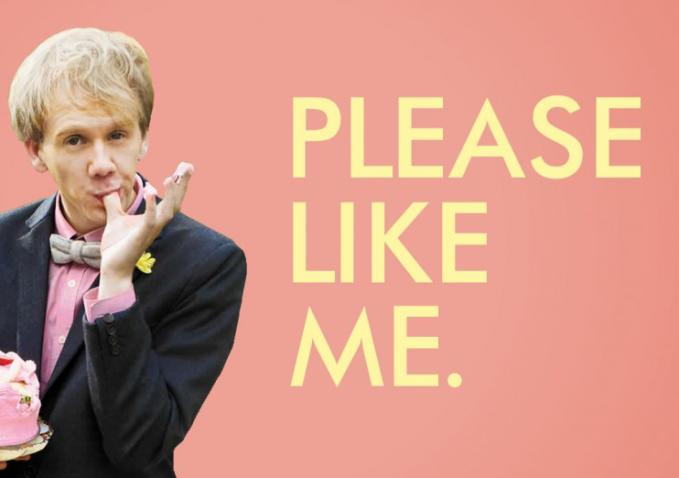