It’s Wednesday in New Jersey, where we look at who is working behind the scenes in the coming election, who is suffering from self-inflicted wounds and which popular pastime legislators are trying to quash.

15 Operatives Who Have Their Fingerprints on the 2015 Elections
While the candidates are the primary focus of any campaign, it is the behind-the-scenes players who run the campaigns, strategize and log countless hours in pursuit of helping their candidate secure elected office. PolitickerNJ has rounded up some of the most active players in this year’s races.
Alyana Alfaro, PolitickerNJ Read more

LD38 Case File ‘Pending’ In Judge’s Chambers
According to an source, the LD38 case file is currently pending and is being held in the chambers of Judge Ernest Caposela.
Alyana Alfaro, PolitickerNJ Read more

Kornacki to Expand Role at MSNBC
The Los Angeles Times reports that MSNBC weekend host Steve Kornacki will leave his program “Up With Steve Kornacki” for a larger role on weekdays as a fill-in anchor and political reporter.
PolitickerNJ Editor, PolitickerNJ Read more

10 Times That Stray Remarks Have Tanked NJ Candidates
The last two weeks of what has otherwise been a sleepy election year have seen two Republican state Assembly candidates drawing fire for their remarks. While Anthony Cappola’s inflammatory self-published book sank his campaign entirely in LD38, LD1 Republican freeholder Jim Sauro is doubling down on remarks he made claiming that the Black Lives Matter movement is an attempt at drawing the lines in a “race war.”
JT Aregood, PolitickerNJ Read more

Balmir: In His Own Words
There has been quite a bit written in the press over the past couple days concerning my wife, her career decisions and my role in that decision making process. I have yet to respond publicly or privately as of yet directly to the comments leveled at me by Mayor Fulop or his supporters thru the press late last week. I will address those specific comments in due time and it will not be through the media. I believe when someone’s spouse is attacked or their integrity is questioned in such a public manner and with such a lack of deference or respect, it is incumbent on me as a Husband and a leader of the residents of which I serve to respond in a manner that is appropriate to the wedding day vows I made to my wife of over 10 years and to the office that the people of this great city elected me to and which I currently hold.
Gerry Balmir, PolitickerNJ Read more

Planned Parenthood Funding Debate Continues
“It is actually shocking that we, as a House of Representatives, have gotten to this point,” said Congressman Frank Pallone.
Brenda Flanagan, NJTV News Read more

United probe had ‘zero’ to do with my resignation, N.J. commissioner says
Outgoing Transportation Commissioner Jamie Fox said an investigation into talks between his old lobbying client United Airlines and the former Port Authority chairman had “zero” to do with his announcement last week that he was stepping down after only a year.
Steve Strunsky, NJ.com Read more

Judge halts ballot printing until court rules on Bergen GOP replacing Assembly candidate
A judge Tuesday ordered Bergen County election officials to stop processing vote-by-mail ballots in the hotly-contested 38th Legislative District until the court can rule on whether Republicans should be able to replace an Assembly candidate who has quit the race.
John C. Ensslin, The Record Read more

Public workers vs. taxpayers: What does NJ owe?
Do New Jersey’s public employees have so-called Cadillac health insurance plans that must be scaled back for the sake of the state’s budget? Or are these reasonable benefits that the insurance industry is overcharging New Jersey for?
Russ Zimmer, Asbury Park Press Read more

Group calls on Christie to veto deepwater gas port
Once suspended, an application for a deepwater gas port off the coast here is back on track, renewing a battle between project proponents and environmentalists.
Dan Radel, Asbury Park Press Read more

N.J. school board to discuss state control of Jersey City schools
The state board of education is set to approve a measure tomorrow that could impact the future of local control of the Jersey City public-school district, parts of which have been managed by the state for more than two decades.
Terrence T. McDonald, The Jersey Journal Read more

Stockton’s Showboat costs likely to exceed $26M
By the time Stockton University sells the former Showboat casino to developer Bart Blatstein, in November, it will have spent more than $26 million on the property, according to a tally provided by the school.
Jonathan Lai, Philadelphia Inquirer Read more 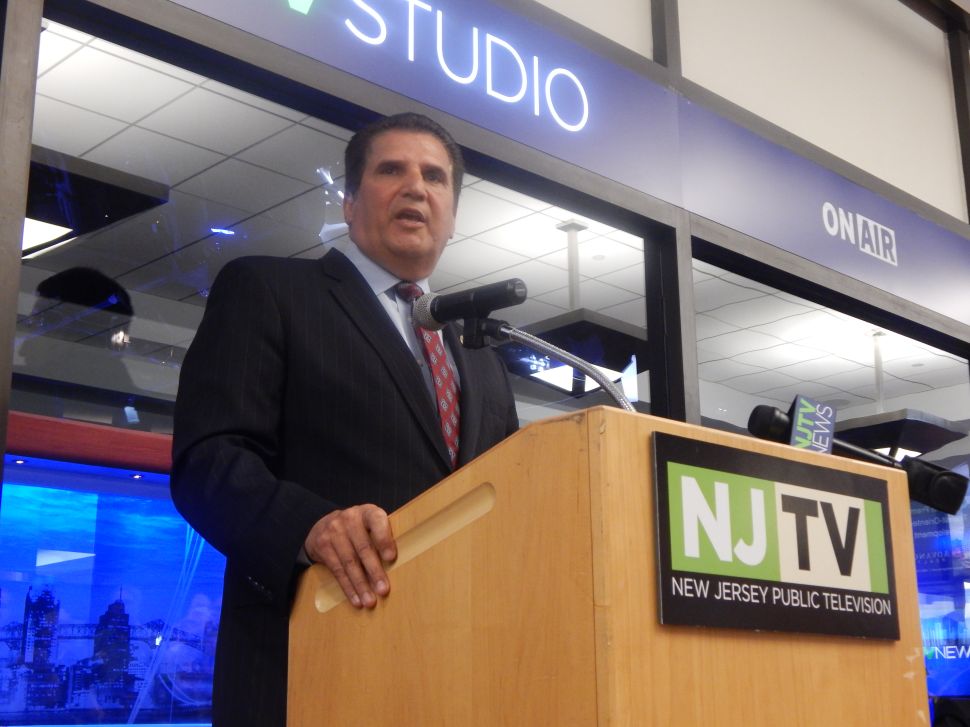