The Pulitzer Prize board announced this morning that it has expanded eligibility in three journalism categories—International Reporting, Criticism and Editorial Cartooning—to include online and print magazines.

This is the second year of expansion for the prizes—last year the Investigative Reporting and Feature Writing awards were also opened up to magazines. Five of the 14 $10,000 journalism prizes are now open to U.S. online or print publications which publish at least weekly.

Paul Gigot, the chairman of the Pulitzer board and a vice president and editorial page editor at The Wall Street Journal, said in an announcement that the board made a conscious decision to expand these three specific categories.

“Magazines are doing excellent reporting around the world,” Mr. Gigot said in the announcement. “For some, cultural criticism has long been a strong suit; others haves published editorial cartoons both online and in print.”

This slow and steady embrace of digital journalism comes at an opportune time for the Pulitzer Prizes, which celebrate their 100th birthday next year.

“The Pulitzer Prize centennial next year will celebrate a wonderful legacy, but we are also taking necessary steps to move into the future,” Mr. Gigot said.

The digital shift isn’t the only recent change for the Pulitzers—earlier this month, the board expanded the Editorial Writing prize to include small and medium-size newspapers. 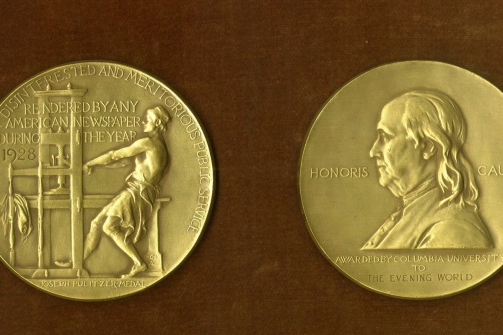