While Vladimir Putin of Russia was speaking to the UN General Assembly on the 28th of September, talking about his stance on fighting ISIS in Syria, he already had a plan for action.

Russian fighter jets had been there, Russian troops also were on the ground.

While Putin was speaking at UN, the gathered intelligence was being analyzed and the targets to be hit were being chosen. Having finished his speech, he met Obama at the lunch, offered by the UN General Secretary, but the social chat didn’t happen – one of the reasons being Mr. Putin received a phone call while at the table.

Who was on the other side of the line was a matter of speculation in Russia.

While total amount of Russian troops on the ground is not known, Russian newspaper Vedomosti reported that there are up to 1,500 of them already in Syria.

Now it looks like we know the answer. Most likely, it was Russia’s Minister for Defense Sergey Shoygu calling his boss with urgent message. The message being – Syria’s Basher al-Assad officially asked Russia for military assistance to fight his enemies – both ISIS and “moderate” opposition.

After having met Obama privately, Mr. Putin’s plane took off for Russia. While he was still in the air, the word spread around the members of Russian Federal Assembly to stay put in Moscow waiting for Putin’s return.

On  September 30th, the Federal Assembly gave Putin unanimous permission for the use of Russian military force abroad – raising eyebrows in Ukraine and Turkey by the haziness of the definition of the word “abroad.”

Within minutes, the military operation in Syria began.

Russian fighter jets had been already in Syria—they arrived to Latakia Russian base from Russia during the “Center-2015” exercises in the central Russia that were conducted from September 10 to September 20. Four SU-30SM fighter jets from East Siberia accompanied by military transport aircraft IL-76, flew over the airspace of Azerbaijan, Iran and Iraq on September 18, after clumsy attempts by Bulgaria and Ukraine to close their airspace to the Russian military aircrafts. Six SU-34 fighter jets and number of other aircrafts flew to Syria over Caspian Sea, bypassing Azerbaijan, via the skies of Iran and Iraq. According to the sources of the Kommersant newspaper in the Russian Military Operational Command, at Latakia Russians had formed a group of Sukhoi bombers SU-24M and SU-34, attack jets SU-25SM and multi-purpose fighter jets SU-30SM, and also attack helicopters MI-24 and multi-purpose helicopters MI-8.

The total number of the Russian air force in Syria, according to the official representative of the Russian Ministry of Defense Igor Konashenkov, is more than 50 aircrafts and helicopters. To protect the airbase, the battalion group of Russian marines was deployed, he said.

While the total amount of Russian troops on the ground is not known, Russian newspaper Vedomosti reported that there are up to 1,500 of them already in Syria. “We are talking about the officers,  privates and sergeants on contract service only,” said the newspapers` source close to the Ministry of Defense. “They will be paid big travel expenses, therefore there is no lack of volunteers.”

Russian bombers worked on the targets in the area where up to 5,000 anti-Assad militants were concentrated.

According to the annex to the Government Decree of December 26, 2005, in addition to their regular salaries, the Russian officers in Syria will receive supplementary monetary allowance of $62 per day, the contract soldiers – $43 per day.

During the first day, Syrian army reported, Russian bombers worked on the targets in the area where up to 5,000 anti-Assad militants were concentrated, allowing Syrian dictator`s troops on the ground to kill 110 of them.

Russian Foreign Ministry does not exclude the similar operations in Iraq, says the head of its Department for the New Challenges Ilya Rogachev, if the government of Iraq would officially ask for it. 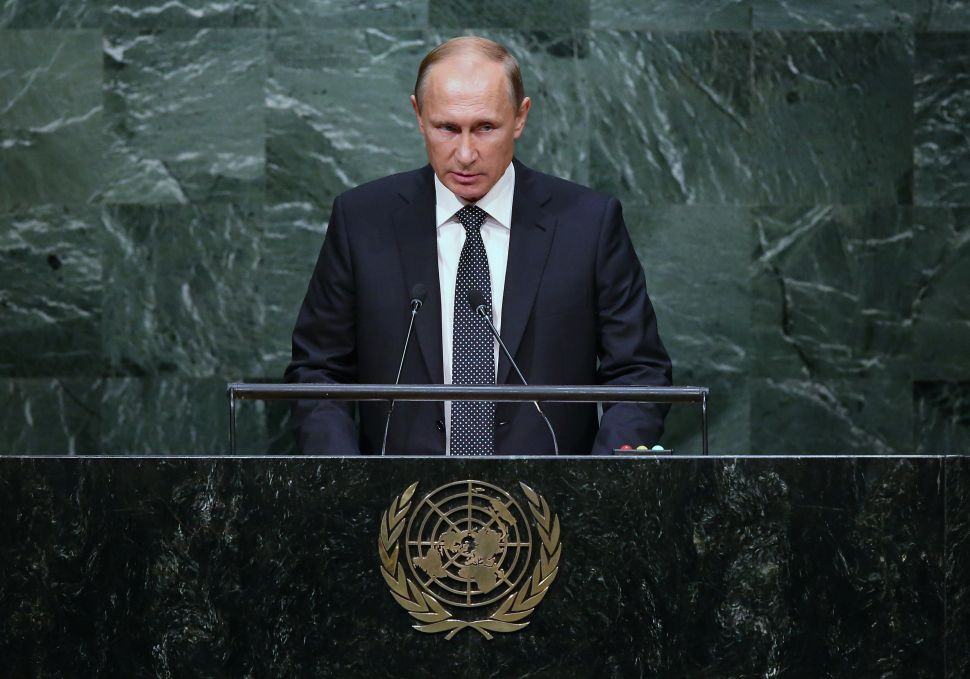