Quentin Tarantino may not care what his critics think, but they have an awful lot to say about him.

The controversial filmmaker, whose new movie The Hateful Eight will open in limited release on Christmas Day, is in hot for comments he made while being interviewed by author Bret Easton Ellis. The interview, which was posted online last night, will appear in print in the October 25 New York Times Style magazine.

Even though Mr. Tarantino’s films have won multiple Oscars, he is still disappointed in the Academy. He claims that it “bugged” him that Inglorious Basterds lost Best Picture to The Hurt Locker, even though he admits “it was exciting that a woman (Kathryn Bigelow) had made such a good war film…it wasn’t like I lost to something dreadful.”

Mr. Tarantino’s most incendiary comments, however, were about race. The man behind Django Unchained thinks Selma, a more reserved film about race, “deserved an Emmy.” He also said that those who criticize the way race is treated in his films make him out to be a “supervillain.”

Not surprisingly, the fact that these comments came from a while filmmaker led to a lot of Twitter vitriol:

Tarantino has gotten WAAAY to comfortable. Like black people have given him a pass or something.

I was once briefly at the same bar table as Tarantino. It was squirmily awkward how intent he was on impressing the Black guy in our party.

fine, let’s see what Tarantino is saying… *clicks* *sighs* actually, Quentin, no. no one *has* to deal with you. pic.twitter.com/BSYtn7M1aH

Tarantino & Bret Easton Ellis have made important work, but their exchanges on race and gender are appalling. https://t.co/ICaGKs4ZPp

Whoever at @nytimes responsible for this Bret Easton Ellis/Quentin Tarantino interview should be fired.

Looks like Mr. Tarantino doesn’t let his characters have all the controversial lines. 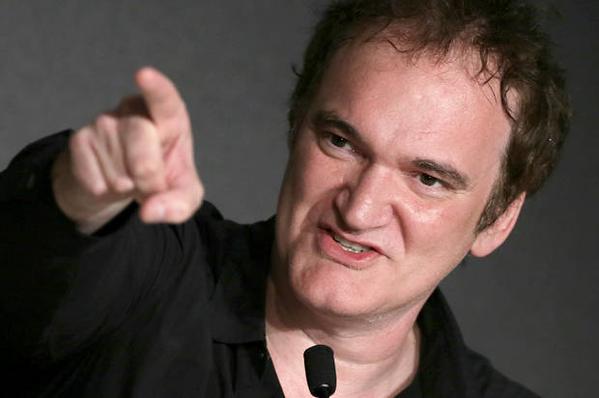