In a shocking move, Raf Simons confirmed today that he will be departing from his creative director post at Dior, which he has held since April 2012. But why? The designer was beloved by critics, editors and shoppers alike. Since 2011 the house has seen a 60 percent uptick in sales, The Cut reported. Which would give LVMH execs, including chairman Bernard Arnault, a reason to be a strong supporter of the designer and his creative choices.

However, it was Mr. Simons who made the decision not to renew his contract with Dior. This swift departure means his latest show, which was held in the courtyard of the Louvre on October 2, underneath a romantic cascade of purple flowers, was his last chez Dior.

The designer’s departure is said to be an amicable move. In a statement acquired by WWD, Mr. Simons delved just a bit deeper into the motives behind this move. “It is a decision based entirely and equally on my desire to focus on other interests in my life, including my own brand, and the passions that drive me outside my work. Christian Dior is an extraordinary company, and it has been an immense privilege to write a few pages of this magnificent book.” He went on to thank Mr. Arnault and Sidney Toledano, Dior’s CEO, for their continued support.

There’s no word yet on who will be chosen to replace Mr. Simons, although rampant speculation has already begun, with Riccardo Tisci‘s name being thrown into the ring as well as Jonathan Anderson. Stay tuned to watch how the latest game of fashion’s musical chairs plays out. 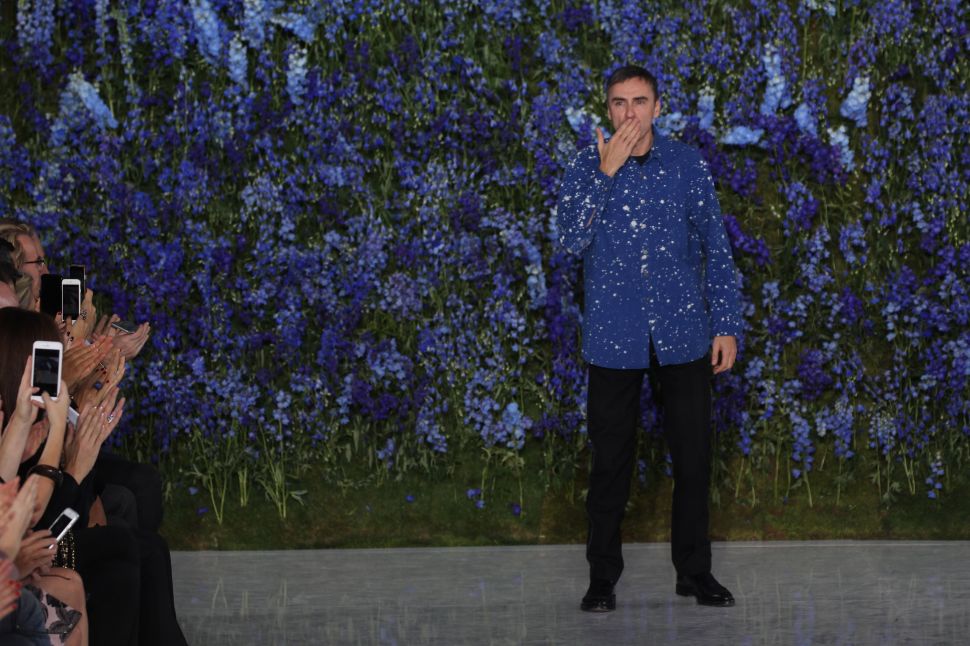