Mr. Orkin served sea urchin and country ham in a dish titled “ham and eggs.” After all, this is the guy who introduced Los Angeles to his wondrous cheddar-cheesy, bacon-crowned breakfast ramen; boundaries and traditions form only the vaguest outline to his cooking.

But Mr. Orkin wasn’t just in Los Angeles to cook. He hadn’t visited since 1985, so he had a lot of eating to do. We joined him for two days before his pop-up, and ate and ate and ate. And then we ate some more. Mr. Orkin left very full, and impressed with Los Angeles food. Here’s a look back at the best places we visited.

Chef Roy Choi’s Hawaiian-influenced restaurant in Culver City does a $15 all-you-can-eat pancake brunch, so I drag my children along. My toddler son goes to town on the pineapple, mango and guava pancakes, while Mr. Orkin opts for loco moco, housemade Spam musubi and chili rice. Mr. Orkin Instagrams a picture of his gravy-covered loco moco, and declares to Choi and everyone else that he’s “Definitely not in NY, Dorothy. Great start to the day @ridingshotgunla. #sunshine.”

Chef Travis Lett’s pioneering pizza place on Venice’s Abbot Kinney Boulevard was recommended to Mr. Orkin by chef Justin Smillie of New York’s Upland. Mr. Orkin opts for a produce-driven lunch: a fruit bowl with gorgeous melon, a glistening heirloom tomato salad and a pomodoro crudo pizza covered with charred baby tomatoes. You get the feeling that the visiting NYC chef is starting to understand how Los Angeles eats.

Ice cream might be Mr. Orkin’s favorite food group, so we head to chef Shiho Yoshikawa’s Sweet Rose Creamery outpost in Santa Monica for a banana split with coffee and vanilla ice cream, and a small cup of house-made marshmallows on the side—because why not. Mr. Orkin, despite an intense day-and-a-half of eating, smiles like a child as he devours the ice cream. It’s time to go for a walk before dinner. (A few days later, Mr. Orkin heads to Downtown’s Grand Central Market by himself to gorge on a banana split at McConnell’s after an Eggslut sandwich. The insatiable chef loved both.)

Chef Bryant Ng’s Asian brasserie is the restaurant of the moment in Los Angeles, yet also a restaurant that should have tremendous staying power. While Cassia might look and feel a bit like a Keith McNally production in NYC, Mr. Ng has dazzled all of Los Angeles’ food critics by doing things like using pho broth for pot-au-feu and bringing heat to his chilled seafood bar with spicy Vietnamese prawns. We eat snow crab claws, chopped escargot with flatbread, a jellyfish salad and that remarkable pot-au-feu. But it’s one of Mr. Ng’s personal favorite dishes—a wickedly spicy grilled lamb breast with Szechuan peppercorns and lots of fiery sambal—that sets Mr. Orkin’s palate and heart ablaze. The lamb, served in a clay pot with a mound of rice, is crispy and sticky and fatty and flawless. After reflecting on all he ate in these crazy two days, Orkin declares that this is the best dish he’s tried in Los Angeles, although a lot of what he consumed was spectacular.

Los Angeles is glad you enjoyed your visit, chef, no need to wait 30 years for your next trip. 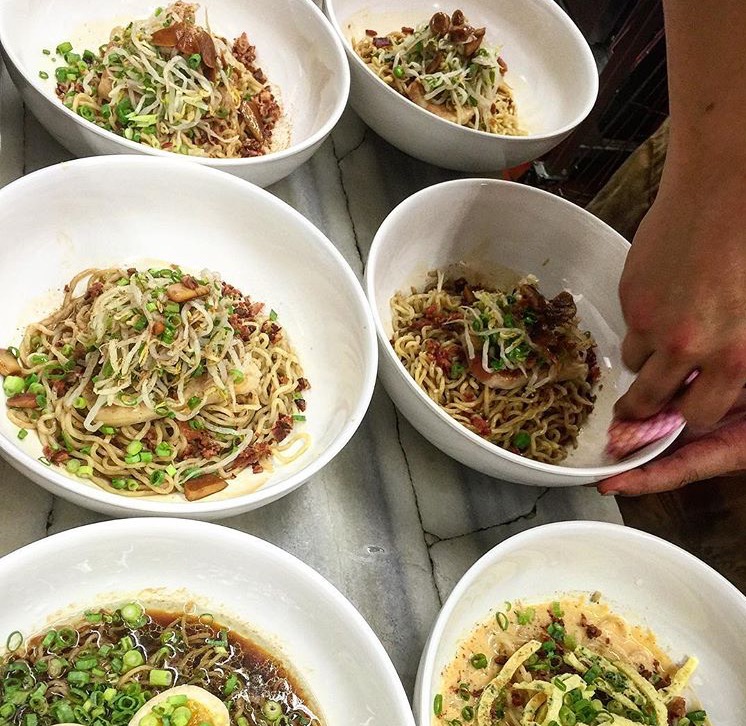