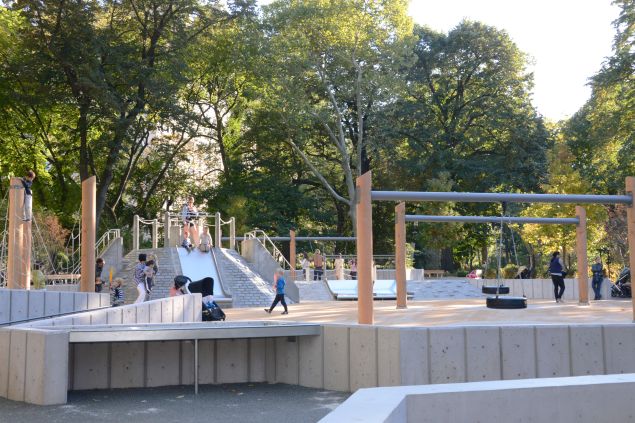 One of the the city’s rare adventure playgrounds has re-opened in Central Park after a renovation that restored several of the original adventure-style elements to the design.

The playground, located on East 72nd Street, was originally a Robert Moses-era construction before being redesigned in 1969 as an adventure-style playground by landscape architect Richard Dattner. Drawing their inspiration from post-War playgrounds in Europe that promoted free play through the use of movable elements and makeshift building materials, the architects who designed New York’s adventure-style playgrounds made use of wood, sand, rope swings, tires, tunnels and tree houses to encourage creative play. The spaces enjoyed a brief flourishing in New York during the 1960s and ’70s, before safety regulations and fear of litigation led to the removal of many of the more exciting elements.

The adventure-style playgrounds at East 72nd Street and West 67th Street, which has also been undergoing a renovation, have gone through a number of prior renovations with an eye to safety and accessibility, as well as basic maintenance, including major ones around 2000. The more recent renovations were smaller in scope, but reintroduced some long absent features, among them tunnels feeding into a chimney-like climbing device in the west side playground, which were closed off shortly after the playground opened in the 1970s. The new tunnels have been modified for better accessibility and visibility.

“The thing that people forget is that adventure-style playgrounds had issues right out of the box,” designer Christopher Nolan told the Observer in an interview this summer. “Some of the features had to be taken out within a matter of months.”

“We maintained the successful elements of the original design while modernizing the playground’s infrastructure, improving its accessibility for visitors with disabilities, and increasing the playground’s connection to the park landscape,” Douglas Blonsky, President & CEO of the Central Park Conservancy, wrote in a release.

Other changes include new tire and strap swings, new slides and a new climber connecting to the pyramid climber. The sand and water play areas have also been modified for better accessibility. Additionally, steel panel and high metal fencing has been replaced by low seat walls and lightweight mesh fencing to better to integrate the playground with the natural surroundings.

The 72nd Street playground restoration is one of thee happening this year; all the parks’ adventure-style playgrounds, including the Ancient Playground by the Metropolitan Museum, have been modified and updated over the years. 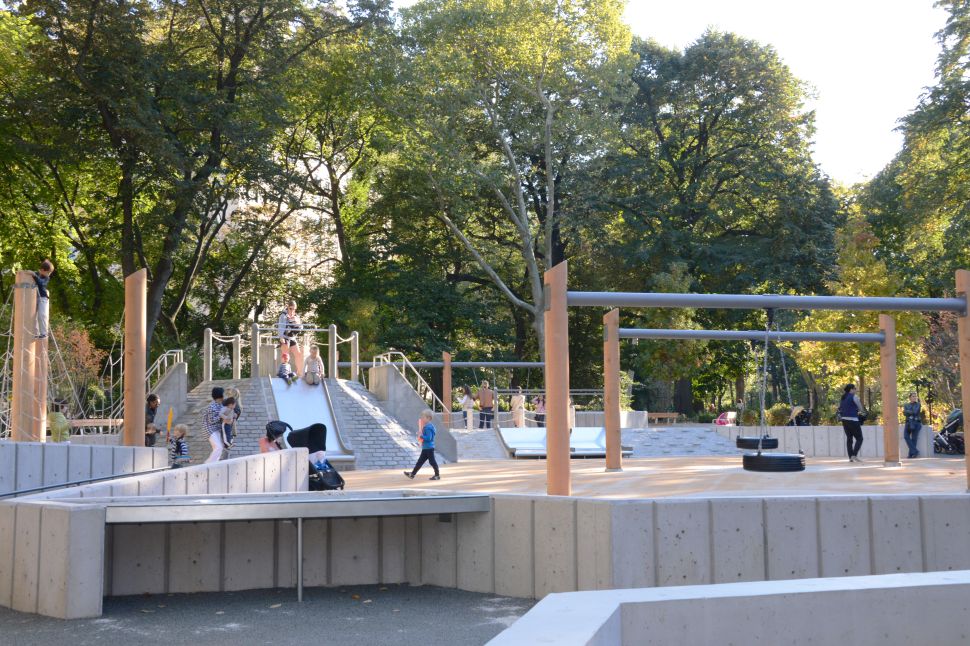