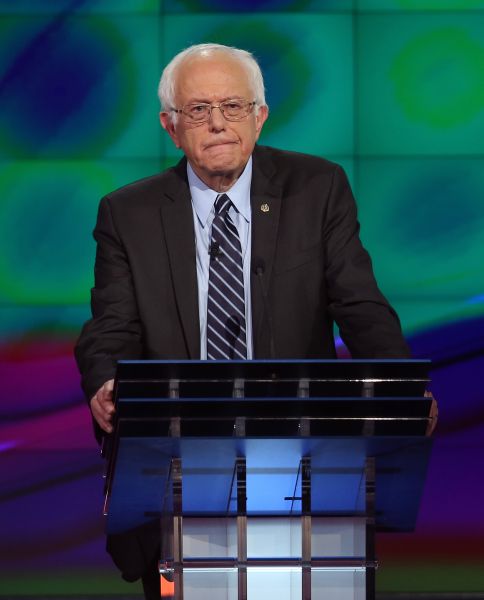 The highlight of the first Democratic presidential debate was the moment that demonstrated why Bernie Sanders and the mainstream media have a rendezvous with destiny, when he escalated his attacks against the media for its obsession with the Clinton email issue at the expense of far more serious matters.

The golden moment occurred when Anderson Cooper of CNN began hectoring Hillary Clinton over the email controversy that has bedeviled her campaign for months. After the Cooper-Clinton exchange continued for several rounds, Mr. Sanders made his move for a major intervention and directly confronted the mainstream media by charging that it remains so obsessed with the Clinton emails that it continues to ignore far more important issues that powerfully impact all Americans.

It is an outrage the media is consumed with every detail of the Clinton emails and refuses to report about far more important matters.

In the high point of the debate Mr. Sanders directly addressed himself to the media. He charged that with income inequality so devastating, with poverty so punishing, and with America in danger of becoming an oligarchy rather than a democracy because of the corrupting power of big money, it is an outrage that the media is consumed with every detail of the Clinton emails and refuses to report about these far more important matters.

“The American people are sick and tired of talking about your damn emails,” Mr. Sanders declared with a passion that was greeted by thunderous applause from both Sanders and Clinton supporters in the audience and a handshake from a smiling Ms. Clinton.

For those who might have missed this moment, it would be well worth the effort to hunt down and watch the exchange, which will be long remembered by political aficionados.

I will not offer an extended critique, except to suggest that both the Clinton and Sanders camps can rightfully claim they achieved some of their objectives. The debate will not prove to be a game-changer in the campaign and leaves both Ms. Clinton and Mr. Sanders in relatively the same positions they were in before the debate.

What was important was the chivalrous stand Mr. Sanders took coming to the defense of Ms. Clinton, and the fact that he so aggressively criticized the mainstream media over its obsession with the Clinton emails.

I have been arguing for some time in columns that the Sanders campaign has been treated shabbily by old media, but has made powerful strides building a communications structure building on new media and social media. This accounts for the facts that his crowds have been larger than any candidate in either party, including Donald Trump, and his fundraising from small donors has made political history and given him a powerful source of recurring campaign donations that will continue to escalate throughout the campaign.

It is important to fully appreciate that Mr. Sander’s attacks against the mainstream media are rooted in his larger attacks against the abuses of crony capitalism, and the move towards an oligarchic ruling class he has repeatedly condemned in many business sectors.

Mr. Sanders is correct to emphasize the fact that there has been a dangerous concentration of old media power in the hands of a relatively small number of global conglomerates that wield overpowering influence in major economic sectors, from banking and Wall Street to foreign trade and the mainstream media.

His criticisms of the media have been longstanding. The national platform created by the debates has now brought his criticism of media to center stage before a large national audience. Of course in the reporting by mainstream media of the debate, the fact that his defense Ms. Clinton over the emails was first addressed by Mr. Sanders to the media was largely ignored by the mainstream media he was criticizing.

As readers of my columns know, I have one foot planted in the media industrial complex Mr. Sanders correctly condemns. In recent years I have written columns and appeared on both television and radio while also dealing on a daily basis with many of the political leaders and insiders that we are reporting about.

There is indeed an industrial media complex in which a relative handful of insiders—of whom I am sometimes one—go back and forth between media, government and business.

Much of what you read and see is the regurgitation of conventional wisdom from insider classes who spend little time interacting with the real America.

Much of what you read and see from so-called pundits is the regurgitation of conventional wisdom from insider classes of politicians, lobbyists, pundits and crony capitalists who spend most of their time interacting with each other and little time interacting with the real America. These insiders have lunch with each other, attend the same dinner parties and conferences, and often make money from being on all sides of these insider transactions such as de facto lobbyists appearing on television to promote their clients without disclosure to the audience.

Can anyone deny the Sanders charge in the debate that fundamental issues such as poverty, income inequality, crony capitalism, and the oligarchical structure of American capitalism and American politics—which he suggests are intertwined—are rarely reported in depth by the mainstream media while the comparatively trivial issue of the Clinton emails is dissected ad nauseam?

What Bernie Sanders and his supporters are doing is creating a parallel universe in which these profound matters of social and economic justice are communicated through new media and social media, if not through old media and crony capitalist media.

When he speaks of a political revolution, Mr. Sanders is referring to the grassroots movement, political organization, crowd building and pro-democracy small donor campaign fundraising that he and his supporters are building through the parallel universe they are creating in real time in the 2016 campaign.

During the debate Ms. Clinton acquitted herself well, reassured her supporters, and appeared much more poised and presidential than any of the Republican candidates.

During the debate Mr. Sanders, by rising to her defense on the email issue and winning a virtual unanimous ovation for the most compelling exchange of the evening, brought even more attention to his crusade against crony capitalism and elevated the mainstream media to a high and worthy target of his condemnation. 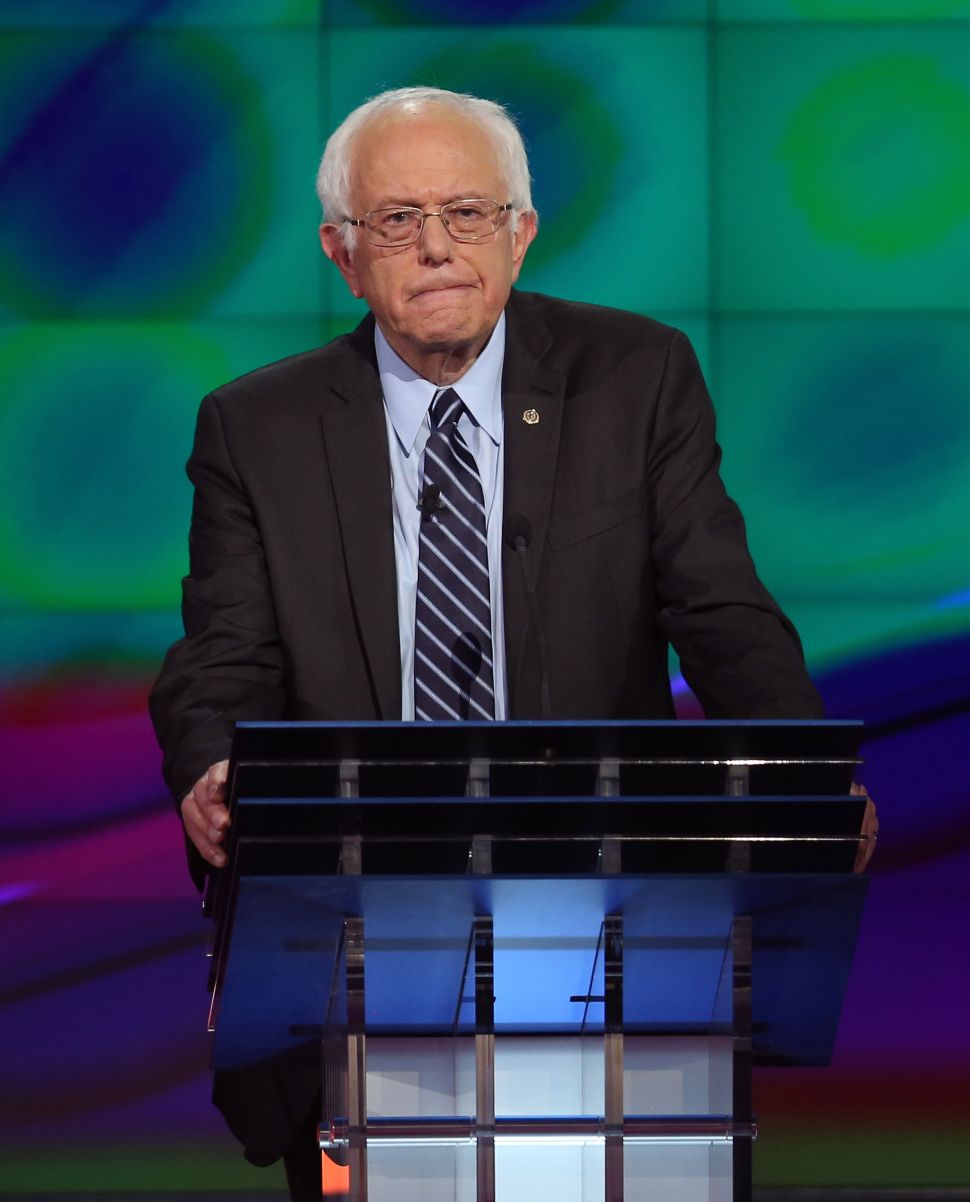