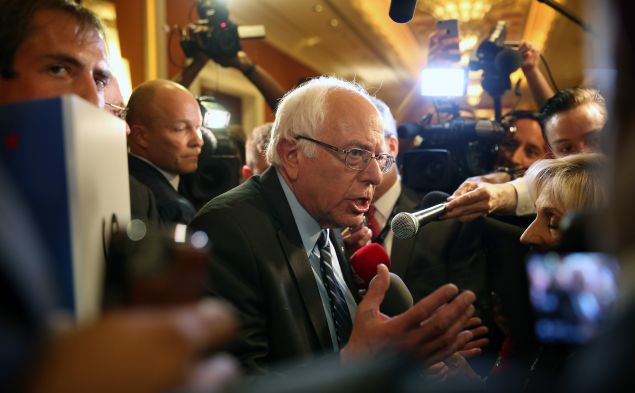 A flurry of tweets abounded during last night’s Democratic debate, suggesting Sen. Bernie Sanders flubbed handling of the topic of Hillary Clinton’s email scandal. As a Republican partisan, a critic and skeptic of Ms. Clinton’s ethical standards—and someone who long-favored President Obama for the 2008 Democratic nomination over Clinton because of issues with her record—I would have loved to see Mr. Sanders knife her very publicly on national television. Mr. Sanders’ comment that, “The American people are sick and tired of hearing about your damn emails” was not an error on his part, and may, in fact, have been smart.

Hillary won’t live or die by virtue of anything Mr. Sanders has to say.

Let’s remember one basic fact that Mr. Sanders himself, as with all the candidates in this race, knows well: There is an investigation by the Department of Justice and the FBI into Ms. Clinton’s emails. If this investigation finds fault in her actions or those of her team, the political consequences will be very, very bad—irrespective of any attacks other candidates, parties or entities have launched. On the other hand, if Ms. Clinton and her team are cleared of all wrongdoing, zero political capital will have been gained by any Democrat attacking her over the controversy. So why spend time on it? Hillary won’t live or die by virtue of anything Mr. Sanders has to say; she will live or die based on her own behavior and whether the DOJ and FBI turn up anything bad.

In the meantime, Ms. Clinton continues to prove she is her own worst enemy. Every time the scandal is mentioned, she loses ground and someone else gains it. And, ironically, thanks to Sanders’ remark, which was so attention-grabbing, in the spin room after the debate, guess what the media focused on a whole lot? Hillary Clinton’s emails. Mr. Sanders may not have prepped (much) for this debate, but he did inadvertently stumble on a winner with his remark: He got to look nice to Ms. Clinton on stage while indirectly fueling more discussion about a very problematic topic for her. Very importantly, he also gave voice to the frustration a lot of Democratic-inclined voters feel about the Clintons, in general, and around Hillary in particular: Everywhere they go, there is drama, scandal, and a heck of a lot of attention devoted to fighting personal fires rather than improving the lives of Americans.

Republicans and some media listening to Mr. Sanders’ remark mostly seem to have heard it translate as, “Everyone should give Hillary a pass even if she did mishandle classified information and send around sensitive information involving CIA assets, I don’t care about this issue at all.” However, by a key constituency Sanders is attempting to lock down further (Democrats who may resign themselves to Ms. Clinton but really aren’t enthused about the prospect), his point will be understood as, “All you get with the Clintons is drama, drama, drama and controversy, controversy, controversy. Do we really want another four or eight years of this crap, or could we maybe focus on someone without these problems who can devote attention to the real issues?”

With her, you get the usual Clinton crap, and people are sick of it.

Mr. Sanders then pivoted to economic issues—and the big attention-getter and distinguishing topic—campaign finance and big money influence in elections, which just so happens to be exactly the issue many voters who will participate in the Democratic primary care about, and of which it is reasonable to assume a lot of them doubt Ms. Clinton will do anything. According to May 2015 Gallup polling, 74 percent of Democrats said “the way government operates in Washington” was of concern to them. According to a September 2015 Bloomberg poll, Democrats oppose Citizens United—shorthand for “money in politics”—by an 83 to 13 percent margin. Despite Ms. Clinton’s claim that being a woman in and of itself makes her the biggest political outsider ever, it is doubtful many voters see her as anything other than the consummate Beltway insider who has spent years palling around with wealthy donors and business interests that a lot of Democratic voters, especially, hate and mistrust.

As Mr. Sanders noted, he doesn’t have a SuperPAC (a subtle needling of Ms. Clinton for having one) and isn’t running a big money campaign (again, implying that she is). That is Mr. Sanders’ argument, in a nutshell: With me, you get a no-nonsense, accountable-to-the-base-alone, philosophically-driven campaign that’s by and for the people and is about restoring democracy. With her, you get the usual Clinton crap, and people are sick of it.

The bottom line is whatever the media may be saying about Ms. Clinton having “won” the debate, and no matter how much Republicans may have been disappointed to not see a public shivving of her, what Mr. Sanders did worked—and, as judged by metrics ranging from focus group perspectives to social media, he was the winner. In CNN’s post-debate focus group, a majority felt Sanders won. In a post-debate focus group of twelve 18-34 year olds conducted by Fusion, again, Sanders was the winner. Fox News’ post-debate focus group also deemed Sanders the winner. Sanders also sparked the most social media buzz: According to MSNBC, “The self-proclaimed ‘Democratic-Socialist’ from Vermont was the top candidate discussed on Facebook and Twitter during Tuesday’s debate on CNN, according to each site’s data, which was released later that same evening.”

Clinton may have had her best night in years, but it was not that good–thanks to a free-wheeling, unfiltered lefty New Englander. 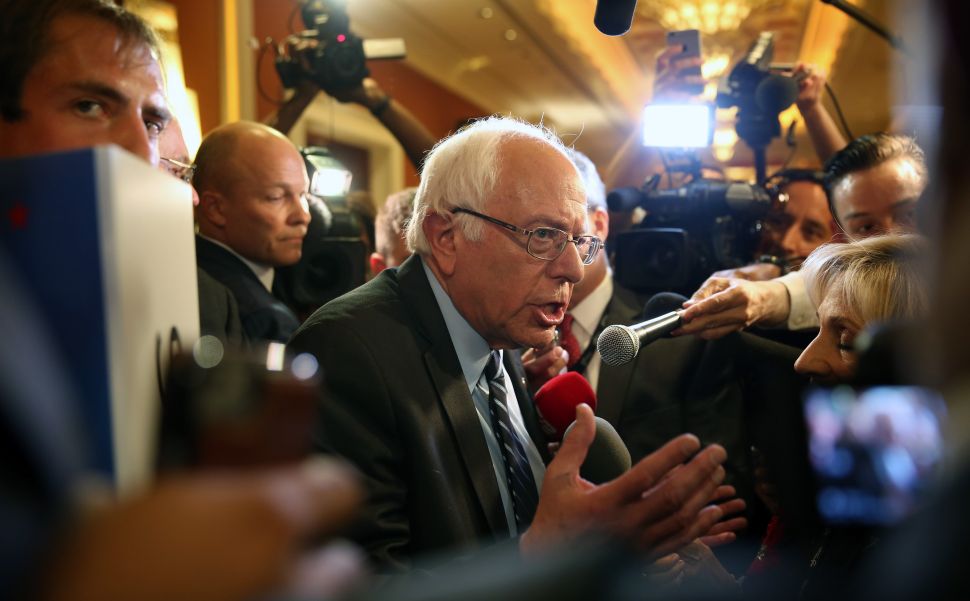