Curatorial studies programs are hot. In the tristate area alone, there around 10 master’s and certificate programs in curatorial studies. These promise hands-on training, industry networking and intense theoretical study; graduates are presumably prepped to filter into jobs at arts institutions, or readied for independent curatorial work—a track that’s becoming more popular than ever.

But, with so many young curators graduating from these highly specialized programs, are participants really getting a professional leg up?

According to Los Angeles County Museum of Art Director Michael Govan, the answer is no.

Most of the grads are specializing in Contemporary art, he noted, and “it’s creating an even bigger artificial bubble around Contemporary art,” he said. “Churning out more and more people who are in that circuit, and now that field is so chock full of people—it’s so competitive.”

Mr. Govan, who was himself trained to be a visual artist, added, “The irony is that museums are even better now at the education and training aspect of curatorial practice.” (Mr. Govan joined LACMA in 2006, after serving as director of the Dia Art Foundation and deputy director of the Guggenheim.)

Stephanie Barron, senior curator for the museum and head of its Modern art department (both the LACMA officials were in New York earlier this week for meetings), chimed in even more emphatically: “I don’t believe in programs for curatorial practice,” she told the Observer. “They’re trade schools. I’d much rather take a chance on someone who wants to come do an internship.”

People coming into the profession from these programs “think that Warhol is an Old Master. And if you’re going to work at an institution, unless it’s a Kunsthalle, or even if it is, I think you get a better grounding if you have some good academics…you’re better off picking up the other [skills] within a place rather than in some lecture hall,” Ms. Barron said.

She added, “It’s hard to be the first person to teach them what a registrar’s office is. It’s better if they’ve learned that somewhere else.”

Some programs do offer practical experience: the Whitney Museum’s prestigious Independent Study Program offers four slots each year in curatorial studies, and rather than make students slog through lecture, it immerses them in the production of an exhibition.

Ms. Barron said, “There needs to be more funding available to allow museums to do that kind of mentoring. By bringing people into the field with good academic credentials but who actually care about the objects, I think the practice would be better served.”

If they’re not hiring graduates from curatorial studies programs, whom are Ms. Barron and Mr. Govan looking for?

“People who have really good academic credentials, but have managed to do a summer here and a summer there,” offered Ms. Barron. “Who have gone to school [while] trying to volunteer at whatever museum is nearby. They’ve been scrappy enough to try figure out how to get that first foot in the door.”

“What we’re looking for is a person that comes with a specific experience or a set of ideas or a deep passion for something in particular,” Mr. Govan said. 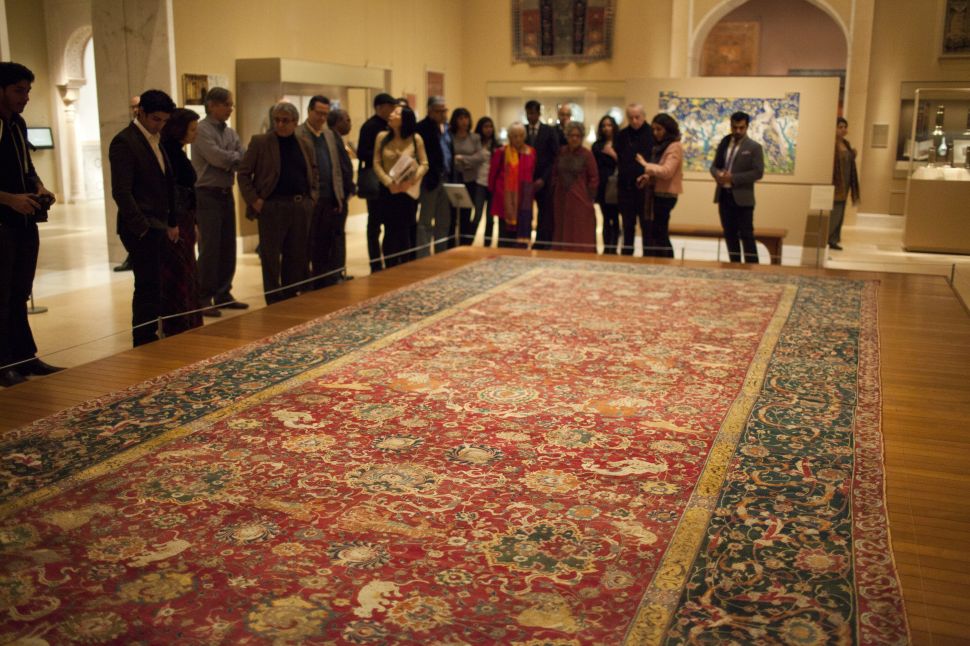