To understand why Fannie Mae and Freddie Mac, the two government created companies that have guaranteed the mortgages of 80 million American families, are so important to our way of life, it helps to answer a profound question with a surprising answer: why would it trouble a bank if a consumer with a home loan paid it back early?

In the U.S., consumers who seek a mortgage are very unlikely to be presented with one that has terms that would penalize the homeowner for paying it off early. The normal loan—the loan parents will tell their children to demand when the kids start to talk to them about buying a home—is a 30-year fixed rate home mortgage with no penalty for an early payoff. Access to that kind of mortgage is treated by Americans as a basic right, one that American politicians are much more afraid to jeopardize than they are those to freedom of assembly or from unreasonable search and seizure. Yet, mortgages with terms that good are virtually unheard of in the rest of the world.

That last point is one Bethany McLean drives home in a new book from Columbia Global Reports (a new longform journalism project out of Columbia University), Shaky Ground: The Strange Saga of the U.S. Mortgage Giants. She explains why the two companies that guarantee Americans access to such attractive loans are now 79.9 percent owned by the U.S. government, why voters’ sense of entitlement to such attractive terms has put us at risk of adding $5 trillion to America’s debt load and it points out when leaders had a shot at (but took a pass on) dealing with what she describes as their strange zombie-like state.

It wasn’t until we spoke to Ms. McLean last week that it became clear that she thinks (assuming certain political realities aren’t going to change) that our economy probably needs some version of Fannie and Freddie to stay in place.

“The thing that I really think would be fantastic is probably not doable, which is rethinking of the way we mix indebtedness with home ownership,” the Chicagoan told the Observer in an interview during one of her frequent returns to New York, where she worked as a Fortune reporter for many years. 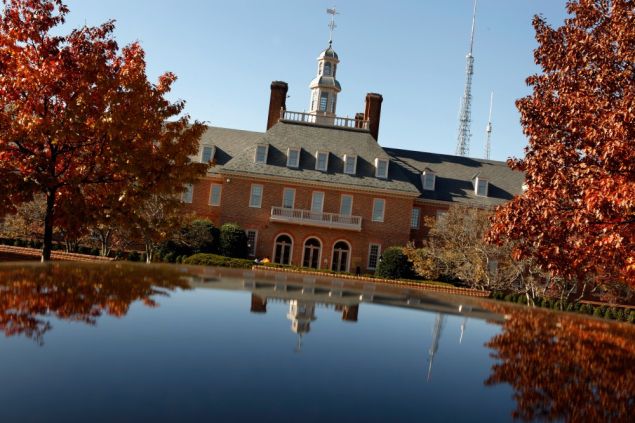 She believes few Americans understand how central the two companies have been to our economy. In fact, she pegs the start of the financial crisis to their story, writing in her intro:

Most people who weren’t paying close attention probably date the beginning of the global financial crisis at September 15, 2008, the day Lehman Brothers declared bankruptcy. But a few days earlier, on September 6, the U.S. Treasury put Fannie Mae and Freddie Mac into a status called conservatorship.

What really frustrates her, though, is that the federal government, from Congress to the White House, doesn’t properly have any kind of policy around what to do with the two companies or housing in general. There is no policy logic in play to meet any sort of housing goal, whether that’s lower rents, higher rates of home ownership, less of a government role or wall-to-wall carpeting for all.

As a nation, we aren’t aiming anywhere, but we do have leashes on these two giant companies.

So back to the banks: why would they care if a borrower pays a loan back early? Doesn’t that make him or her a good borrower?

In short, it’s about profits; borrowers pay off loans early because someone offered them a lower rate. If one borrower does it, lots are doing it. Which means their business is moving to another bank.

So any bank that offers a loan for as long as 30 years is likely to write in penalties for paying it off early. Unless some other giant company is willing to come in and say, “Don’t worry about that. We’ll buy the loan, Mr. Bank. You can keep your origination fees and we’ll even pay you for collecting the mortgage payments for us. Let them have that 30-year fixed rate loan with no pre-payment penalty.”

Everybody wins. It’s like a really great day of kindergarten.

That’s what Fannie and Freddie do. Then they package the loans and sell them as bonds. It keeps the mortgage system flowing. But what happens on the ground because of that? As Ms. McLean reports in her book: lots and lots of refinancing. She writes that by 1999, 82 percent of mortgages to people with less than pristine credit were for refinancing.

More often than not, those borrowers traded equity in their home for cash, too. Ms. McLean writes, “One could argue that refinancing worked to undermine, not strengthen, home ownership, by generating a lot of overextended homeowners who couldn’t make their mortgage payments.”

Yet, the federal government set up Fannie and Freddie to foster home ownership. Now that we own the two companies, taxpayers are more than ever on the hook for the $5 trillion in commitments that the two mortgage giants have made.

Most people, Ms. McLean have found, are unaware both that the government controls these two companies and that all the profit they are generating now that the economy is back on track now goes to paying down each year’s deficits.

Shaky Ground explains the pair’s fate, showing that there is no clear path to divorce the state from these institutions. If you want more detail on why a divorce is so tricky, check out her book, in which she breaks down several of the possible scenarios.

For Ms. McLean’s part, she just wishes Washington would decide what it wants to do with the two. She said, “Even if the fix is ‘We’re going to shut down government involvement in the housing market and see how that goes,’ well, at least that’s a policy.”

She arrived at this frustration with our collective indirection through her extensive reporting that made up this book, which follows up on other deep dives she’s taken into these companies over past assignments, including her last book with Joe Nocera about the banking crisis, All The Devils Are Here.

Ms. McLean’s narrative describes how the Congress and the White House could have found a completely new mechanism to keep mortgages at least somewhat liquid in the midst of the crisis, but politicians deferred making those decisions, defending their dithering with cliches about fixing the roof while the sun is shining. 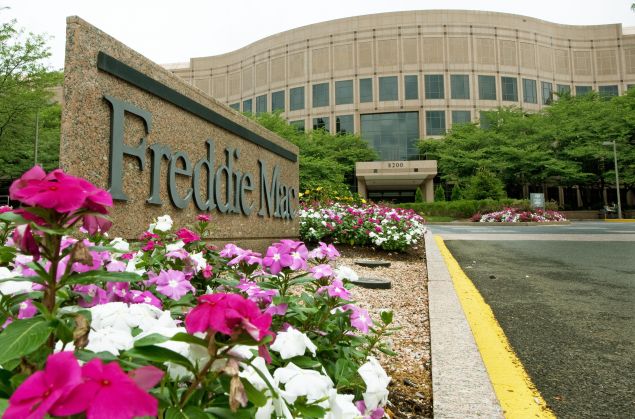 The economy is better now, but no one significant leader has made a serious push to decide the mortgage securitizers’ fates. Without anything to create urgency, that’s unlikely to change.

She surprised herself, she told us, by arriving at the conclusion that our economy needs a public guarantee of at least some mortgages, like that provided by the Fannie and Freddie. She said watching her own opinions evolve is normal for her when she takes on these giant topics: “I start out writing thinking I know what I think, but then I discover as I write that I often don’t know it as well as I think I do. And so then I have to iterate by doing more reporting or by rethinking what I thought I thought.”

It becomes clear while reading Shaky Ground that it was only in the midst of the financial crisis’ chaos that there was any hope of fundamentally reevaluating the government’s role in housing finance. Though as another book, James Kwak and Simon Johnson’s 13 Bankers made clear, the President’s priority has always been to keep the banking system functioning as it did before the crisis.

She did not find, in her research, that many of the people who had a role in sitting on the decision about what to do about these giant companies were willing to revisit that time and what they didn’t do then.