How do people pay taxes on bitcoin and other virtual currencies?

Ask anyone deep in the bitcoin scene and they will say that, to the IRS, it’s just like paying taxes on stock. To which you probably think: uh-huh, thanks, but we’re back where we started. Most of us have never paid taxes on stocks, either.

Wait, though—isn’t bitcoin the Libertarian currency? Isn’t paying taxes on it completely counter to its whole ethos? Maybe, but the stuff has real value in the world. Anyone playing that game does so at their own risk. Taxpayers that want to stay on the right side of John Law should get their books in order and pay Uncle Sam.

The Observer reached out to Daniel Winters of Global Tax, LLC, a New Jersey based accounting company that has made a special effort to serve customers in the Bitcoin sector. Mr. Winters walked us through some of the key points of the new IRS guidance on tax liabilities from bitcoin, released last year. We saw Mr. Winters speak at Blockchain New York, earlier this month.

Here’s some top level tips that Mr. Winters gave us for paying taxes on bitcoin:

At first this sounded like bitcoin was getting double taxed (income and capital gains), but it isn’t. Think of it like this: imagine both income taxes and capital gains taxes were 10 percent. If someone earns 0.35 bitcoin today, it would be worth $100 at the present exchange rate. That person would owe $10 income tax. Then, six months later, that person converts it to dollars, and gets $110. He or she would then own $1 in capital gains tax.

How bitcoin could transform music and gaming, as well.

The second payment is on the income realized by sitting on the bitcoin for six months, but not on the principal.

Bitcoin’s value has been going up at a reasonable rate since it hit its nadir in August. The value of currency reflects how many people actually want to use it as a medium of exchange. As the use of bitcoin shifts more to actual purchases rather than bitcoin speculation, that could keep going. For example, Overstock accepts bitcoin now.

If this post makes paying taxes on bitcoin sound complicated, the executive summary is this: there’s software that will take care of the most tedious aspects, so taxpayers shouldn’t let the paperwork keep them out of the currency if it fits into their life or business plan.

UPDATE: A previous version of this story inaccurately stated that $10,000 in bitcoin required reporting a foreign account and that Libra tracked bitcoin’s value across all currencies. 10/30/15 12:03 PM. 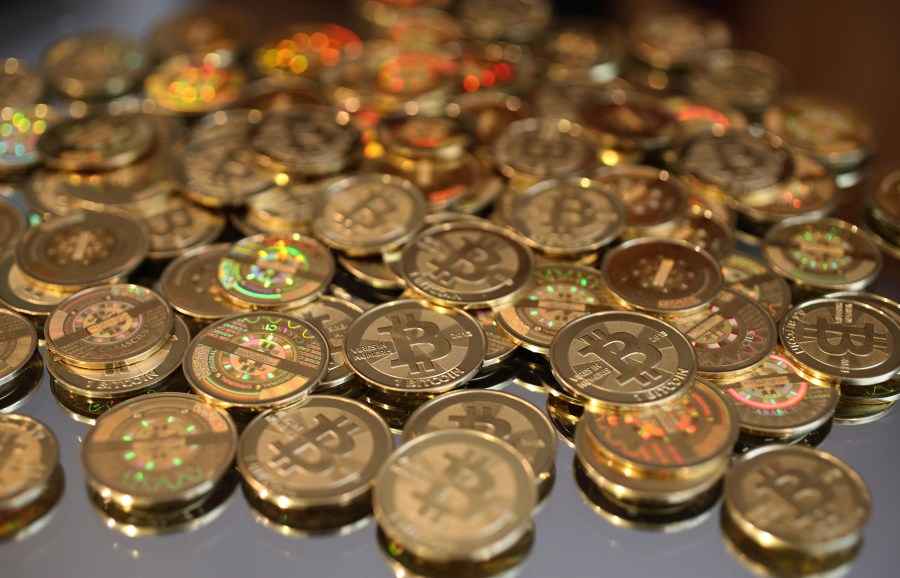