John Boehner’s decision to step down as Speaker of the House has set off a fierce battle that underscores the systemic problems facing today’s Republican Party. The same dynamic that eventually led Mr. Boehner to leave the position amidst a great deal of frustration has, at least in part, contributed to Kevin McCarthy’s decision to drop out of the race to succeed Mr. Boehner as well as Paul Ryan’s decision, at least for now, to eschew the formerly desirable post.

Inevitably, somebody will become Speaker and, unless Mr. Ryan changes his mind, it is very possible that several candidates will compete for this position. Given how the seeming power associated with the position, it is likely that several ambitious Republican members of the House will begin to envision themselves as wielding the Speaker’s gavel. However, the next Republican Speaker will be faced with essentially the same choice that finally frustrated Mr. Boehner: either try to govern and earn the wrath of much of the House Republican Caucus or give in to the most radical elements and give up on the legislative process.

Much of the coverage of Mr. Boehner’s decision to step down has framed the politics of these events as the far right not being satisfied with the centrist Mr. Boehner. That paradigm is not unusual in congressional politics, but it also does not fully apply to this situation. Mr. Boehner is not a centrist Republican who shares some positions with some Democrats and used his Speakership as a way to try to build consensus. He is a conservative Republican who steadfastly opposed President Obama and tried to push through a conservative agenda.

Any Republican who thinks John Boehner and Kevin McCarthy are too conciliatory and too focused on compromise rather than conservative principles is not going to be satisfied until they find a Speaker who will stand on the House floor stick his fingers in his ears and keep repeating “Repeal Obamacare and Defund Planned Parenthood,” until he passes out. As long as the House Freedom Caucus, the far right of the Republican congressional delegation, continues to exercise de facto veto power over who becomes Speaker, there is a good chance the next Speaker will, perhaps only metaphorically speaking, do precisely that.

A smart, young politician like Mr. Ryan would ordinarily leap at the opportunity to become Speaker of the House.

The emergence of this sentiment and the powerful block of Republican representatives who largely equate lawmaking with concessions and betrayal is due to the same force that leads Republican presidential candidates to attack each other for not being conservative enough. It is grounded in not just on conservative views but also an understanding of the political sentiments of the American people that is essentially fantasy. Liberals and centrists, whether Nancy Pelosi, Harry Reid, Barack Obama, the Clintons or others are not going away and will continue to enjoy substantial support from the American people. As long as that is the case, conservative Republican have to either work with them or give up on governing (Ironically, when Republicans have worked with Democrats they have often been successful in moving legislation rightward, despite the frustration of the most conservative wing of their party).

A smart, young politician like Mr. Ryan would ordinarily leap at the opportunity to become Speaker of the House. Moreover, in most cases, the House Republican caucus would be very happy to have a telegenic Speaker with strong conservative credentials. Mr. Ryan’s hesitancy to get into the race, and the rightwing opposition he is already beginning to confront, are evidence that these are not ordinary times for the Republican Party.

The increasingly dysfunctional fallout from John Boehner’s decision to step down and the question of who will succeed him may have a silver lining. It is taking attention away from a Republican presidential primary where the fetishization of outsider candidates has led to one leading candidate simply making things up about Planned Parenthood and another making increasingly offensive assertions that the Holocaust could have been prevented had Jews had more access to handguns. For a Republican Party that is facing the very real possibility of a third consecutive Democratic win in a presidential election and shrinking majorities of congress, this is very cold comfort. 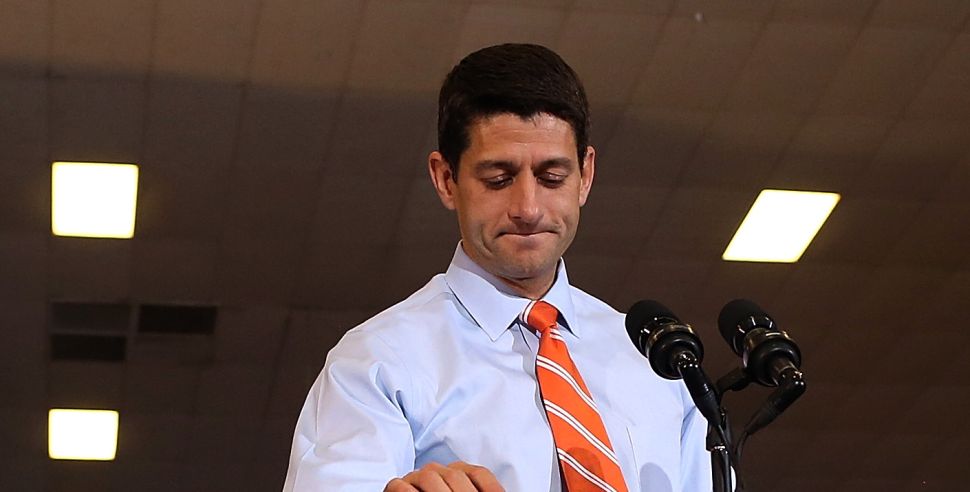