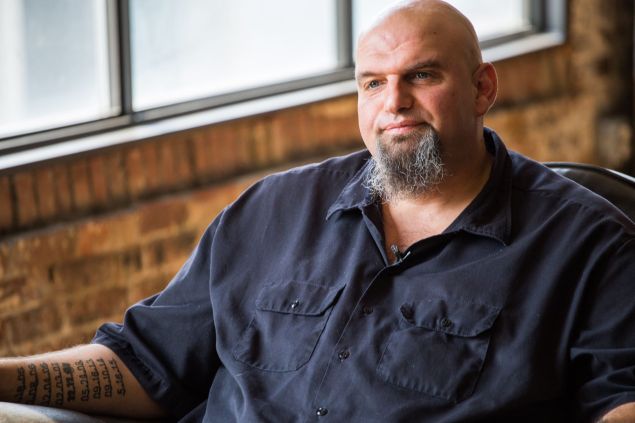 Braddock, Pennsylvania has seen better days. The small town, about ten miles up the Monongahela River from Pittsburgh, was once a vibrant hub of prosperous steel mills. But with the decline of the steel industry, the town’s population – once at 18,000 after World War II – has dwindled to less than 3,000 inhabitants today. Real estate values have plummeted more than 50 percent, and those who remain are without resources to move.

Many looked at Braddock as a lost cause, but John Fetterman saw potential. In 2001 Mr. Fetterman arrived in Braddock to help local youths earn their GEDs, after receiving his Master’s Degree in Public Policy from Harvard University. In 2005 he won election for mayor by a single vote, and the town has been steadily recovering ever since. Mr. Fetterman is now looking to build on his success in Braddock by running for the Democratic nomination for the U.S. Senate hoping to face incumbent Republican Pat Toomey in 2016.

“The main reason why I am running is to take the issues I care about deeply and I have been working on for the past 14 years or so here in Braddock, and take them to a bigger platform–by doing so I’d have the ability to make a national case for these issues I care so deeply about,” said John Fetterman in a phone interview with the Observer. “I would say the single thing that I’m most proud of is that we went nearly five and a half years without the loss of life in our community through violence.”

Mr. Fetterman has the dates of all murders that have occurred in Braddock since he took office tattooed on his arm, with the town’s zip codes on the other.

“Since I took office, we have also worked to bring in new businesses. We started the largest youth program in Allegheny County, worked to bring back playgrounds and basketball courts, attracted the first private developer [in decades] back into the community to create market-rate housing, and brought healthcare back into our community after PNC Bank closed our hospital in 2009.”

We need to have an honest conversation about how we take on the war on drugs, treating it more like a medical issue instead of locking everybody up.

When Mr. Fetterman first took office as mayor in 2006 – a position for which he earned just over $100 a month in addition to the small salary he received as director of the out-of-school youth program for AmeriCorps – the town was deemed a distressed municipality by the state. Braddock, predominantly inhabited by low-income African-Americans, was basically viewed by outsiders as unsalvageable. Through art exhibitions and the work of Mr. Fetterman’s non-profit, Braddock Redux, the town is in the midst of a Renaissance.

Many of the issues Braddock is grappling with are widespread problems which occur on a national scale.

“I would say at the core of my campaign is this scourge of inequality, whether its inequality of wealth, income, housing, opportunities, education, even coming down to the inequality of the air that we breathe.” Mr Fetterman added, “then there are of course other issues attached to that tangentially like climate change and immigration.”

Mr. Fetterman’s wife, Gisele – originally from Brazil – lived in this country for years as an undocumented illegal alien, but now leads several charitable efforts including Free Store, a converted storage container she stocks with donated and surplus clothing for local residents in need.

A firm believer in decriminalizing marijuana, Mr. Fetterman thinks “we need to have an honest conversation about how we take on the war on drugs, and decriminalizing drugs, treating it more like a medical issue instead of locking everybody up. I can speak firsthand on how it doesn’t work and how it has negatively impacted communities of color like my own.” Similar sentiments were echoed in a report by the United Nations, leaked by Virgin Founder Richard Branson.

Mr. Fetterman faces formidable opposition from the Democratic Primary. Joe Sestak, a former U.S. Congressman who was narrowly defeated in the 2010 Senate race against Pat Toomey, is the frontrunner by a slight margin with Katie McGinty, former Pennsylvania Secretary of Environmental Protection, also in the race.

“I’m not here to say what sets me apart from the other candidates, I’m here just to tell my story,” Mr. Fetterman explained.

In many of these communities, their best days were a generation ago.

After announcing he was running for Senate a little over a month ago, he has gained ground on his two main opponents, with a recent poll conducted by Public Policy Polling putting Mr. Fetterman at 14 percent, to Katie McGinty at 22 percent and Joe Sestak at 39 percent, while 35 percent of voters remain undecided. National Democrats have yet to fully embrace a candidate.

Mr. Fetterman added, “We’ve already set two records in the amount of dollars raised and the number of donors who have stepped up, so it’s very much an a-la-Bernie Sanders kind of grassroots campaign where it is predicated on getting the word out and demonstrating our record, the things we have done, our experiences and how relevant they are to so many different communities across the commonwealth.”

Mr. Fetterman has significantly less funds at his disposal than his opponents, but is planning to contend via small donations from a large quantity of individual donors.

“It’s a sad state of affairs that money seems to be so important in politics, but no matter how much money a campaign has, you can’t buy a narrative and you can’t buy a resume. We’re banking on our experiences in Braddock and taking those out to the voters. Pennsylvania has a lot of great, solid blue collar towns. In many of these communities, their best days were a generation ago and that’s really the message that I’m taking out across the commonwealth.” 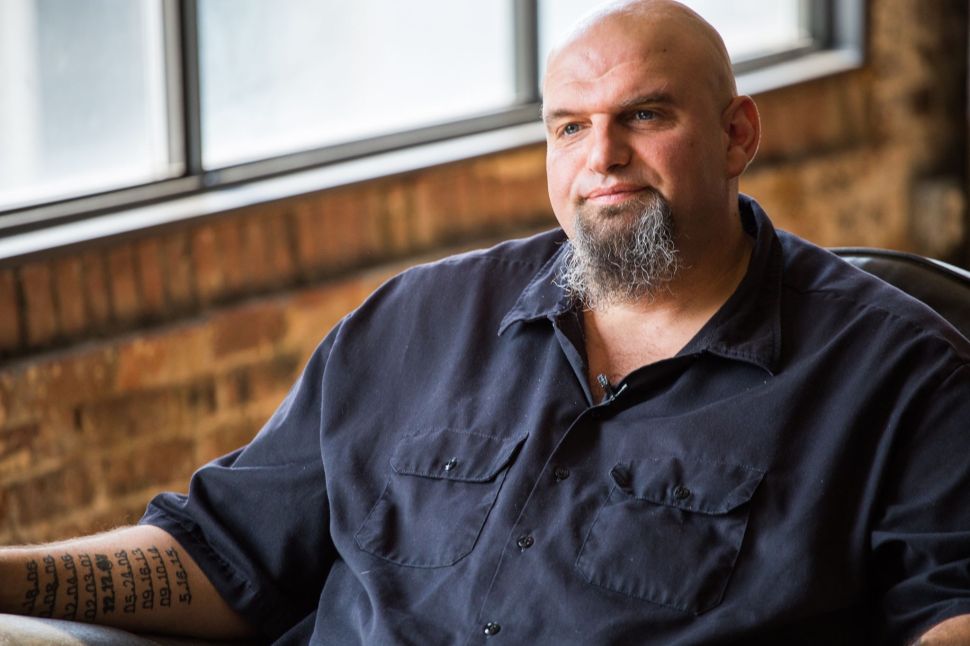