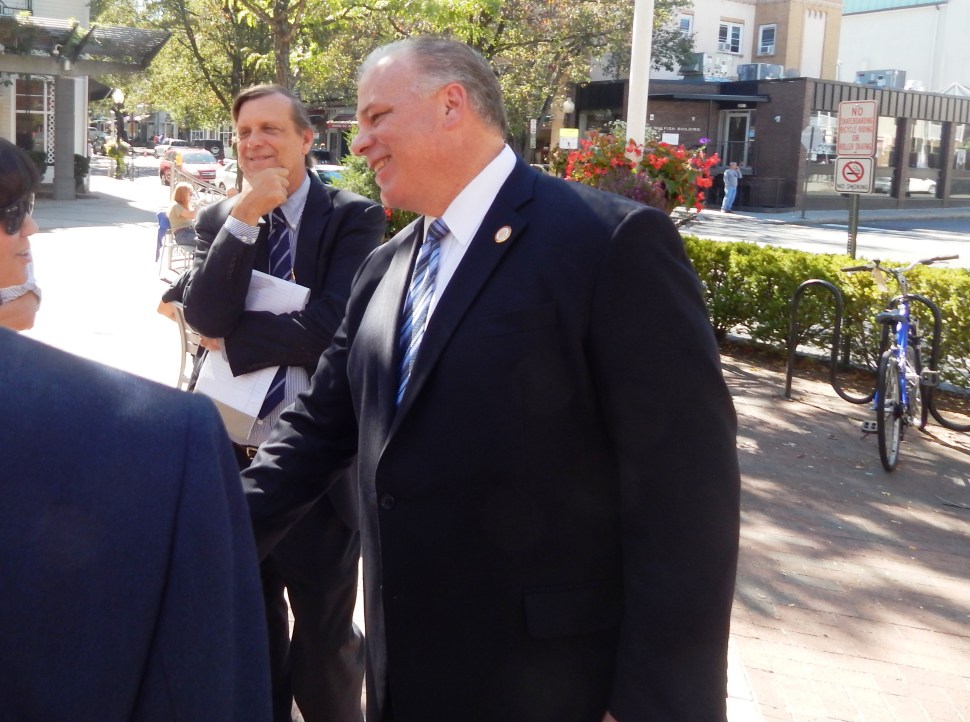 But Balmir still stands at the center of attention around a backroom war between camp Sweeney and the team belonging to Sweeney’s 2017 gubernatorial rival, Jersey City Mayor Steve Fulop.

The mayor slapped at her husband on PolitickerNJ when he found out the Hudson County Freeholder’s wife had taken a job with Sweeney.

Sweeney mostly grinned off the incident today when asked about it by PolitickerNJ.

“I’m not going to criticize Steve for reacting or overreacting the way he did,” said the senate president.

But, he added, he was surprised by what he sees as the mayor’s lumping together of Balmir and his wife based on Missy Balmir’s employment with the senate prez. Sweeney insisted the pair could work on opposite fronts of a political fight without necessarily turning their own household into a warzone. “Missy’s a professional, a well respected pro. Gerry [Balmir, her freeholder husband] as far as I was concerned was Fulop’s guy,” Sweeney told PolitickerNJ. “I never thought much about this. I thought Gerry was going to be with Fulop.”

The mayor sustained some backlash in the aftermath of his comments about the Balmirs, including a retort from state Senator Ronald L. Rice (D-28).

PolitickerNJ also asked Sweeney about the movements of his other Democratic Primary rival, former U.S. Ambassador to Germany Phil Murphy, whose new 527 political organization continues to gobble up TV air time in order to package Murphy as a middle class-rooted guy made good.

“He’s trying to resonate with people,” Sweeney said of Murphy. “He’s made it clear he’s going to run for governor.” 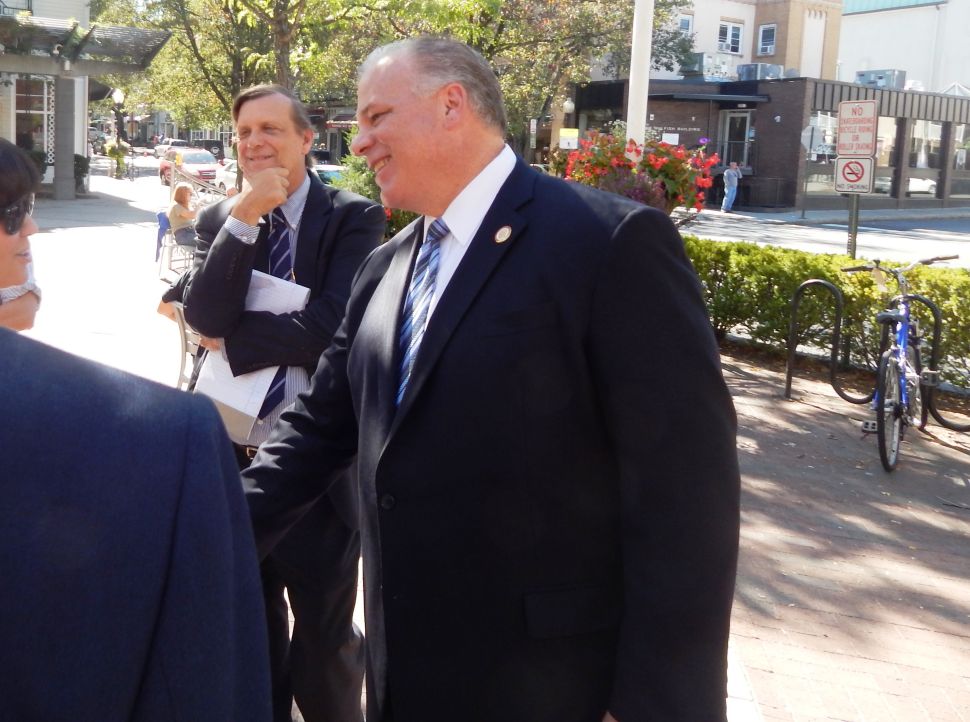