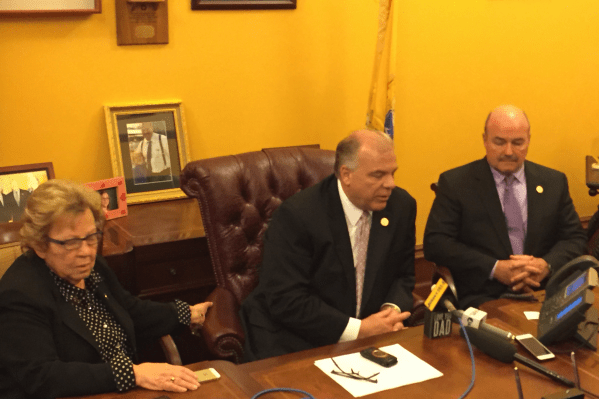 TRENTON – Following Thursday’s vote to override a gun control veto from Governor Christie, Senate Democrats are predicting retaliation from Christie against Republicans who went along with the first override vote in the administration’s history.

“Again I give my colleagues on the Republican side of the aisle an enormous amount of respect, because i’m sure they’re going to have some rough days ahead the way this administration reacts,” said Sweeney.

Republican senators Joe Kyrillos (R-13),Chris Connors (R-9) and Kip Bateman (R-16) all broke with the governor and voted to send the bill on to another override vote in the Assembly. 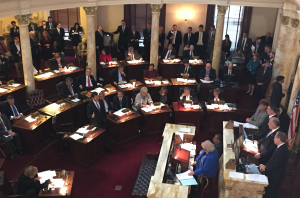 Former supporter Senator Jen Beck (R-11) pointed to media reports that she said misled her about the bill, which would require mentally ill gun buyers to notify law enforcement when having their record of mental illness expunged.

“I am a co-sponsor, and at the time I believed what had been said by my colleagues, that somehow this bill would have stopped Chris Harper,” said Beck during the session, pointing to a news report linking the bill with the shooter at an Oregon community college earlier this month.

“There’s a whole lot of pressure going onto these individuals,” said Sweeney. “And obviously it worked. Senator Beck switched her vote and blamed the media for it.”

Senate Majority Leader Loretta Weinberg (D-37) joined Sweeney in saying that their caucus does not consider this a solely political victory.

“I think for the first time, the Republican people who joined, and I too have a lot of respect for them, have taken it out of politics so that it’s not political,” said Weinberg. “It’s about what’s good for their constituents and, in fact, what’s the right thing to do for the residents of New Jersey.”

“You had somebody who not only voted for it the first time, but voted to override the last time and then somehow read all your press reports,” she said, gesturing to the room.

Experts are already calling the vote a serious turning point for the governor. Ben Dworkin, professor of political science and director of the Rebovich Institute for New Jersey Politics at Rider University, called the vote a sign of Christie’s deteriorating influence by email.

“The vote is momentous not because of the bill itself, but because it’s the first time this has happened in the history of the Christie administration,” said Dworkin. “It has provided a chink, however small, in the Governor’s previously impenetrable armor.”

“Such a vote was bound to happen eventually, if for no other reason than the fact that Chris Christie is a lame duck governor entering his final two years in office. He is certainly his party’s dominant leader, but his clout isn’t the same as it once was.”

“I think this was necessary,” said Bateman after the session. “Is it a perfect bill? No. But we can’t sit back and not do anything.”

“It’s not easy to override your governor. I’m sure he’s not happy with me but you know what? You’ve got to do what’s right,” he said, adding that he had serious misgivings about Kean’s rival expungement bill.

“The bottom line is, that bill wasn’t going to see the light of day.” 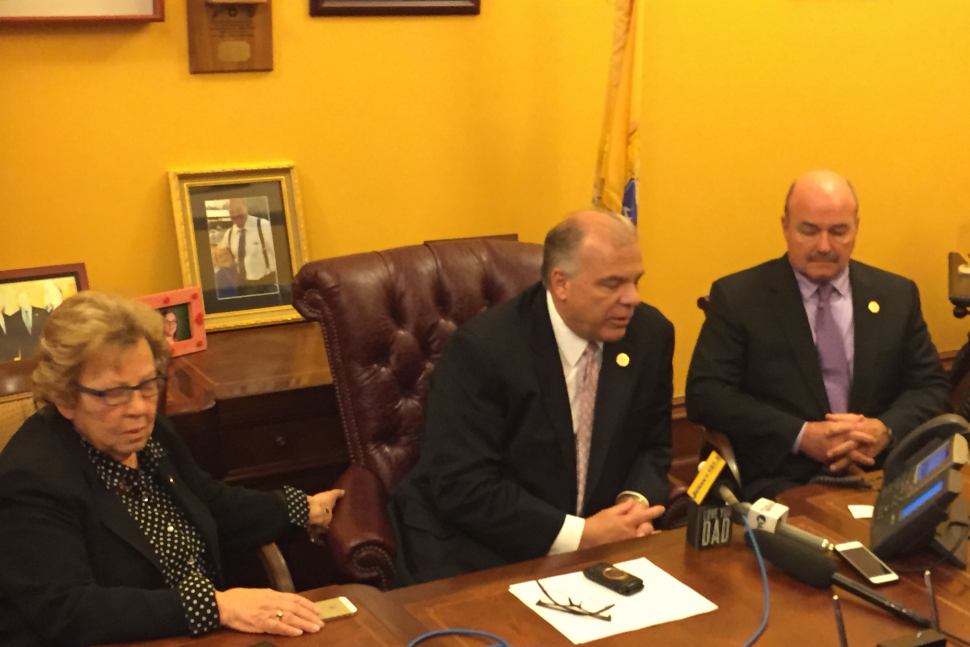