You know those creepy toy monkey things? You know, the wind-up ones that smash cymbals together all creepy? Or real slowly, like the one from Phantom of the Opera? Well, that’s what The Affair is now, just instead of a monkey it’s an hour-long prestige drama on Showtime, and instead of smashing cymbals together it’s smashing…symbols together.

Okay, that was a streeeetch but come on. If this episode was packed with anymore symbolic lessons learned it would literally have just been live-feed of a fortune cookie for 56 minutes. Occasionally someone would crack it open and display fortunes to the camera like:

“Sometimes you just let your dog go free, even if it did cause the chicken holocaust.”

“Hold your breath and jump into the salt- pool, no matter how much it reminds you of the cruel ocean that killed your son.”

Also, and this one is actually just verbatim, “If you’re having difficulty with the end, you fucked up the beginning.”

Actually, wait, hold on, can we talk about how important it probably is somehow that the bar from season one was named THE END? Even back then, I thought that name was a little heavy-handed, no? Like, okay, this show is about an author writing a book vaguely based on a real life murder he committed, and both the show’s narrative and the book’s narrative all come to a climax at a place called THE END?

But then we come to this episode, which had a lot of talk about endings. Ending the engagement between Allison and Noah, hours after it started. Ending Helen and Noah’s marriage. Ending Scotty’s life. The ending to Noah’s book. The end, the end, the end. In all cases, the parties involved can’t quite figure out the best way to conclude things. Who killed Scotty? Is the engagement a good idea? Is the divorce amicable, or does it require a huge, messy and expensive process? Does the ending to Noah’s book have not enough (0) or too much (1) murder? Even the simple act of cumming, a type of ending in itself, is confused and muddy in the opening scene, in which Noah repeatedly asks Allison if she’s going to finish and she’s like “probably, if you stop talking.”

These plot points, like THE END from season one, also read like classic plot points, problems to solve, that a self-absorbed novelist like Noah would work into a book, thinking he’s super clever all the while. Like last season, I do think there’s a curious likeness between The Affair itself having multiple viewpoints and differing actions as Noah write books parallel to his life. Am I saying this series is going to end with Noah in a mental institution writing constantly changing drafts of his second novel? Uh…maybe? Okay, no. I’m just saying, he did tell Allison his dream is to stay in their cabin and write “book after book,” as the tiny details of The Affair continue to change and even small dinner parties and arguments are vastly different across the different viewpoints.

So taken at face value, aka NOT the rambling imaginings of a psychotic author, The Affair‘s current plot-line can be summed up as “these people fucked everything up, and can’t seem to remember how.” When Whitney comes to visit The Cabin in the Woods, the differing details are sparse: Did she use her “street skills” to get there, or take an Uber? Was she aggressively enraged at Allison’s presence, or simply passive-aggressive breakfast-making enraged? Noah either did or did not have to use force to restrain her. (Funny that this only happens in Noah’s memory.) Either way, it’s pretty certain that she asks Allison for Scotty Lockhart’s number and address, which brings up a number of points. 1) Whitney is still dangerously obsessed with Scotty, despite a restraining order her grandmother put on the youngest Lockart 2) Scotty is still alive here, and definitely not vehicular-murdered, which is 3) before Noah figures out the perfect ending to his book, which you have to assume includes at least a little murder.

Contrast that with the lone flash-forward scene this week, in which Noah’s book is a completed best-seller, and Scotty is Montauk roadkill. But Noah, didn’t hit him. Nope. No way. He hit a deer, and someone else totally hit Scotty. “Was Scott Lockhart riding the deer at the time?” Jon Gottlief asks him.

So, three theories: 1) Whitney, still a little teenage-crazy, killed Scotty and Noah is covering up. 2) Cole hit Scotty by accident, and Noah is FOR SOME REASON covering up. 3) This is my front-runner, and by far the most plausible….Scotty Lockhart actually was riding the deer at the time, because if anyone was going to get hammered at a wedding and ride a full-grown deer down the road at night, it’s Scotty Lockhart.

Much like Joel Schumacher’s disastrous 2004 remake of Phantom of the Opera, there were so many unnecessary perspective changes in the latest episode of The Affair. Like: why did they switch the chandelier crash to the finale when it happens at the end of the first act? (Phantom.) Why did we have to see yet another example of how mind-blowingly different Alison and Noah’s remembrance of that dinner scene went, especially now that we are not framing their broken narratives through the lens of a police testimony–which at least made sense–instead of what we have now; which is a vague feeling that if both parties in the same room can’t remember whether they either A) told their hosts the truth about their previous marriages or B) made up a big ole’ weird backstory out of whole cloth (sure, right Alison did that. Totally in-character and believable, A+++), one or both of our narrators have gone clinically insane. (The Affair)

Another thing that bothered me about the Phantom of the Opera movie is why did they shoot the present-day scenes of old Raoul putting that weird monkey toy on Christine’s grave in black and white, and showed the flashbacks with color? THAT’S THE OPPOSITE OF HOW FLASHBACKS WORK. 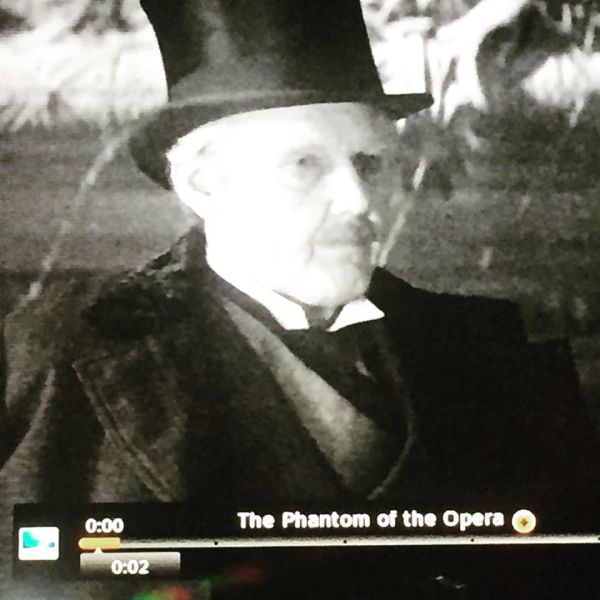 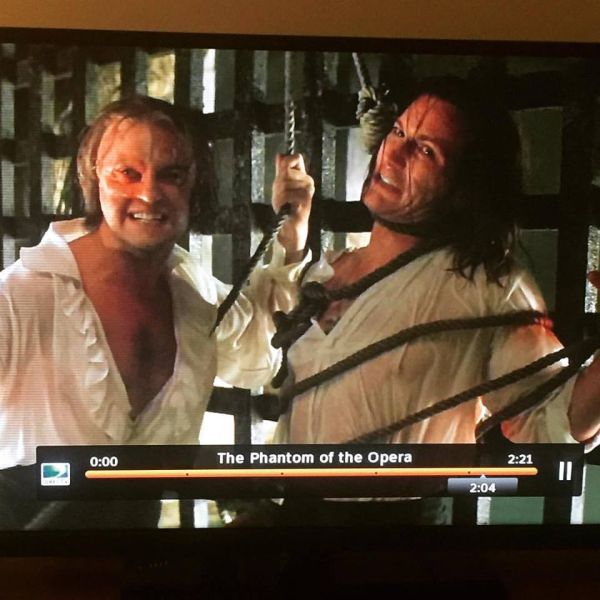 Likewise, this show is also bad at telling time, in this case, all those flash-forward scenes that are now virtually indistinguishable from the present day, except Helen’s bangs and how much money Max has in a bank account labeled The “Let’s Get This Divorce ROLLING” Fund.

Another  timeline issue on the show (new alt title: The Affair Looper): how far back is this storyline, or how far in the future are we jumping, vis-a-vis IRL time? Will Max be affected by the 2008 housing crisis? Did Noah get caught by the pre-cogs? WHEN are we, people?

Oh, one important thing to note: In the pre-trial timeline, Scotty isn’t dead yet. How do we know? Because Alison says in the future line that Scotty died the night of Cole’s re-wedding. Cole, as we saw last week, has not re-married that au pair that he had a glancing interaction with when he almost ran over the child she’d been paid to watch. (They already have so much in common! Like being terrible at their respective jobs!)

AND YET: Noah was having visions of running down someone–what looks to be a woman with medium-long hair–before Scotty died! So it’s possible that in addition/ instead of Scotty, Noah also/only hit some other lady with his car. Though when would have THAT happened: it’s only been six weeks since he’s moved in with Alison, and he wasn’t having these weird memories last season. Maybe his throw-away line about having a car covered in blood because he hits deer all the time means that he vehicular man-slaughtered someone else?

Or wait: maybe it’s NOAH who has been the pre-cog this entire time? Duh-duh-duh. 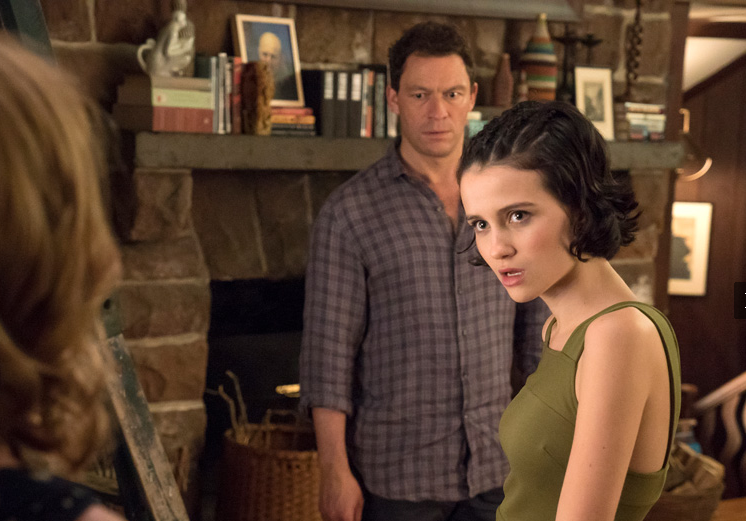