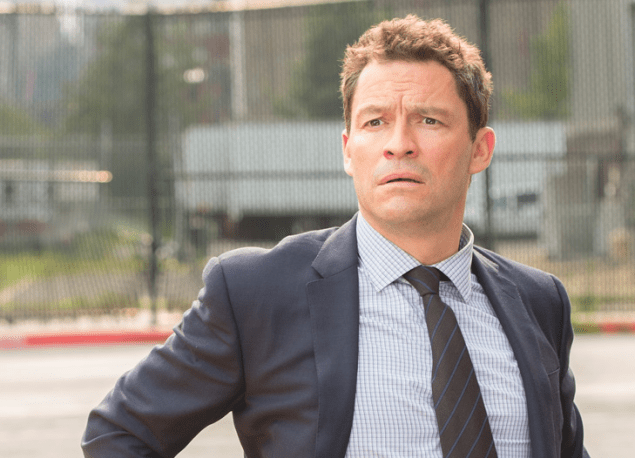 So we can we just subtitle this episode “Helen and the Terrible, Horrible, No Good, Very Bad Day?”

Four episodes into season two and The Affair has taken all that was interesting, captivating, and dare I say fun about season one and let it ssssssink back into the ocean. I’m not just talking about the murder mystery, which is basically a wet fart noise in the background of season two (oooh the case is still in Montauk, you say? Didn’t we already see the court charge Noah a week ago?) I’m also talking about the differing viewpoints having a purpose, showing subtle changes and highlighting things like hyper-selective memory, male privilege, post-traumatic stress, self-esteem, etc, etc.

Noah’s life is 1/16 less shitty than Helen’s this week, but it’s still pretty shitty. At least we found out he has the same dad as the Joker AHEM I mean Jerome from Gotham. Looks like it’s finally time for the AFFAIR RECAP-GOTHAM REFERENCE GUIDE CROSSOVER EPISODE….but really what if the Affair is just the Joker’s origin story? Oh my God, remember in The Killing Joke when the Joker said “if I’m going to have a past, I prefer it to be multiple choice?” THAT’S LITERALLY THE CONCEPT OF THE AFFAIR. 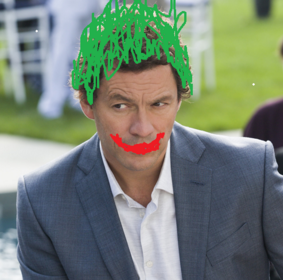 Just to piggy back off my theory that all the viewpoints on this show are different drafts of Noah’s novel, maybe we’ve entered the portion where he grows frustrated with the medium and tries his hand at comic books. Since evidence has shown Noah can’t write worth shit unless he’s stealing from real life, he basically just writes Batman. Blammo. Figured it out.

Sigh. I used to come up with these Affair theories because I was so into the show. Now I do it just to keep watching.

For some reason the show is still trying to frame everything as *super serious,* and the results are…hilarious? And I can’t tell if the writers want it to be hilarious? Watching Helen run down the street in the hairdresser gown and curlers set to a song from“Prestige Cable Drama Soundtrack # 46” should win an Outstanding Comedy Emmy. Again, am I supposed to be laughing? And why was no one at the salon mad that she took the gown?

Fuck it, let me just run down Helen’s day and tell me it’s not a subpar episode of Louie.

-She finds out her elderly mother is now cosplaying as David Bowie circa Ziggy Stardust.

-She gets high as balls and stares at a jar of vinegar (that’s fair), but then she just happens to find the one hairdresser in NYC who is super judgmental when she finds out her customer ate an edible. 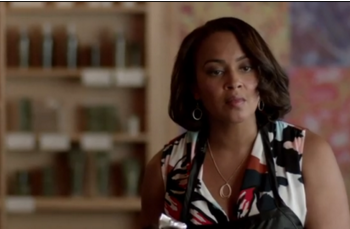 -To top it all off, she rushes to pick up her kids only to find A) that one son is still awful and B) the giant silver dick her daughter made doesn’t fit in her car. This leads to Helen DUI-ing right into the car behind her, and then accidentally elbowing the cop that intervenes. *insert trombone sound*

I mean, I get black humor, and being so uncomfortable at the ridiculousness of a horrible situation that you laugh and feel bad for a character at the same time. But I don’t feel bad for Helen. I don’t know if it’s the writing, the acting, the directing, whatever, but I don’t feel bad for anyone on this show. I did last season, when I thought there had to be more to all this. But no, it’s just toxic human beings being poisonous to each other’s lives, and dragging everyone in their orbit into the muck with them.

Sigh, again. I feel such nothingness after this show ends now, they should change the name from The Affair to Uhhhhh…fair, I guess?  ¯\_(ツ)_/¯

As a brilliant man once told us “Gotham deserves a better class of criminal!”

And that’s as true of The Affair as it is for the Batman: Noah Solloway is a terrible possible-murderer for The Affair...but maybe that’s only because a The Affair doesn’t deserve a better class (or at least less classist) bad guy than that of the perpetually constipated Dominic West. At least we now know his son comes from by his backed-up bowels honestly.  Unless it’s definitely appendicitis, and that eldest son is going to die from septic blood poisoning halfway through the season; which at least will give Alison a chance to say “Told ya!” And also “Yeah how easy is it to concentrate on sex when your firstborn son is buried in the ground NOW, asshole?”

Too dark? Maybe. But that kid –I refuse to learn the first names of any of those Von Trapp children when I’m still having trouble remember my niece’s–has had these increasingly dire stomach problems all season, and the pilot episode’s foreshadowing of his death (he pretended to hang himself) make me think that for all Helen’s dough spent on a therapist, maybe what this kid really needs is a good ER visit.

Now, anyone who remembers our brilliant True Detective: Season 2 recaps will recall that I think James Frain is a poor man’s Dominic West. “Ooh, they are both so good at American accents and playing bad boy cops!” But what if we take this theory to its logical end? That Theo Gallivan, played by James Frain on Gotham, is just a smokescreen for the real villain of the franchise? A man so twisted by the painful death of a child he couldn’t be bothered to save while on his righteous crusade against the legal system that he becomes the criminal he was once wrongfully accused of being?

Maybe Noah realizes that the sickness of the world he married into was greed, and he spends the rest of his life toppling down the false idols of capitalism, wherever they may appear.

Think about it: who was Noah in the bible, except the man who sacrificed a son (in the Aronofsky version, anyway: can someone do a fact-check on that?) in order to save a few select creatures from a purifying flood that would wipe out the rest of society? And who was Ra’s al Ghul? The head of The League of Shadows, which show up to purify any society that has become too corrupt and wicked because of their greed?

It might seem like a tenuous link, but here’s the Bat-key: character actor Mark Margolis. Jerome’s blind father from Gotham. The blind prophet in Noah. The mute, crippled Tio Salamanca from Breaking Bad, who ended Gus Fringe’s organized criminal enterprise with one final “TING!” of his wheelchair bell. And now here on The Affair (where it was hard to tell if he was blind or what) as Noah’s father. And what does he do, first thing? Issue Noah some strange, cryptic explanation for his own sins, which involved some sexually progressive blond woman brought home by Noah’s mother, either for a threesome or as some kind of maternal replacement in the event of her death.

We don’t know yet what this woman meant to Noah or why it was so difficult for him to hear about her, but between his own sins and the sins of his father, we know that Noah’s grudges extend far beyond the 1%-ers like his father-in-law (now missing, DUH-DUH-DUH). It’s got to be large enough to include  Max, the millionaire best friend that beds his wife while buying up half of Brooklyn’s undeveloped real estate to flip into hotels. And it’s got to be large enough to include Helen and her brownstone liberalism. It includes Scotty and Oscar, who were not rich themselves, but fed off those desires of upper-class by providing the summer people with drugs, sex and transportation.

It works out: even the littlest daughter of Noah is already building her rocket ship; the metaphor that will one day propel her out of the pit and allow her to rise, rise, rise.

Oh, and that was some kind of awesome portrayal of an edible-induced panic attack. I had one of those driving around LA, and while I definitely didn’t end up in jail after hurting my own kid, I DID lose my rental car for like, five hours somewhere off of Santa Monica. I feel your pain, Helen. 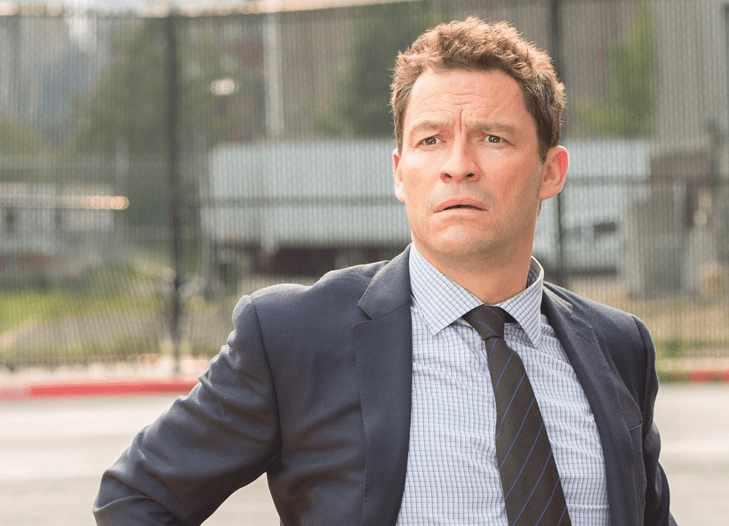