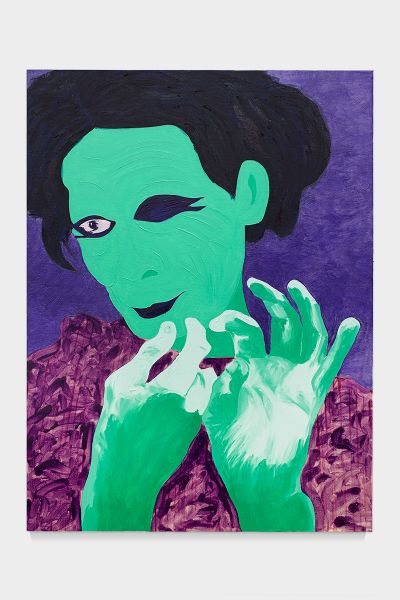 Despite having honed an intelligent yet boisterous painting process for the last 40-plus years, Los Angeles-based art guru Thomas Lawson is just as likely to be known as a) the dean of the prestigious School of Art at the California Institute for the Arts and (b) the talented but polemical art writer who penned the potent 1985 comeuppance of Neo-Expressionism titled “Last Exit: Painting.”

As is such, he’s one of the few personalities in the art world who’s both a rule-maker and a rule-breaker.

One can plainly see this conspicuous contradiction in Mr. Lawson’s new suite of electrifying paintings, on view at this gallery through the 18th. Despite using purist notions of abstract form and color that date back to 1950s art critic Clement Greenberg’s domineering brand of New York School formalism, Lawson fashions nothing short of a vicious attack on photography’s “objective eye” via these modestly sized canvases. 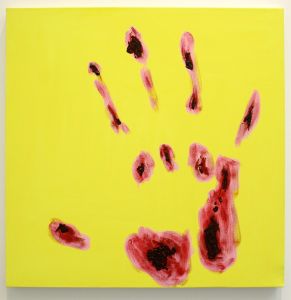 Mr. Lawson, who bases his portraits off of found media images, goes on to flatten his pictures into a jigsaw puzzle of chromatic forms, each embellished through an assortment of lively paint-handling styles.

In Dislocation, 2015, for instance, Mr. Lawson wedges the coldest gyre of mint green between masses of smoldering purple, indigo and violet, while granting each hue its own distinct painting technique—from the chunky, ribbed lines of a shock of hair, to the luscious transparency of a delicate sweater. Prismatic experiments such as these result in a group of highly charged characters, each owning an agitation that matches their aggressive hues. The outgrowth is a visually disabling passion; one where piquant forms create an aura of confusion that even permeates the subject’s style and gender.

It’s no small feat to clearly describe your subject with such an analogous practice, but that’s exactly what Mr. Lawson does so effectively. His is also an apt metaphor for what most great painters understand inherently—that by defying categorization, an artist can encourage the viewer to shed their biases and re-engage with wild beauty. 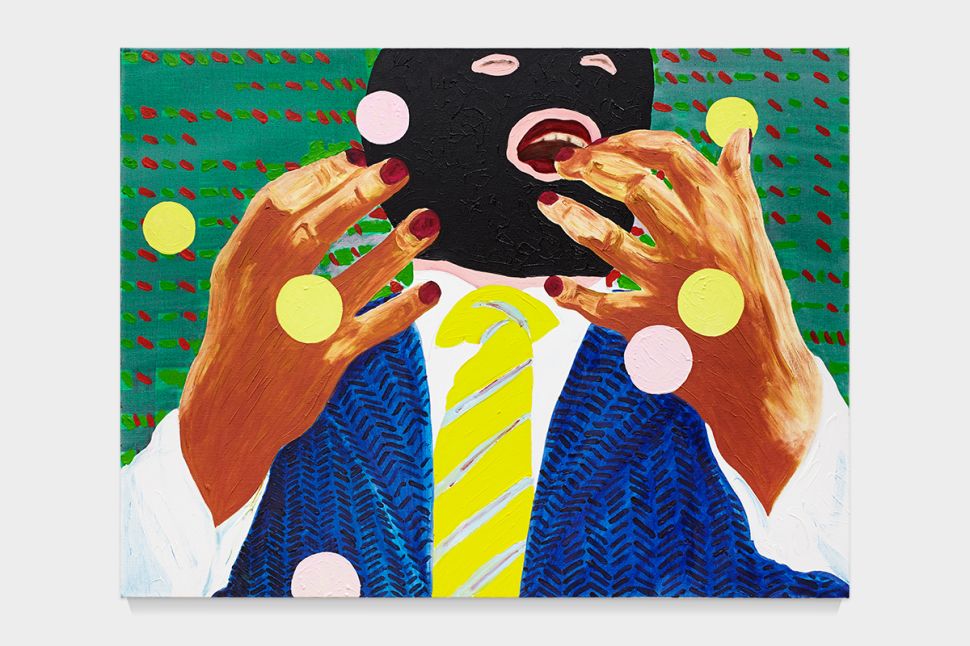