It says a lot about New York, and New York now, that the Stuyvesant Town-Peter Cooper Village deal has been heralded as a victory for affordable housing.

Under the terms of the deal, the Blackstone Group, which agreed last week to purchase the massive, postwar housing complex for $5.4 billion from CWCapital, would keep 5,000 of the complex’s 11,232 units affordable for the next 20 years in exchange for $221 million in aid from the city, which would come in the form of a low-interest loan and a waived mortgage recording tax. As far as affordable housing subsidies go, this one was comparatively cheap, working out to about $30,000 per unit over the life of the deal, according to the de Blasio administration; for context, they often spend $60,000 and sometimes as much as $100,000 per unit.

To a large extent, that’s possible because the units will go to middle-income tenants who will pay relatively high rents: a family of three earning up to $128,210 a year would pay $3,205 for a two-bedroom. (Five hundred units would be set aside for lower-income families making up to $62,150 a year, and would rent for approximately half that.)

As far as affordable housing subsidies go, this one was comparatively cheap, working out to about $30,000 per unit over the life of the deal.

We have no problem with this; New York needs affordable housing for middle- and low-income residents alike, particularly in high-opportunity neighborhoods. As the city becomes increasingly stratified, the mayor should do what he can to maintain the middle class’ presence here. And what better place to do that than a complex that was, until the disastrous Tishman Speyer deal, a stronghold of the middle class?

At the same time, the deal is far from a home run.

For starters, by the city’s own estimates, approximately 1,500 of the 5,000 units, which are protected by rent regulation, would have remained affordable without the city’s intervention (The New York Times reported that some 300 rent-regulated units turn over to market rate every year). So while the complex’s new owners have lost the incentive to deregulate units, it seems like somewhat sneaky accounting to count all 5,000 of those units toward the mayor’s 200,000 unit affordable housing goal.

Furthermore, the deal works on the assumption that the cost of rental housing will continue to skyrocket, which far from certain. The Tishman Speyer deal went bad for many reasons, but one of the very real problems was that apartments, once converted to market rate, didn’t command the high rents Tishman thought they would. While the de Blasio administration has repeatedly spoken of market-rate units at the complex renting in the $7,000s, according to StreetEasy, the average asking rent for two-bedrooms is currently $4,250.

In fact, only one unit is priced over the $5,000 range: a five-bedroom, two-bath asking $8,670 a month. To be sure, the affordable units will have one considerable advantage over the market-rate ones: residents can settle down without fear of getting priced out.

The other sticking point is the time frame: 20 years. The de Blasio administration has insisted that 20 years is a long time, long enough to raise a child, maybe even two. But what happens then?

The de Blasio administration argues that deals at the complex have historically been struck on a 25-year basis, but the affordability needs of New York are different now. We remain a city of renters, and the city should do everything it can to make sure that affordable rental housing is not a temporary proposition.

In short, the affordability deal is a welcome change from the chaos that has consumed the complex for the past decade, and a relief to tenants who have had to contend with illegal destabilization. The de Blasio administration did the best they could, and that’s of real benefit to complex’s residents and the city. But they should call it like it is: we’re not making a more affordable New York, we’re protecting a small island of affordability, for a relatively short time, in the midst of a city that has become increasingly unlivable for the lower and middle classes. 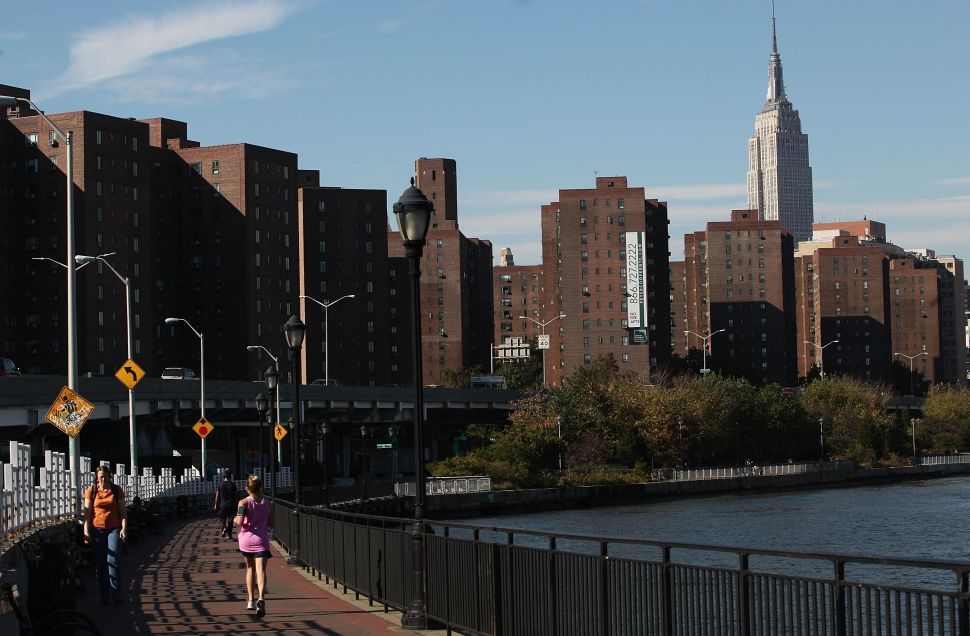