When our next class of entrepreneurial journalism students arrives at CUNY, I will present them with that challenge and these opportunities: Why not start a new media enterprise entirely on Facebook? Why not build a news business that is meant to be distributed everywhere—via Facebook, Twitter, Medium, Apple News, aggregators, and all over—while keeping a website merely as an archive? Why not create a new kind of curator that takes advantage of all this free-flowing content and solves a real media problem today: that there is just too much content? And if you are an existing (old) media company, why not give up your dependence on getting readers to come to you and instead go to them; why not become radically distributed?

First, of course, is the inexorable rise of social and search in sending audience to media sites. On some American news sites, only ten percent of the audience in a day even sees the home page that is so lovingly and expensively crafted with professional news judgment. The vast majority of readers go directly to stories from links. So in truth, media websites are already unbundled, even for users who come to them: “Site? What site? I just came for this story. My friend sent me here.”

Second: Facebook’s Instant Articles gives publishers access to users’ News Feeds—publishing directly on Facebook—and the ability to serve ads there and keep all the revenue. The Washington Post has decided to distribute all its stories on Facebook this way. You’ll soon be able to read Post articles via your new editors—your Facebook friends—without having to go to the Post’s site.

Third: Last week, Google announced an open-source answer to Instant Articles, called Accelerated Mobile Pages (AMP). On the one hand, AMP is simply a standard that will speed up the serving of web pages through sharing some code, storing some content closer to users, and reducing advertising and data collection delays. But on another hand, AMP enables content to travel the web with its brand, revenue, data collection, and links attached. Content can come to the readers rather than making the readers come to the content.

This means when you encounter a link to a web page via Google News or Twitter or any app or web site that uses the AMP standard, you will no longer need to wait and twiddle thumbs while a browser loads, then the content loads, then all the damned flashing ads and data trackers load. The content will arrive instantly. Thus it will seem as if you never left the place where you found the link.

Add these changes together and I believe we have little choice but to reconsider how news and content are distributed and discovered.

Start with the idea of building a media property entirely on Facebook. Not only is The Washington Post distributing its content there, but some nascent media brands are growing audiences entirely on Facebook. Jersey Shore Hurricane News started on Facebook by Justin Auciello, a surfer (of waves, not just the web), covers news of the shore—beyond storms—for 228,000 loyal followers and collaborator-correspondents. On a more global scale, the Facebook page I Fucking Love Science has amassed 22.2 million followers—six times more than The Washington Post.

If you want to start a new media service aimed at any specific community—people who live in a given town, people with cancer, old people, vegans, chihuahua owners—chances are that they are already on Facebook and you can serve them better by bringing your content to them. Now that Facebook makes it possible to attach advertising to that content, you can even start to make a living at it.

But why stop at Facebook? As an experiment, I posted a review of the movie Steve Jobs (I didn’t like it) both on Facebook, using its new and simple Notes tool, and on Medium, an elegant publishing platform started by Ev Williams, co-founder of Twitter and Blogger before it. I have to say that Medium brought much more attention and discussion to my opinions.

Medium itself just announced a new means to post content both there and on other platforms, such as WordPress blogs. “We’ve taken big steps toward meeting users where they already are,” explained Medium’s Katie Zhu. Another platform, WithKnown.com, lets you create content with its tool and then publish directly to Facebook, Twitter, Flickr and LinkedIn.

All this swarming content creates a crying need for new aggregators and curators that will help you find the good stuff, that which is relevant to you. Twitter hired real-life editors to find interesting stories in a new feature called Mentions. Nuzzel’s mobile app collates your friends’ content recommendations across Facebook and Twitter and presents you with one list of so-called must-reads.

Now, Nuzzel serves AMP-ready pages from The New York Times, The Guardian and others—advertising attached—almost instantly (you can tell which pages use AMP because in the split second it takes for the content to load, you’ll cleverly see a lightning bolt). Now when I click on Nuzzel links, it feels as if I never leave the app—which is all the more reason for publishers to make sure their content is there the second I want it.

Thus I see the opportunity for entrepreneurs to start new curators that can use signals of my interests (based on what I read; whom I know; what they link to; what I write about…) and the context of my usage (I’m busy; I have an hour to kill; I’m following a story; I just woke up…) to find the right content for me and now serve it up in an instant.

There are just two things missing from this new ecology of media distribution: first, we need a way to share those signals of interest and context with publishers—with privacy well-protected—so publishers can build relationships with and better serve users. Second, we need the means to reward not just content-creators but also audience-creators, to motivate them to build these new means of bringing people to what interests them.

The idea of the website—and the page—were pretty much vestiges of our old-media models: the site as publication. Now we are beginning to explore a media architecture that ventures into unfamiliar territory. Content is being set free. 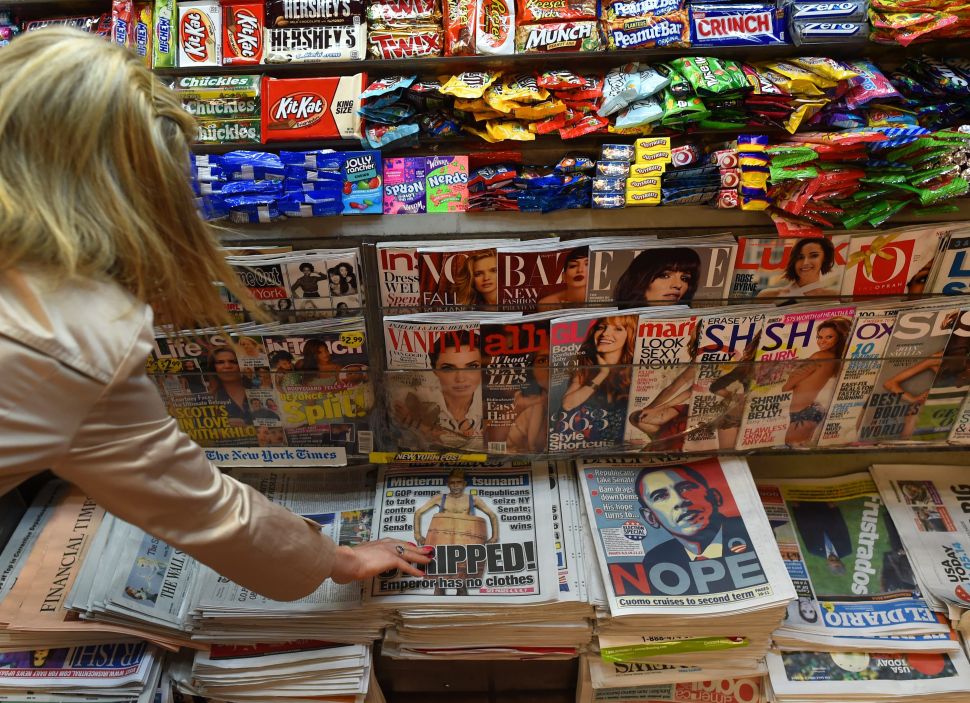