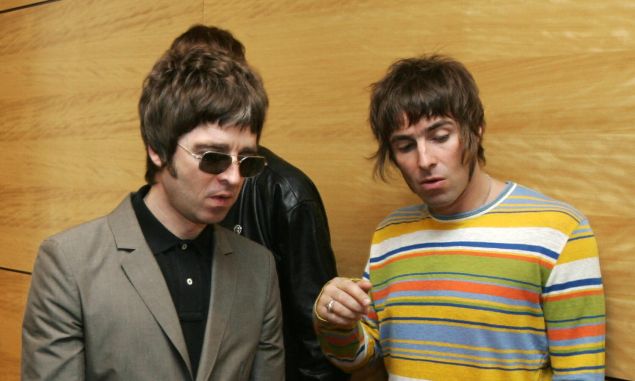 At a glance, it might seem as if Oasis is utterly indifferent to its legacy.

During a recent Dallas tour stop, Noel Gallagher, one half of the band’s famously combustible fraternity who found life after Britpop superstardom with his High Flying Birds, treated Oasis songs with all the respect afforded back issues of NME tossed to the curb. He performed the songs—”Fade Away” or “Champagne Supernova”—not as tributes, but as obligations, grimly acknowledging the roars greeting the familiar chords with more of a wince than a grin. Yet, when the encore rolled around, the final song of the night threw Noel Gallagher’s true feelings about his past into stark relief.

There’s a casual brilliance to so much of Glory that its stature as one of the landmark albums of the 1990s seems a given.

As he struck up “Don’t Look Back in Anger”, in all of its John Lennon-aping glory, the 48-year-old singer-songwriter seemed to strike a truce with nostalgia, lending a line like “Please don’t put your life in the hands of a rock and roll band/Throw it all away” as much warmth as bitterness. It was this moment I remembered as I spent some time sifting through the three-disc reissue of the album that spawned “Anger”, Oasis’ seminal 1995 masterpiece (What’s the Story) Morning Glory? (In keeping with the idea Oasis doesn’t feel any particular affinity for its past glories, the 20th anniversary edition of Glory was actually released a year early, in late 2014.)

Like many of its contemporaries, the 11-track Glory, which has sold more than 20 million copies worldwide, has aged spectacularly well, especially in light of bands formed in its wake—the Killers, Coldplay, Arctic Monkeys and so on—trying (and often failing) to recreate the record’s specific blend of ego, vanity, skill and attitude. That the album was also the band’s sophomore effort, following the 1994 breakthrough Definitely Maybe, only enhances Oasis’ already formidable reputation.

Granted, at the time of its release, critics almost uniformly dismissed Glory, writing it off as nothing more than a rehash of other, better British rock bands: “Throughout, it’s Gallagher’s way with a tune, any tune, that remains their trump card, as in the way ‘Some Might Say’ piles hook upon hook, shamelessly buttressing its assault on the memory: well, if that bit doesn’t get you humming, it suggests, how about this bit? Or this?” wrote the Independent’s Andy Gill upon Glory’s initial release.

Derivative, sure—glam pioneer Gary Glitter earned a co-writing credit on “Hello”, owing to the striking similarities between the Oasis song and his own 1974 tune “Hello, Hello, I’m Back Again“—but in that sense, Oasis prefigured pop music’s eventual infatuation with hip-hop, sampling and mash-ups. What was sacrilegious in the mid-1990s is now utterly commonplace among the 21st century’s reigning pop stars—just consider Sam Smith’s brief kerfuffle over just how much Tom Petty influenced the sound of his smash hit “Stay With Me”.

But strip-mining your record collection for inspiration doesn’t mean much if you don’t have the chops to back it up. And in that sense, Oasis stands alone.

Much like the albums crafted by the Gallagher brothers’ beloved Beatles, there’s a casual brilliance to so much of Glory that its stature as one of the landmark albums of the 1990s, despite the critical establishment’s initial revulsion and dismissal of Oasis, seems a given. The album spawned six hit singles, including “Wonderwall”, “Some Might Say”, “Champagne Supernova”, “Roll With It” and “Don’t Look Back in Anger”, yet Glory is remarkably cohesive. The record, produced by Noel Gallagher with Owen Morris, unfolds with unhurried ease, fading in with the youthful bravado of “Hello” and slipping away with the languorous, liquid fade-out of “Supernova”.

Strip-mining your record collection for inspiration doesn’t mean much if you don’t have the chops to back it up. In that sense, Oasis stands alone.

It’s easy to get lost in the almost taffy-like give and take of lengthier tracks like “Some Might Say” or “Champagne Supernova”—listening to these songs 20 years later is to be reminded that British rock bands still stand alone when it comes to cultivating an almost tangible atmosphere on their albums. Delving into the second and third discs of (What’s the Story) Morning Glory?’s special edition puts the accomplishment in greater context.

The second disc, full of period B-sides taken from the UK singles, finds Oasis toggling between acoustic sensitivity (“Talk Tonight”; “Rockin’ Chair”) and snarling bombast (“Acquiesce” and “The Masterplan”), but with less finesse than is found on Glory proper. (Still, “Round Are Way”, a B-side from the Wonderwall single, might be the greatest Oasis track to ever miss out landing on a record.)

That Oasis, at that moment in its career, was able to demonstrate restraint and ruthlessly cull its absolute best speaks to the savvy of the Gallagher brothers and their band mates. The axiom about having your whole life to make your first record, but hardly any time to make your second certainly applies: 14 months elapsed between Oasis’ first and second LPs. Perhaps it was the Beatles influence again—just dive in and do your best, and let the work dictate the direction of things.

Another weapon in the band’s arsenal was its justly acclaimed live performances, which comprises the third disc. Culled from appearances at Earls Court, Roskilde, Knebworth and Tokyo’s Club Quattro, these 14 tracks, featuring nearly all of Glory, showcases a band at full force, attacking its songs with the gusto of a band eager to silence every last naysayer—the Roskilde version of “Roll With It” feels like standing inside of a jet engine.

Although it sounds like a backhanded compliment, it’s true: Oasis was very much the sum of its parts. The Gallaghers’ acrimonious chemistry notwithstanding, the sextet would not have achieved all that it did without those indelible songs, as well as its damn-the-torpedoes attitude. (The mind boggles to think of the Britpop wars unfolding in the age of Twitter.) Even if Oasis never caves to the desires of a generation that never saw them live—Oasis reunion rumors are a fixture of the British music press—they should, and hopefully do, look back not with anger or indifference, but justifiable pride. 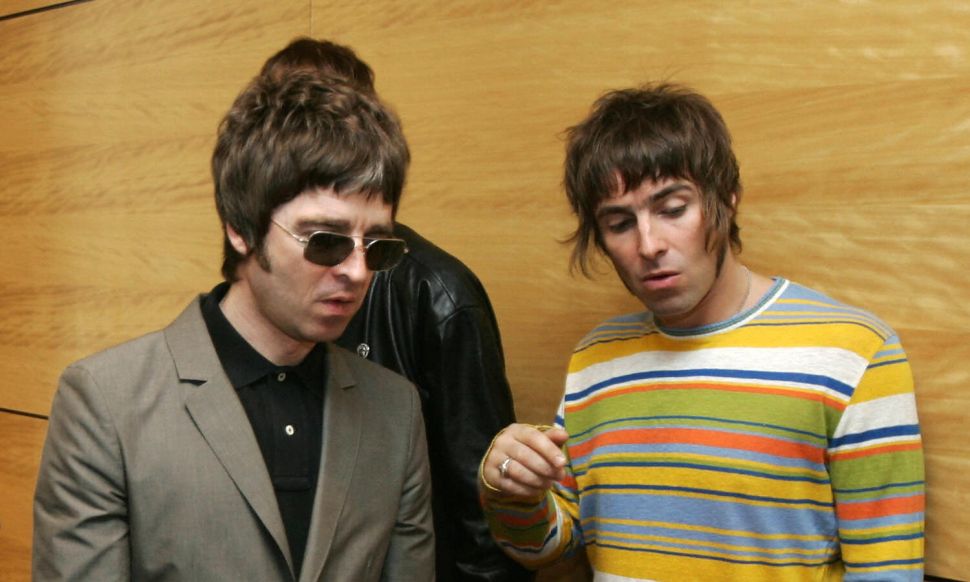