The number of lions in Africa has declined by 42 percent over the past 21 years. They are currently listed as “vulnerable” by the International Union for the Conservation of Nature (IUCN), and are hurtling towards “endangered” if habitat destruction, poaching, and trophy hunting are not stopped. The current population is estimated to be around 20,000.

The murder of Cecil the Lion this past July put a global spotlight on the brutal practices of trophy hunting, which is estimated to kill 600 wild lions and 1,000 lions in captivity annually in South Africa alone–all legally. A Minnesota-based dentist shot Cecil with a crossbow and, led by his guides, followed the lion for 40 hours until they finished the wounded animal off with a rifle. Although Cecil was wild, trophy hunting fuels a large, unregulated industry of “canned lion hunting.” A new documentary, Blood Lions, takes viewers into the world of lion breeding farms that stock legal hunting safaris.

Canned hunts have a near-perfect success rate for trophy hunters, with 99 percent making kills within three days. More than half of the trophies are imported to the U.S. The documentary, which premiered on MSNBC on October 7th and continues to screen around the globe, will be available online in 2016.

“We need to be clear that Blood Lions addresses the issues around predator breeding and canned hunting, which means that predators, mostly lions, are being bred in captive conditions to be killed by trophy hunters in captive conditions,” said Ian Michler, the protagonist and lead character of the documentary, in an interview with the Observer. Mr. Michler has worked as a specialist safari operator and conservation advocate for over twenty years.

“These practices have no conservation value whatsoever, and this is born out by the fact that not a single recognized conservation agency in Africa works with any of the lion breeders or canned hunting outfits. By comparison, the debates regarding the role of ‘fair chase’ hunting, which entails hunters pursuing species in nationally protected areas is a legitimate one. That then revolves around the respective merits or otherwise of the conservation and economic contributions and the stakeholders remain divided on this.”

Blood Lions sets out to debunk the myths that canned lion breeding centers exist for education and conservation, when in reality, the lions are bred in captivity to be killed in captivity–offering no re-wilding or repopulation efforts, while a small handful of individuals reap enormous monetary benefits.

In 2012, the industry generated roughly 70 million in American dollars in South Africa where 8,000 lions live in captivity, compared to 4,000 in the wild. There is no evidence that profits from the industry aid conservation, and no captive-to-wild breeding program is known to exist. The lions are bred merely to support the insatiable appetites of trophy hunters, as epitomized by Safari Club International, an organization that presents awards to its members for killing big game animals. Safari Club International records the sizes and types of animals collected as trophies, and serves as a platform for enthusiasts to share their conquests.

“Not being a hunter myself, it is extremely difficult for me to answer why they want to kill these animals,” Mr. Michler added. “However, having worked on the issues for the last 25 years or so, my sense is that it ultimately boils down to deep-rooted issues around a philosophical outlook on life. And on a more superficial level, I think it also reflects issues around ego, control and power. The language used by hunters is mostly about portraying the prey animals as ‘dangerous’ and ‘wild’, and the hunt is made out to be this huge adventure undertaken by a brave hunter. The visual display of a hunter gloating over his or her kill then portrays them as people of power and success. In today’s world, it’s an extremely inappropriate, even sad way of expressing oneself.” 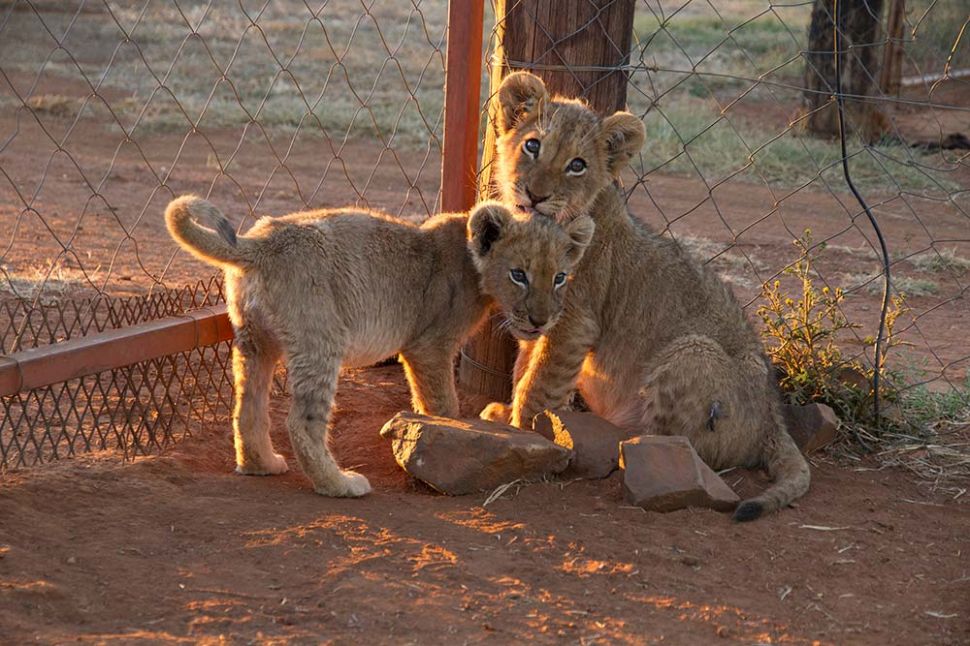