Barring an unexpected, serious health crisis, or the emergence of a scandal far bigger and more substantive than the laughable “Emailgate” controversy, Hillary Rodham Clinton is going to be the Democratic nominee for president of the United States in 2016.

The Bernie Sanders campaign won’t tell you that, for obvious reasons. Surely, his team believes otherwise, while some — who are more tuned into the realities of the contest — simply want to keep him appearing viable as long as possible so he can continue getting the message out.

The Potomac punditocracy won’t tell you this, because if there’s no real contest on the Democratic side, there’s no story. If there’s no story, your attention will drift elsewhere. (Of course, these same people also told you Vice President Joe Biden was just hours away from declaring his candidacy, as if wishing upon that twinkling star would make all their dreams of a horse race come true.)

The Clinton operation understands that if donors believe she is in no danger, they’ll sit on their money and wait.

Even the Clinton campaign won’t tell you that the Democratic nomination is all but foreordained. The former Secretary of State’s team needs the appearance of a truly competitive race so progressive complaints about a “coronation” can be dismissed, and nobody likes a candidate who behaves as if he or she is a sure thing. Her perceived “inevitability” clearly worked against her in 2008, and her campaign is being careful to avoid a repeat.

The Clinton operation also understands that if donors believe she is in no danger, they’ll sit on their money and wait until the general election. This occurrence could hinder her ability to make her case to the public prior to the convention next July.

The behavior of both the Clinton and Sanders camps tells us the real story. Witness Team Hillary’s speedy and vehement denials that two recent Iowa polls showing Ms. Clinton with leads of more than 38 percentage points over Mr. Sanders were accurate. When was the last time you saw a campaign deny that it had a massive polling lead over its nearest opponent? (To be fair, the Clintonistas are probably correct. It is highly doubtful Ms. Clinton has a lead of that size, even with the expected bump she got from Biden supporters after the vice president announced he would not run. But she is definitely leading in Iowa, and by a significant margin. Iowa polling since mid-September has clearly shown Ms. Clinton ahead, and even taking the two suspect polls with the widest margins out of the mix, her average lead since then over Mr. Sanders has been close to 10 percentage points.)

It’s a desperation play—maybe not a ‘Hail Mary,’ but a flea-flicker from a team that’s trailing by a few in the waning moments of the third quarter.

From Team Bernie, we get a revealing Bloomberg Politics interview of top Sanders campaign staffers postulating how to go negative—despite Mr. Sanders’ repeated boasts that he has never run a negative ad—and tweaking Ms. Clinton by saying they’d be happy to consider her for vice president. The gambit here is obvious: goad Ms. Clinton into attacking first so Mr. Sanders has cover for going negative in response.

It’s a pretty good play. Anyone who observed the 1996 gubernatorial campaign in Indiana will remember how Republican Stephen Goldsmith, ahead in the polls, went negative on the grandfatherly underdog, Democrat Frank O’Bannon. This enabled the wily Democrat to respond, free of blame, with brilliant attacks of his own while sorrowfully lamenting, in another ad, how his opponent’s attacks made it hard to face his grandchildren. Mr. O’Bannon’s masterful political jiu-jitsu ultimately propelled him to the governor’s mansion.

However, in the case of Mr. Sanders’ current-day strategy, it is also a transparent play, and it reveals that the Sanders campaign clearly does not think it can prevail without unleashing a torrent of attacks on Ms. Clinton. Boxed in by the fact that Mr. Sanders has made so much of this being a positive campaign, the only way Team Bernie can unleash these attacks without dulling its own candidate’s shine is to provoke Ms. Clinton into throwing the first punch. It’s a desperation play—maybe not quite a “Hail Mary,” but certainly a flea-flicker from a team that’s trailing by a few touchdowns in the waning moments of the third quarter.

Let’s take a look at how the fourth quarter is shaping up in this contest.

It is difficult to see how Mr. Sanders gets out of March alive. The calendar could hardly be unkinder to him.

After Iowa and New Hampshire, two states whose Democratic caucus/primary electorates can be expected to be relatively friendly to Mr. Sanders—indeed, Mr. Sanders leads in New Hampshire, which borders his home state of Vermont—the contest moves to Nevada and South Carolina, where his prospects are dim at the moment. While polling has been scant in Nevada, the most recent CNN/ORC poll there, taken October 3-10, shows Ms. Clinton with a substantial 50-34 lead over Mr. Sanders, and that is with 12 percent going to Mr. Biden. As most polls have shown the bulk of Mr. Biden’s support moving toward Ms. Clinton with the vice president not in the race, it would be safe to say her lead in Nevada is somewhere in the ballpark of 20 points.

In South Carolina, there has been significantly more polling, and all of it has been catastrophically bad for Mr. Sanders. Per Real Clear Politics, no poll taken in the Palmetto State shows him closer than 23 points, and on average, he trails Ms. Clinton by 37 points. Keep in mind that most polling in South Carolina included Mr. Biden, who averaged 21.5 percent, and that most of his support appears likely to go to Ms. Clinton.

The current state of play in Nevada and South Carolina demonstrates that the murmurs about Mr. Sanders’ failure to gain ground among Latinos and African-Americans still ring true, and while a recent online poll by NBC News showed him within seven points among Latinos—far closer than other, more traditional polls indicate—he is still getting crushed by Ms. Clinton among African-Americans. If Mr. Sanders’ apparent struggles among voters of color persist, then he is in for significant defeats in those two states and a calamitous day on March 1, when 11 states (mostly in the South) hold their nominating contests. This so called “Southeastern Conference Primary” includes numerous states with significant African-American and/or Latino voting populations, and it is followed over the next few weeks by several key states that also have large non-white segments among their Democratic voters, including Illinois, Ohio and North Carolina. It is difficult to see how Mr. Sanders gets out of March alive, politically speaking. The calendar could hardly be unkinder to him.

This will swell her delegate totals, putting her on the cusp of clinching the nomination, taking the wind out of Team Bernie’s sails.

There is also the fact that the Democratic Party establishment is very clearly closing ranks behind Ms. Clinton, as evidenced by the fact that 75 percent of U.S. Senate Democrats have endorsed her, more than half of U.S. House Democrats, and 10 sitting Democratic governors. Mr. Sanders, meanwhile, has no endorsements from any senators or governors and only two from U.S. House members, and the highest-ranking statewide official in his corner is his home state’s auditor of accounts. Numerous reports indicate that Ms. Clinton has in excess of 400 superdelegates already pledged to her, which accounts for about one-fifth of the number she needs to win the nomination.

While certainly these party functionaries can change their minds if Ms. Clinton’s fortunes should take a turn for the worse, the likelihood of a string of significant victories for her in late February and throughout March means they will probably stay put. This will swell her delegate totals, putting her on the cusp of clinching the nomination even sooner than many expect, thereby taking the wind out of Team Bernie’s sails. The Democratic establishment is almost unanimously in Ms. Clinton’s corner. This is no small thing.

There can be no question Mr. Sanders has exceeded expectations, particularly in fundraising. His $24 million haul in the third quarter was eye-popping. But the twin problems of the nominating calendar and his complete failure to gain ground among the Democratic establishment, or several of the party’s key constituencies, indicate that hopes of derailing Ms. Clinton are just not realistic. Should he prevail in Iowa or New Hampshire, or even win both of them, his path forward from that point is lined with imposing obstacles.

Assuming Ms. Clinton doesn’t allow herself to be baited into attacking Mr. Sanders and creating sympathy for the underdog, she is clearly positioned to win the nomination, and to do so with little trouble. 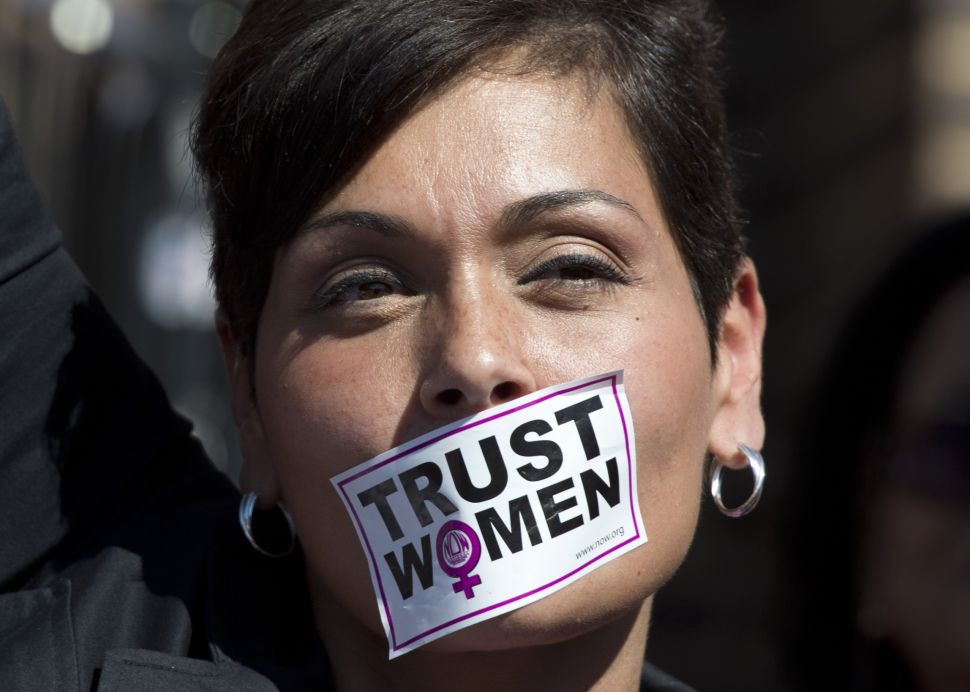