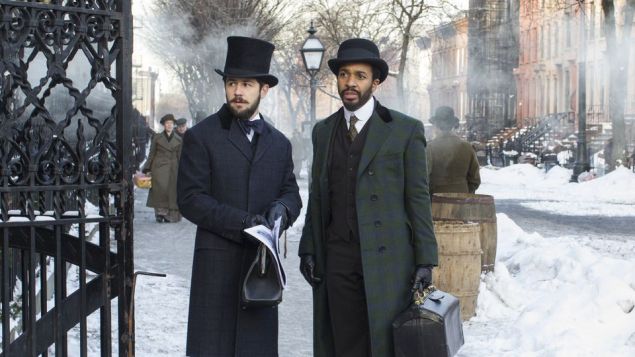 In the 12-step circles, there’s a term called “wreckage of past” for when the consequences from your years of using creep into your sober life. Dr. John “Ye Olde Gregory House” Thackery was forced to confront the wreckage of his past head on when he returned to The Knick after his ride on Dr. Gallinger’s floating detox center. It should come as no surprise that the hospital board didn’t exactly welcome Thack and his trademark white lace-up boots with open arms. Instead, grudgingly allowed him back under the condition that he be supervised when administering any suspect drugs and get regularly checked for new track marks.

That brings us to another flaming trashcan fire from his past, his codependent relationship with the young and lovelorn Nurse Elkins. Giving the fawning tone of last week’s voiceover, who wasn’t embracing themselves on behalf what was inevitably Lucy’s rude awakening. Once she finds out Thack is back, she rushes into his office professing her love for him and he’s all like “and you are?”

Thack does the typical crap dude thing and tells her that they should end things now for her own good. He’s not wrong. He’s an aging addict and she’s a gorgeous young woman with her whole life ahead of her. Of course, this is the turn of the century, so for a woman, “her whole life ahead of her” means “hey, there’s still time to meet a guy who doesn’t shoot up coke and have a bunch of kids with him.”

Lucy should have been able to just storm out after getting her admittedly naive heart broken, but she was tasked with monitoring his injection points. The scene ends before we get to see if she had to check the underside of his dick, as per last season.

Of course, Lucy’s attraction to a cold, distant dude who fancies himself the smartest man in the room and prioritizes his obsessions above all else makes sense when we meet her dad, the southern preacher. The sermon he gives, while heightened by Cliff Martinez’s score, is easily as creepy as any of the surgery scenes.

Thack doesn’t just break Lucy’s heart. He also deals an unwitting blow to the jilted Bertie Chickering, when he storms into Thack’s office to tender his resignation. In an attempt to console Bertie, Thack inadvertantly admits that Lucy lost her virginity to him. Bertie, the dear little naive baby bird that he is, never assumed that their relationshop even went that far. God bless this kid for assuming that a relationship with a guy who was regularly zonked out into the bosom of prostitutes in an opium den before starting his shift at a hospital would remain chaste. In consolation, Thack offers the surprisingly progressive stance that virginity is an invention of men to shame women, but Bertie isn’t in the mindframe to smash the patriarchy just yet.

At the end of the day, Thack is an addict. He’s had to lie and steal in order to hustle drugs and keep people from finding out about his habit. Since Thack is so well-verse in lying, he knows when someone is lying to him, hence why he immediately calls bullshit on Dr. Edwards passing off routine surgeries off to Gallinger. Edwards has no choice but to come clean about his detached retina which leads to him getting his eye clamped open with some Clockwork Orange-style haness in an empty surgical theater while Thack, possibly suffering from the DT’s, attempts to take a scalpel right to Edward’s eye, all the while being distracted by the clanging pipes and visions of the little girl he killed during the botched blood transfusion. Edwards has the good sense to pull the eyelid spreader off his face and stop this disaster before it blinds him.

Sure, Thack may be back, but he’s definitely not firing all cylinders. For starters, he isn’t quite sober given that he’s fending off heroin cravings with nips from his flask. That and he has filthy hot alleyway sex with a dancehall girl named Kate who introduces him to the old-timey version of the speedball, aka mixing heroin and coke. The combination sets off a lightbulb over Thack’s head. We’d like to believe that it will figure into his radical research of treating addiction as a disease and not a moral failing, but at this point, we know better.

Unlike Bertie, Cleary is in full “smash the patriarchy mode” as he picks up various side hustles to hire a hire-priced lawyer and spring Harriet from jail. Unfortunately, the ambulance he bought literally falls apart in the middle of the street and the wrestler he’s managing was sold to him after a fixed match. Maybe Cornelia can help? After all she was forced to seek a secret abortion last year. It turns out that Cornelia needs some help of her own now that Inspector Speight washed up on the banks of the East River after investigating a case of plague that came in through Ellis Island. Cornelia isn’t satisfied with the official word that Speight fell off a ferry while drunk given that she knew he was a teetotaler. She enlists Cleary to have her dig up the corpse and have it exhumed, except the body disappeared once authorities for word that Cornelia was playing detective. This is apparently what happens when you get bored planning parties and keeping your family’s name in the society pages, you start solving murders.

Although the grave digging scene didn’t produce Speight’s body, it did give Cleary the zinger of the series so far when he expounded on the fact that the people who have led him into the deepest trouble are a society lady and a nun.

Thack isn’t the only one confronted with the wreckage of past. Edwards isn’t exactly stoked to accidentally stumble upon Cornelia and learn that she’s back from the West coast. Lucy was even less stoked to find Ping Wu and his gaggle of sex workers in some forgotten wing of the hospital after hours. She would probably rather no one know that she once put her foot in Ping’s mouth to help feed an addiction to a guy unceremoniously dumped her the moment he got clean. Well, cleanish. But here he is, in her place of work, as per his continued extortion of the sniveling Mr, Barrow. The doctor assigned to maintaining Ping’s merchandise is the comically incompetent Dr. Mays, who eschews culture samples and prefers to seek out microscopic bacteria with unaided sight and smell alone.

Good luck with that. 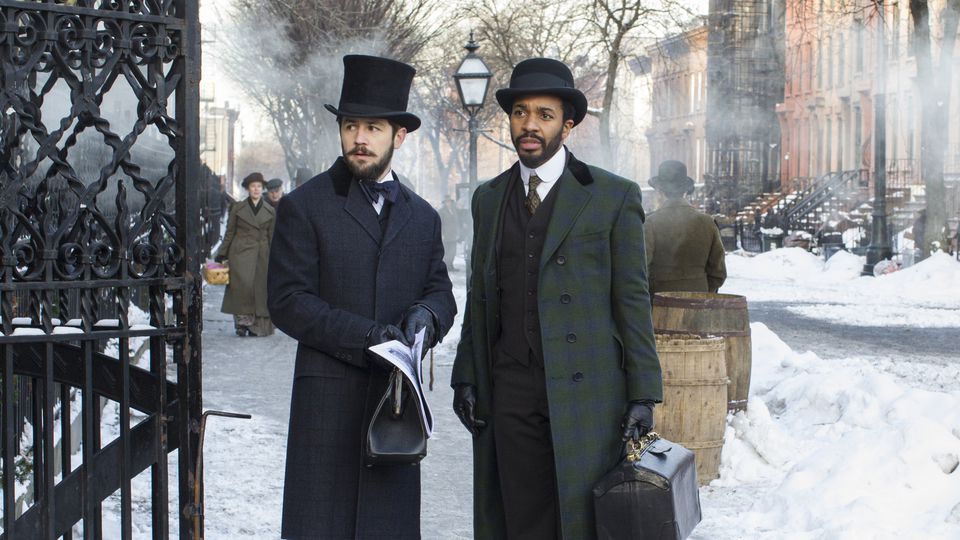