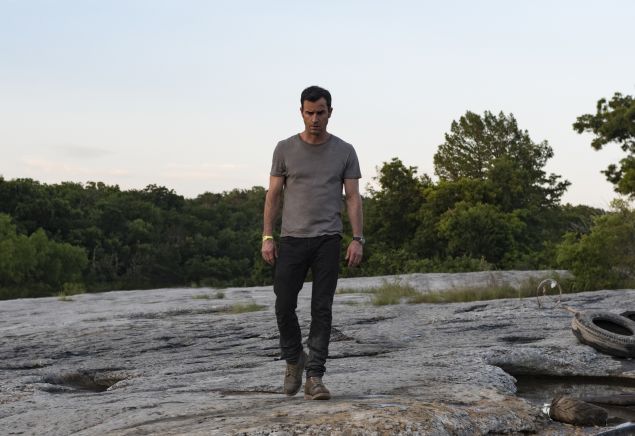 This week we return to Texas and catch up with the Murphy’s and Garvey’s, and the various mysteries and miseries visited upon both, not really introducing any more of either, but deepening and complicating things all around.

After three episodes all built around examining how everyone is doing and questioning if it’s even possible to be less that incredibly sad and shattered in the world post-departure, this hour opens with Nora Durst having a decidedly shitty morning, awoken by an earthquake to find Kevin gone and the neighbor’s racing off in search of their vanished daughter, Evie. Nora understandably assumes another departure has taken place and responds by passing out, waking up and freaking out until Kevin returns home, at which point she embraces him and then rather coldly returns to bed.

While this episode deals with a bunch of characters and bounces back and forth between Kevin, Nora, and Jill point of view-wise, it’s a big one for Nora. We talked a few weeks ago about how she seemed to be doing a little better than Kevin, (spending three million dollars on a dilapidated shack aside) and this week, I think, proves that to be true. Sure, she freaks out a few times, but mostly Nora emerges this week as very similar to John Murphy, scarred by history but driven to handle whatever threats face her family head on. When her and Kevin join the hunt for Evie, Nora is downright reminiscent of Lady MacBeth in her insistence that Kevin does whatever it takes to hide the fact he awoke at the scene of the teenager’s disappearance, down to leaving him at the drained pond (I’ve been wondering for a month how to refer to the aforesaid body of water, and am super relieved that became clear this week) to search for the cell phone he dropped. She’s organized and forceful, in complete counterpoint to Kevin, who certainly seems concerned about his phone, sleepwalking, the handprint he left on the teenager’s car, and his vision of Patty, but also seems like without another character to come along and kick him in the ass he’d  have spent this entire episode chain smoking cigarettes and listening to hardcore music in bed.

Luckily John does come along, roping Kevin into joining him on a expedition to take revenge on Eddie Winslow (okay, his character’s name is Isaac but he’s always going to be Eddie to me) who he assumes had something to do with Evie’s disappearance due to the handprint Kevin left at the scene and the fact that John threw him through a window and then burned his fucking house down. John ends up getting shot, news which John’s wife Erika reacts to with a kind of matter-of-fact resignation that reveals a whole lot about how her and John live their lives, as well as a warmth that mirrors and maybe casts doubt on Kevin’s life with Nora.

That’s kind of this big stuff this week. Wait, no—we get more of Jill and Michael Murphy hitting it off, we get Nora questioning Matt on whether Miracle is really a magical place and him telling her that his catatonic wife briefly woke up their first night in town and that no one in town wants him to talk about it, we get Patty’s ghost/Kevin’s hallucination telling a story about catching her husband letting another woman defecate on his chest in a hotel room.

Actually, that’s a pretty interesting moment. The show is being really clever about delivering evidence for and against Kevin’s insanity regarding Patty. Sometimes she tells him things that could easily be written off as his subconscious filtering through her image, like where his cell phone is, and sometimes she comes out with a story like that, which is so bizarrely out of nowhere that it does dual duty as a humorous non sequitur and sign that maybe she’s really, somehow, a ghost or something.

She also seems to know a lot more than Kevin, offering concrete answers to lingering questions like where Evie and her friends have gone off to (departed) and why he woke up tied to a cinder block at the bottom of a pond (attempted suicide). But then—maybe she’s just saying Kevin’s fears out loud? When she tells him he doesn’t really love his family as much as cling to them for some semblance of stability, Kevin denies her with an intensity that’s usually reserved for denying something one knows is true, although maybe he really does, although people clinging to things for safety is one of the big themes of the show.

At the end Kevin returns home, accompanied by an incredibly creepy cover of You’re The One That I Want from Grease that reimagines the song from the perspective of a serial killer crooning to the captives in his basement, and as he slips into bed Nora requests that they sleep handcuffed together so that he can’t wander off again in the middle of the night. Here’s Nora, once again taking action to secure her state of mind and the safety of her family, here’s Kevin literally bound to a woman he moments before was questioning his allegiance to, and the moment should seem way too on-the-nose but instead I think it kind of cements that it doesn’t really matter if Kevin loves Nora or not, he takes comfort in her, she takes comfort in him, they keep one another alive and (relatively) sane, and isn’t that really all anyone could ask for in a partner? 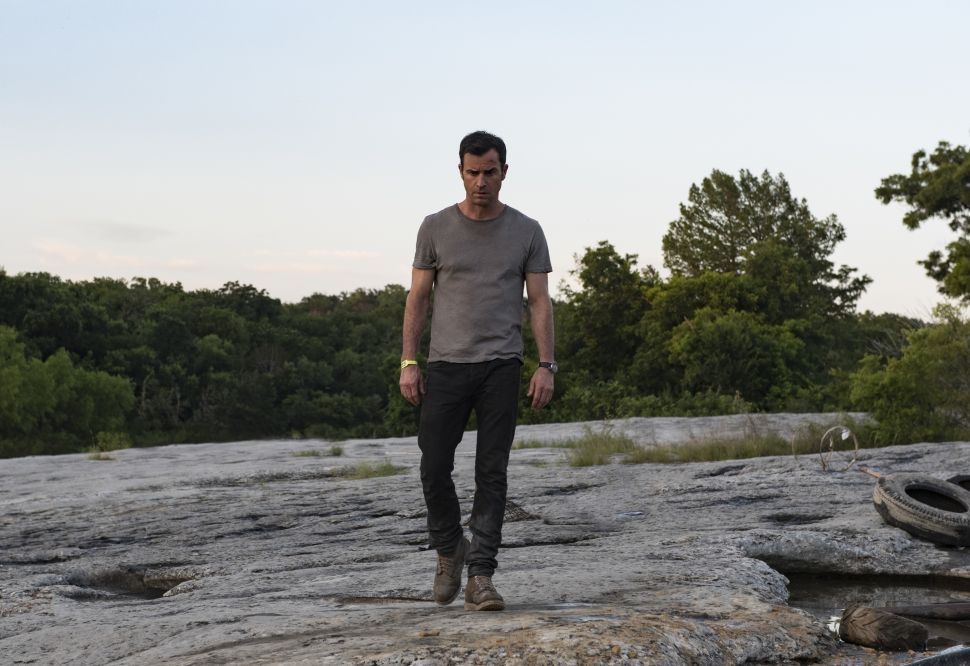