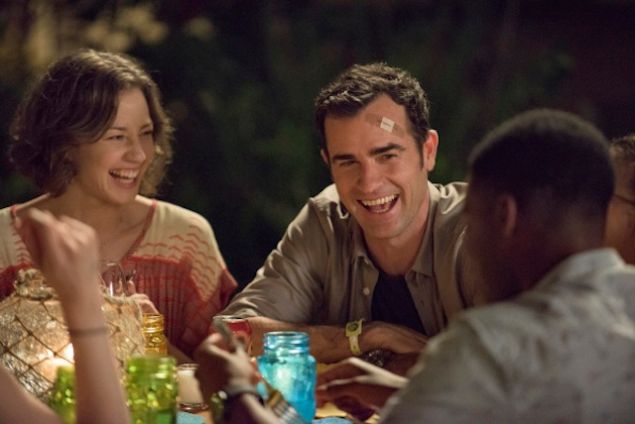 Last year it seemed weird that so many people found The Leftovers to be a joyless, miserable slog while also celebrating joyless, unbelievably popular miserable slogs like The Walking Dead and Game of Thrones. Maybe meditations on loss, the fragility of the social contract, and PTSD are only palatable when served up with a side order of people getting hacked apart? Or maybe it’s that spending an hour every Sunday night watching sad sacks wallow is more fun when you know there’s a massacre right around the corner, maybe it’s safer to meditate on loss et al when that meditation is a MacGuffin for freaky special effects and not the point of the show.

For at least a little bit of first episode of season two—aside from the weird, sad and maybe a little too on-the-nose opening sequence that follows a cavewoman as she loses her tribe to an earthquake, gives birth, struggles to survive alone and then dies after being bitten by a snake moments before another cavewoman comes along and adopts her baby—it seems like The Leftovers creators are willing to ease up a bit on the misery that ran through the first season. The episode primarily focuses on a new cast of characters, the Murphy family, denizens of Miracle, Texas, a town made famous by the fact that not a single one of its 9261 residents vanished in the rapture-like event that serves at the backdrop for the show.

The Murphy’s are introduced as a seemingly happy and—weirdly enough for a prestige cable drama—functional family. When we first see the Murphy’s all together it’s at breakfast, goofing around, their biggest problem a persistent and annoying chirp, like that of a dying fire alarm, coming from some remote spot inside their home. This is a far cry from the many problems—cult membership, violent outbursts, suicidal ideation, hallucinations—that plagued the Garvey clan, focus of the first season.

It isn’t long before we start exploring the town of Miracle through the various family members. Teenage daughter Evie splashes around with her friends in the town’s reservoir, the of which seems to be under some scientific scrutiny, sings in the school choir, runs naked through the woods, and cracks corny jokes with her dad. Her brother Michael brings breakfast to a bearded weirdo in a ratty robe that lives atop a pylon downtown on his way to sell samples of reservoir to the busloads of pilgrims flooding Miracle in search of whatever divine power there might be to find (Michael insists to one couple the has no powers, it’s just a souvenir, and directs them to the local church). Mother Erika goes for a jog and detours into the woods where she digs up a box containing a live bird that then flies away.

That’s not explained, or even necessarily treated like something that should be.

And then there’s John. The family patriarch. One episode into this season and I’m willing to make the following prediction: the guy who plays John Murphy will not get an Emmy nomination next year, and it will be a damn shame. There hasn’t been a character on television since Deadwood’s Al Swearingen that combined easy charm with suspicion, secret rage, and malice as easily and charismatically. Early in the episode John visits old friend Isaac, played by Eddie Winslow from Family Matters, for a chat. Isaac’s got a booming business as a kind of palm reader, and John tries to coax Isaac into admitting he’s scheming tourists. Isaac insists his powers are for real, so John goes home. Plays catch with his daughter in the yard. Goes back that night with his fellow firemen (John is the captain of the squad), tosses Isaac through a window, and burn his house to the ground.

The guy is amazing. When, forty minutes into the episode, season one regular Matt Jamison appears as the interim reverend of the church the Murphy’s attend, John manages to greet him in a way that makes a friendly welcome to the neighborhood feel like a brutal inquisition, not at all impressed with Jamison’s gawky earnestness.

In the next scene, the Murphy’s go to breakfast in a diner and halfway through the meal a dude comes in dragging a goat that he slaughters in the middle of the dining room. People seem bummed in a sort of, ‘again with the goat slaughter, dude?’ kind of way.

John Murphy seems like a counterpoint to season one’s central character, Kevin Garvey. He’s not quite as unhinged, maybe, but equally committed to protecting his family and keeping his town relatively together. You can’t quite picture John experiencing the crippling crisis of conscious all this caused for Kevin, though. Put it this way—I get the feeling that if John had to gun down some vicious dogs, he’d do it without tearing up. He seems to know how good he has it in Miracle, his family and friends all accounted for. He seems like he’s willing to do what it takes to keep that from getting all messed up.

As it turns out Kevin, girlfriend Nora, daughter Jill and adopted infant Lilly are the Murphy’s new neighbors. John quickly invites the family over for a BBQ, and we’re treated to a series of scenes where the various family members feel each other out.

Nora and Erika bond quickly, Michael seems to have a crush on Jill, Kevin doesn’t hesitate to ask John, who reveals he served time in prison, what he did to earn his sentence. John explains he went down for attempted murder and when pressed for details on what happened quips “I didn’t try hard enough,” which might be the most badass sentence ever spoke at a family BBQ.

After dinner The Garvey’s head home and Evie out with friends, only to vanish off the face of the earth along with that aforementioned reservoir because this is The Leftovers, and as such into every life some mystery and misery must come.

This season premiere might frustrate some viewers anxious for answers to the various questions left up in the air at the end of season one, but those people need to chill because this episode highlights exactly what makes The Leftovers not just one of the best shows on television but specifically better than more popular shows like The Walking Dead and Game of Thrones.  Nothing is actually at stake in those other shows. Sure, people get eaten or beheaded or dethroned or stripped naked and forced to trot through town, but the drama in those shows is all there to give the characters something to do between fights and sex scenes. Those shows are good, they’re entertaining, and they have cool characters but…okay, five seasons intoGame of Thrones, how often have you felt genuine sympathy for Tyrion Lannister? Because he’s been through some stuff. How often have you worried about him versus how often are you kind of stoked to see him up against the wall, anticipating whatever vicious machinations he’ll resort to in order to set things straight?  Is anyone ever really invested in any of Rick Grime’s various attempts at becoming a simple farmer, or are we really just putting up with the simple farmer stuff because we know that whatever it is that gets him back a’killing is going to be really, really nuts?

That stuff is all very entertaining but The Leftovers is art. The Leftovers is about people’s souls, it’s about people who don’t know how to set things straight or what to do, who flail wildly in search of respite from their problems and end up causing more problems. You don’t watch The Leftovers excited that something horrible is going to happen, you dread the horrible thing because you have actual empathy for the characters. Maybe that’s another thing that hurts the show, actually—who wants to have empathy for fictional people when the real world is such a mess?

Hopefully someone. Hopefully enough that they let me continue writing these recaps. 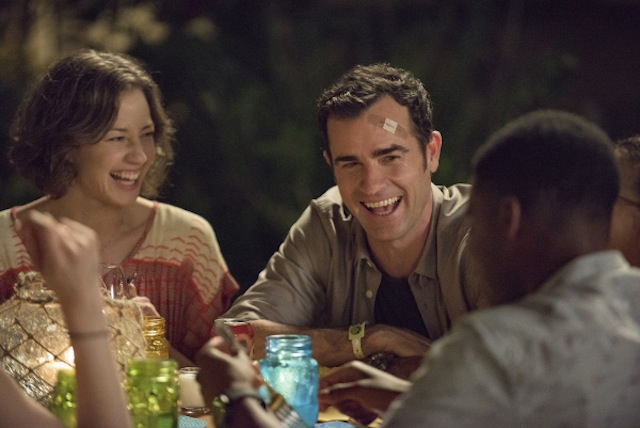