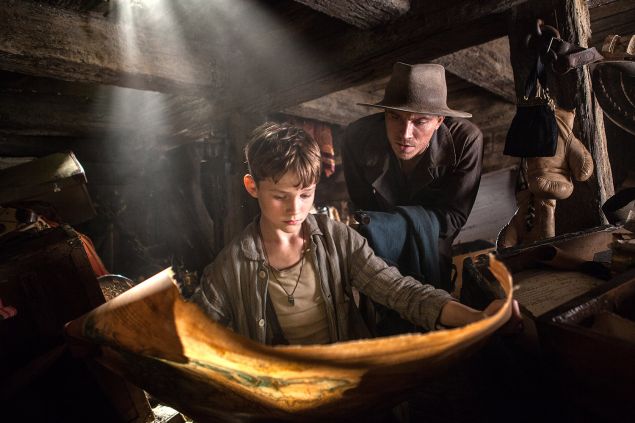 The never-ending addiction to Peter Pan has worn itself out in so many books, plays, movies, musicals and animated cartoons by everyone from Walt Disney to Steven Spielberg that there doesn’t seem to be much point in dragging it out of the dustbin again. But that never stopped Hollywood, so now we get a bloated, over-produced and deadly kid’s movie in headache-inducing 3-D called Pan. It’s not about Peter Pan, but about what happened before Peter Pan. The noise you hear is J. M. Barrie turning over in his grave.

Joe Wright is a good director who decided, after such respected artistic successes as Pride and Prejudice and Atonement, to trade art for commerce and make some money. Piling on the CGI and special effects, he has teamed up with Jason Fuchs (the animated Ice Age) to imagine where J. M. Barrie’s characters came from. The result is both relentlessly overwrought and instantly forgettable.

In Pan, the boy who “won’t grow up” is left on the doorstep of a foundling home in the London fog by a human mother and a fairy father from a place called Neverland. Twelve years later, Peter (a pretty little ham actor named Levi Miller) and his fellow orphans are still being starved and beaten by a flock of cruel nuns in an orphanage so bleak it would make Charles Dickens laugh. To make things worse, it’s World War II and London is in the middle of the blitz (an excuse for German bombs to fall toward their targets in 3-D). As the tale drags on, Peter and his pals are attacked through the skylight by marauding pirates in flying ships piloted by the evil Blackbeard, played by an unrecognizable Hugh Jackman. Yes, folks, this is the movie that finally manages the impossible task of making Hugh Jackman look ugly.

Peter floats through space to Neverland, a nightmarish island of savagery, slavery and rock mines that is a far cry from the “place where dreams are born” immortalized by the Jule Styne and Comden and Green song made famous by Mary Martin. There are also a lot of repetitive 3-D escapes, speeding trains, exploding planes, jaw-snapping crocodiles, acrobatic underwater mermaids and vicious jungle warriors from the place where Peter’s mother ended up who believe Peter to be their spiritual leader. Peter makes a few new friends, such as a young, handsome Captain Hook (Garrett Hedlund, from Tron) and a fairy princess he falls in love with who turns out to be Tiger Lily (Rooney Mara, from Girl with the Dragon Tattoo). Who is Peter Pan? How did he learn to fly? Where did Tinker Bell come from? How did the “lost boys” get lost? How did that nice Captain Hook turn out to be a murderous villain with one arm? Many questions are posed but none are answered, and Pan is too preposterous to ask for further explanations.

You won’t find out how Peter meets Tiger Lily or when he ends up with Wendy, Michael and the Darling family, but just to remind you it’s inspired by the J.M. Barrie classic, you get talismans to live by, like “Home is not where you come from—it’s where you make it.” In the end, there is even an invitation to “the second star to the right—and straight on till morning,” but don’t follow. It might, God forbid, lead to a sequel. 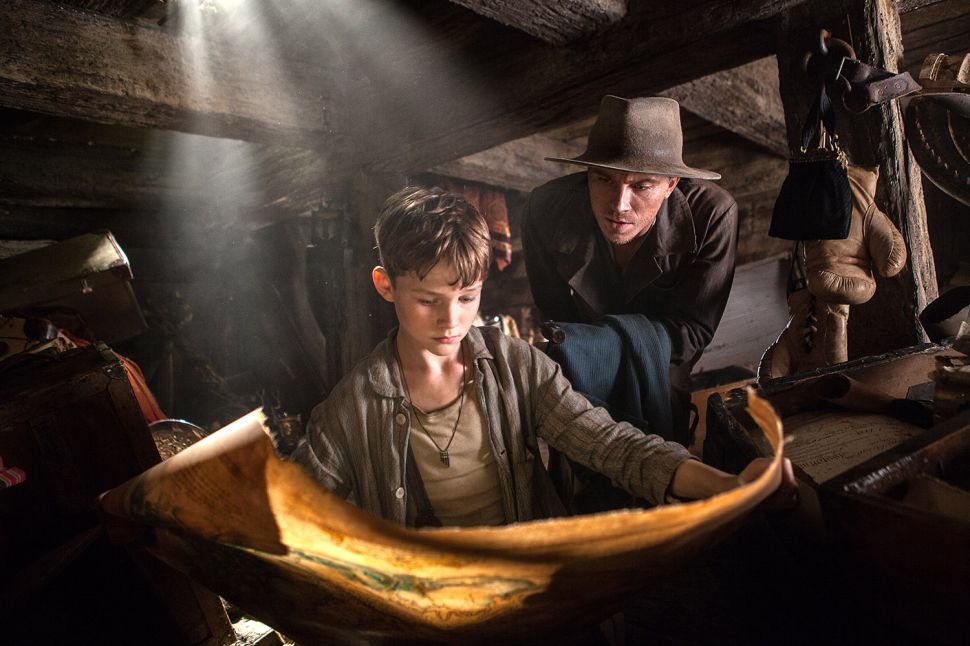