Hamilton is a honey of a musical, staged in the most spectacular of fashions. Not long ago, its creator Lin-Manuel Miranda received a MacArthur Award—and, for once, it is hard to argue with the popular understanding of this fellowship as the “genius award.”

Still, Mr. Miranda lets Hamilton, a slave owner, off the hook. Although Hamilton was a member of the New York Manumission Society, that organization proposed a deliberate, some would say glacial, pace for ending slavery. One of its earliest acts, in 1786, was to organize a petition to prevent the export of slaves from New York. About half of the 132 signatories were slave owners. If these men had liberated their own human property, they would have freed almost 10 percent of the city’s slaves. These New York grandees were beginning to stir things up, but only on their own terms.

More troubling than any inaccuracies, however, is the framing of the show. As theater, Hamilton is a breath of fresh air. As “history” it is not. Although he will attract many Americans anew to a story of the founding of their nation, the story Mr. Miranda has told is dated.

Hamilton infuses new life into an older view of American history. For decades now, many historians have been teaching a different story, trying to open the Revolution up chronologically by starting with the Seven Years’ War (which lasted from 1754 to 1763, but who’s counting) and ending in the early decades of the new nation. Attempting to get away from the Great Men story of the founding fathers, these scholars have incorporated ordinary people, African-Americans, Native Americans and women and placed the whole half-century in the broader contexts of the Atlantic World. In this more inclusive and nuanced telling of the republic’s creation, Hamilton plays a cameo rather than leading role.

What’s most intriguing about the way Mr. Miranda reinvigorates his older tale is that he does so, consciously or not, by borrowing from this newer history. Couching Hamilton’s life as a migrant story, deliberately flouting any demands of realism to cast African-Americans in white roles and women in men’s roles, and drawing on African-American culture to give his musical a hip-hop sensibility, accords nicely with the more recent history of the era. I, and many of my historian colleagues, would like to imagine that Hamilton is a last convulsion of the founding father mythology. But I suppose this is a daydream. No matter how hard we close our eyes and wish, massive biographies of founding fathers are not going away.

The point about the framing of Hamilton is easily illustrated. As it happens, another Hamilton lived in early 19th-century New York. While not a bastard, he came to New York from the Caribbean with little to his name. He too made a fortune on Wall Street. He, like Alexander Hamilton, even married a white woman named Eliza.

His name was Jeremiah G. Hamilton and he has been practically erased from the telling of American history. Hardly coincidentally, this Hamilton was black. He led a dramatic life, cinematic in its vividness, including incidents of derring-do, running counterfeit coin into Haiti, a trial that was the talk of the town, and many a confrontation about business ethics or his lack of them.

On Wall Street he was cleverer and more ruthless than most of his white peers. One of his business opponents, Cornelius Vanderbilt, even confessed his admiration for the black man. But as soon as Hamilton left his Wall Street office, he was not even a second-class citizen and subject to the demeaning racial etiquette that held sway on the streets.

This is material that an artist of Mr. Miranda’s genius could fashion into a tale for our times. For any dramatization of the black Hamilton’s achievement could not laud the exceptionalism of American democracy or take comfort from the familiar retelling of the founding fathers. But it would tell another story of the white misunderstanding of blacks, of the refusal to acknowledge black achievement and the African-American contribution to the making of the United States, a story that although it may meander here and there along the way has as its destination Ferguson, Mo.

UPDATE: The New York Observer mistakenly published a photo of Jeremiah J. Hamilton, who served in the Texas legislature, rather than Jeremiah G. Hamilton. 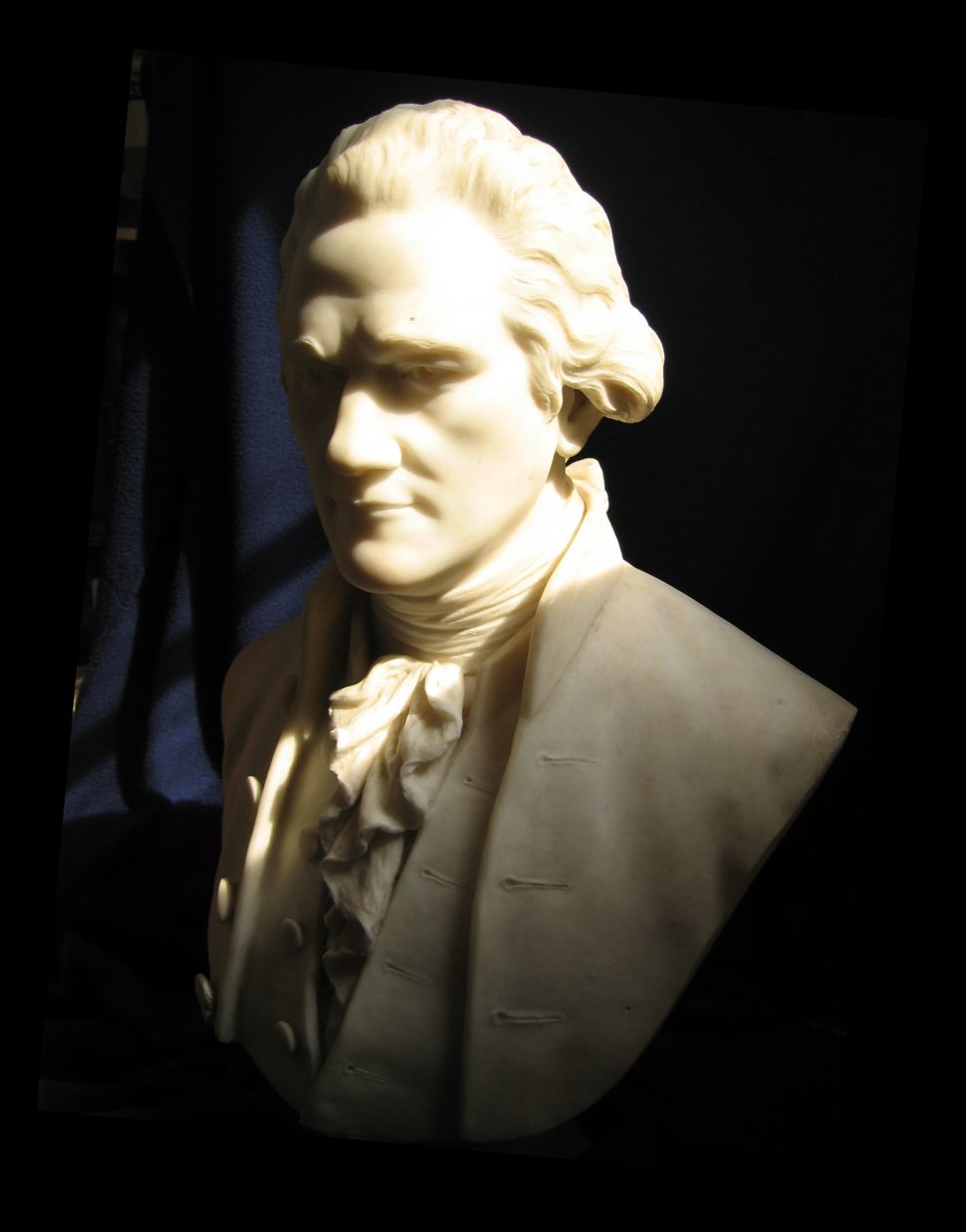