Please note: Rather uniquely, there is no mention in this piece about what a dick Lou Reed was. I do not feel Reed’s character is relevant to any assessment of his art. A study conducted in 1998 at Quinnipiac University concluded that Paul Simon was the only recording artist whose dick-like behavior must always be discussed while considering his music.

Loaded, the Velvet Underground’s fourth studio album, was released 45 years ago this month.

When push comes to shove, Loaded is a Velvet Underground album for people who don’t especially like the Velvet Underground, for those who thought the first VU album was too fuzzy and night-cultured, the second too much of an ecstatic roar, and the third too hushed and holy.

Manager Steve Sesnick, multi-instrumentalist Doug Yule, and possibly even Lou Reed may have thought these things, too, creating the environment that led to the recording of the almost radically conventional Loaded. But because its attractive FM hits created a portal for a larger audience to discover (arguably) America’s greatest band, Loaded is an honorable and important record, even if it’s challenging to listen to start-to-finish (no earlier VU album had three songs as weak and unlovable as “Train Round the Bend,” “Lonesome Cowboy Bill,” and “Cool it Down”).

Despite the presence of “Rock & Roll” and “Sweet Jane” (at heart a peculiar and fiercely attractive re-write of “Crimson and Clover”), Loaded is still largely defined by what it’s not.

It’s not the constantly challenging, changing, walloping and whispering, supremely magnificent art band that is the Velvet Underground. Until Loaded, The Velvet Underground was a sawing, sighing, droning and dreamy machine built by angels in Metropolis costumes, incorporating industrial sounds of the 20th century and tightly wound garage-soul with the high-tension wire harmonic minimalism of La Monte Young. At their best (and pretty much any randomly chosen moment from albums one through three could be considered their best), the ’66-’69 Velvets are the apogee of American art rock.

Loaded doesn’t allude to those Velvets. No one would ever mistake the layered, gliding post-folk rock of Loaded for an art-rock record, and only “I Found A Reason” even vaguely conjures a shadow of the old band. Loaded reboots the group, virtually ignoring the radical, glorious and beautiful inventions of the past, seeking to convince us that the Velvet Underground are “just” a rock band, albeit one with a dark and intriguing lyrical point of view.

And because Loaded is the only Velvets album where the singer is absolutely more interesting then the music, the album formalizes the vocal and authorial persona of Lou Reed, the same Lou Reed who would emerge as one of the most distinctive and identifiable vocalists of all time (and one of the most confounding and erratic ones, too—which is to say it’s a long way from the dazzling and emotionally eviscerating “Street Hassle” to the stupefyingly moronic “The Original Wrapper”).

Loaded is also one of the very rare albums made infinitely better by the inclusion of extra archival tracks and demos (usually, the extras piled on most albums just disrupt the artists’ original intentions, adding slap-dash mediocrity to deliberate excellence). However, we can’t have a revisionist take on Loaded because of what was added later, no matter how tempting. Still, it is worth noting that many of the outtakes available on The Fully Loaded anniversary edition are pretty goddamn good, and show a band in transition, making music that is ambitious, full of emotional swells, and imbued with a desire to amenably integrate a deeply original and artistic sigh, strum, and shiver with a more mainstream pop/folk/rock sound. Yet almost all this beautiful quirkiness is absent from the 10 final masters on Loaded.

Loaded isn’t just the least interesting Velvet Underground album; it’s not even the most interesting album released in November 1970.

Likewise, the band featured on the multi-volume 1969 live albums, recorded roughly seven months before the recording of Loaded, show a different Velvet Underground entirely, one venturing into groundbreaking and exciting new territory. On 1969, the band seems both gentle and aggressive, losing itself in resonant chords and the ecstasy of long, repetitive rapid-strum minimalist jams, performed with intensity and delicacy. The nearly nine-minute “What Goes On” from the 1969 album is one the highlights of the Velvet’s entire catalog, and it’s repetitive, three-chord controlled delirium supplies the blueprint for the Feelies, Wire and Arcade Fire.

But all of that extremist hell-shuffle glory is absent from the original Loaded, probably due to the fact that 1969 features Reed and Sterling Morrison on guitars, Yule on bass and Moe Tucker on drums; but Sterling barely plays on Loaded and Mo not at all. Loaded feels very much like Lou Reed demos completed (and often sung) by Doug Yule (Yule sings lead on half of the album’s 10 tracks, and plays the lion’s share of the instruments.)

At the end of the day, Loaded isn’t just the least interesting Velvet Underground album; it’s not even the most interesting album released in November 1970. Check this out: Barrett (Syd’s second and last solo album), Nick Drake’s shattering, humbling Bryter Later (which featured John Cale), All Things Must Pass, The Kinks’ Lola vs. Powerman, and Tim Buckley’s Starsailor were all released that month; and on the very same day that Loaded, the last true Velvet Underground album, was released, Kraftwerk issued their first record. It’s arguable that Bryter Later carried a lot more of the spirit of the Velvets in it than Loaded actually does.

Although Loaded is a pale disappointment, we cannot extinguish the part it played in introducing many of us to the Velvets and its role in the creation of the idea of Lou Reed. Like one of the physics experiments where the outcome is affected by the observation, the most important thing about Loaded is not its music, but what changed because the album existed. 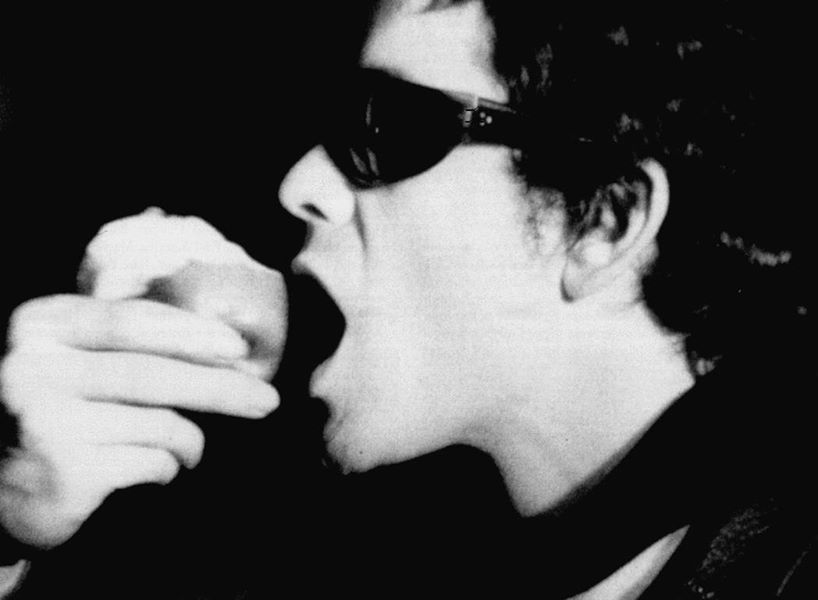