In the busy world of journalism, one of the first casualties is often a sense of empathy. Anyone who studies the history of the media can’t help but be shocked by the regularity with which writers and reporters seem to forget not only that they’re covering real human beings but that their work might have an impact on real human beings, too.

This has always been true, but trends in online and cable media have exacerbated it. When the metrics by which journalism is judged are cold and self-interested, naturally, the people who try to meet them become that way too. Sadly, it’s often also at the expense of any semblance of common sense or decency and most of all, self-awareness.

The recent fervor over the rise in mass shootings is a sad and embarrassing example. Pundits and outlets rush to assign blame and seem willing to investigate any contributing factors except their own (I remember a recent Twitter discussion with a reporter celebrating the ‘scoop’ of finding the online manifesto of the Charleston shooter.) What universe does one need to inhabit where finding the deliberately placed rantings of a psychopathic lunatic desperate for attention and validation and then giving them that exact attention and validation constitutes a good work?

Yet this is the universe that many online reporters live in.

This is why the No Notoriety campaign now exists. Founded by Caren and Tom Teves, parents whose son Alex was tragically lost in the Aurora, Colorado shooting, the group has a very simple premise: Let’s not reward killers with the attention and recognition that their killing aimed to accomplish.

Apparently. Because the same outlets that have plenty of policies in place to protect against self-promoters, scams, charlatans, or even just airing swear words, seem to think that declining to be a conduit for murders would be a violation of their ‘duty.’

Bullshit. Bullshit is all I can say. Which is why I was honored and inspired to be able to interview Caren about her campaign and why people ought to know about it.

Can you tell us what No Notoriety stands for and the challenge your campaign is attempting to the current media establishment?

Research has found that there is a direct connection between mass shootings and the press coverage surrounding these events and perpetrators—due to extensive coverage planting the seeds of ideation in at-risk individuals to commit similar acts.

This is a matter of public safety. In an effort to reduce future mass tragedies, the NoNotoriety movement challenges the media to cease the gratuitous use of name and likeness, and the refusal to publish self-serving statements, photos or manifestos when reporting on individuals who commit or attempt acts of rampage mass violence, thereby depriving violent like-minded individuals the media celebrity and media spotlight they so crave.

What are you hoping this will accomplish? How are you judging the success and the impact of your campaign as it goes—and by all accounts, seems to be picking up momentum?

The one single, ultimate goal of NoNotoriety is to prevent senseless loss of innocent lives. Like our son Alex Teves, who was one of 12 people killed and over 70 injured in the Aurora theater by a coward whose only goal was to be famous.

**Testimony given by University Of Colorado professor, “[the Aurora shooter] had told [psychiatrist, Dr Fenton] that he did not think he would make his mark on the world with science so he could blow up people and become famous.”

Obviously one of the media responses to your message has been to say: “But our job is to report the facts. This would circumvent our obligations to the public.” Personally, that seems a bit rich to me considering these are businesses at the end of the day who follow all sorts of written and unwritten rules. Not only that, but they don’t seem to care much about this ‘obligation’ when it comes time to choosing between celebrity gossip and important world news, or rumor over fact and so forth. How are you combating this rationalization?

Reporting the facts and limiting notoriety can easily and simultaneously be accomplished in reporting. All we ask is that after initial identification, limit the use of the individual’s name to one (1) use per article or broadcast segment for reference. Do not publish self-serving photos, statements or manifestos by the individual.

There is an exercise I ask journalists to take. Write the article or newscast as they typically would. Then go back and omit the multiple use of the individual’s name, except for one time, and replace the omitted name with other descriptors such as shooter, perpetrator, coward, individual, killer, alleged, etc. Journalists find that the facts and story has not changed at all – while the glory and fame has been stripped away from the killer.

The Society of Professional Journalists (SPJ) Code of Ethics states – 1) Seek Truth and Report It. 2) Minimize Harm. All we ask is that BOTH of these ethics be kept in mind for the sake of public safety. The media already gives consideration to coverage of events and individuals surrounding rape victims, juveniles, and suicide.

As a matter of public safety on this issue, the FBI has a similar “Don’t Name Them” campaign developed by Advanced Law Enforcement Rapid Response Training – ALERRT  (http://www.dontnamethem.org). Several law enforcement officials have refused to name perpetrators in school shootings, as was the case in Marysville HS in Washington and Arapahoe HS in Colorado, and most recently with the mass shooting at Umpqua Community College in Roseburg, Oregon. NoNotoriety has official support of the International Police Association (IPA).Additional law enforcement support will be announced soon.

One of the things I’ve written about is that marketers and manipulators of the media have gotten really good at spotting the so called “frozen patterns of the press.” If the media steals stories from Reddit, then all you have to do to get on the news is pop up on the front page of Reddit. If the news is driven by Twitter, then a rumor spread by Twitter can make it on the news. If they love talking about sexy controversy, just make a controversial ad or billboard etc etc. So this is what marketers take advantage of everyday. In a very perverse way, is this not what these mass shooters and groups like ISIS are doing? Same goes with the pastor who burned the Koran. They essentially trap the media into giving them the attention they need to survive. Do you think the media doesn’t realize this? Or is it more alarming—that they simply don’t care?

The UCC shooter wrote, “Seems the more people you kill, the more you’re in the limelight.” The individual who killed two WDBJ7 reporters in Roanoke, Virginia strapped on a video camera to capture his horrific actions. The motivation does not get any clearer that that. These killers expect the media to be their PR people and the media delivers. It’s worrisome for me to acknowledge that the media would purposefully highlight a mass killer for ratings, clicks etc. but the coverage by some, not all, of the media blatantly demonstrates that there may be some truth to those allegations.

Instead, we ask the media to turn their focus on the victims and heroes. Take army veteran Chris Mintz for example. He is the army veteran who is being hailed as a hero for his actions during the shooting in Umpqua CC in Oregon.  When the turned their focus on this hero, the name Chris Mintz was instantly trending on Twitter, and he became a positive public focus during this terrible tragedy. Point being the old saying, “if it bleeds, it leads” is not always the case.

How can people help? What would you like the average person to do in order to apply pressure to counteract these pageview and ratings incentives that seem to push media outlets past notions of common sense or decency?

NoNotoriety has been our call to action over the last 3+ years, but it is not a new concept. A number of forensic psychiatrists have been asking for a change in media coverage for many years. NoNotoriety provides the platform for the public to add their important, strong voice through a unified collaborative challenge. NoNotoriety supporters have had enough, and they let the media know it!  Anyone can easily add their voice. See the “What You Can Do” tab at www.nonotoriety.com

Has it been hard to get attention for your cause—considering in some ways you need access to the media in order to properly put pressure on the media? The media loves to talk about other people’s problems—and all the other causes and contributors to violence—but do you think they’re willing to hear and face their own?

As the Aurora theater trial was getting underway, a letter was sent to the major local and national networks signed by 70 families from many of America’s worst mass shootings with a formal request for NoNotoriety reporting. (see: http://nonotoriety.com/press-releases-media-alerts/ ) The local Denver media rose to the challenge respecting victims and the community with historic NoNotoriety coverage, proving this type of coverage can be accomplished.

I believe the horrific events that tragically took the lives of WDBJ7 reporters Alison Parker and Adam Ward have hit close to home and opened eyes to some in the media.

Is there anything else you’d like the public—the average consumer of news—to know about your campaign?

I’ve considered the same and concluded that I wouldn’t have to be missing my son right now. 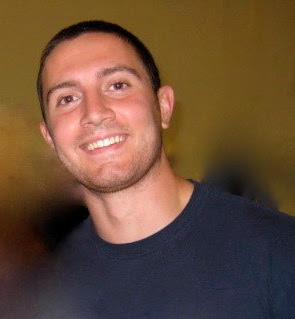