Sometimes dubbed the City of Love, Paris is also known as the City of Lights. Which is why we were delighted to find that designers at PFW embraced sparkle this season. From Loewe’s new take on disco pants to Lanvin’s sequined skirts and dresses, there was shimmer for everyone to fawn over.

Never one forgo at least a handful of evening looks, Alber Elbaz offered a few different takes on garb to wear once the sun has set. Among those were plenty of sequin-studded pieces. Particularly memorable was a taupe jacket covered in sparkles, with a healthy smattering of bows.

The combination of shattered mirrors, silver streamers and metallic croc skin sounds like a gaudy combination. But pops of yellow and laid-back silhouettes keep Jonathan Anderson’s designs anything but the g-word.

Almost everything that designer Isabel Marant associates her name with is given immediate cool-girl status. Her decision to infuse tribal references with sequins? That was fully embraced, adored and Instagrammed by many. 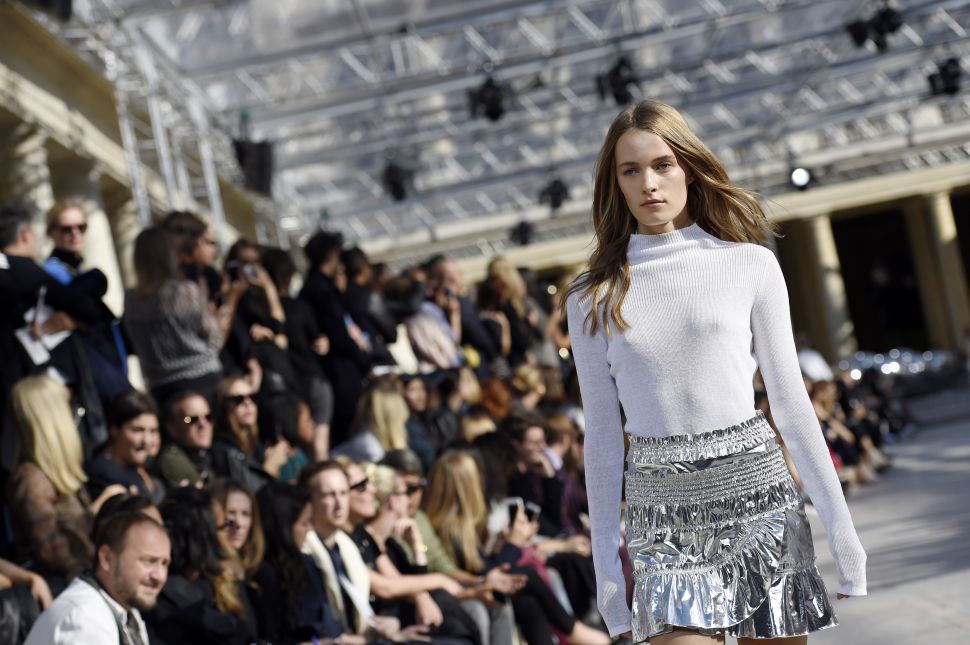