For those who do not find yoga or Zumba quite taxing enough on the body, a wacky new fitness contraption could offer the ideal solution—provided one does not get tangled mid-downward dog.

I recently visited Crunch‘s 59th Street location to sample the gym’s new classes based around the Disq: a wearable device that attaches to one’s waist and ankles and, thanks to a set of adjustable cords, adds varying degrees of resistance to one’s every movement. The contraption, which looks and feels like a sleek, modern rock climbing harness, has been incorporated into four class types: bootcamp, hip-hop dance, pilates and yoga.

“There was clearly a lot of functionality when we played with it,” Marc Santa Maria, Crunch’s national group fitness director, told me in a later email. “Our team at Crunch tested it out and we could see how it amped up our basic workouts, regardless of the genre we were experts in. That versatility and ease sold me and so we moved forward with it.”

Getting into the Disq requires some focus; after strapping it around my midsection and ankles, I had to maneuver its cords so they stretched from my waist, to the little hooks on my ankles, and then up into my hands.

We started by sampling the yoga-inspired class, which launches this coming January. My first reaction? Using the Disq made ordinarily easy yoga poses really, really hard. An extended side angle pose takes on a whole new element of difficulty when one’s arm must fight against resistance to reach up to the sky. The challenge of pulling “is a new factor that changes the game for a yoga practice, and one’s flexibility,” Mr. Santa Maria said. The remaining classes were equally challenging—particularly the hip-hop one. In addition to the Disq make every dance move more strenuous, I also had to contend with my less-than-impressive dancing abilities.

In the studio with us was Robbert Boekkema, the Dutch speedskater who created Disq in 2013. His contraption is now available in 24 countries—not to mention the go-to workout device of Usher, as well as Madonna’s back-up dancers.

In creating the Disq, Mr. Boekkema was inspired by his mom, speedskater Ans Schut, who won a gold medal in the 1968 Winter Olympics in Grenoble. When Ms. Schut eventually became a coach to a younger generation of skaters—including Mr. Boekkema and his business partner, Olympic gold medalist Stefan Groothuis—she told them to replace their heavy weightlifting with more functional training exercises.

They started training with rubber resistance bands, but found they were not quite right; they were elastic, as opposed to providing a more steady resistance.

“We wanted to create a constant resistance,” Mr. Boekkema told me later, over the phone. “It all started there.”

Determined to spread their product across the U.S., the Disq team partnered with Crunch after meeting at a fitness trade show in 2013. The product is also now available online for $199.

“We started in skating,” Mr. Boekkema said, “and now we are everywhere.” 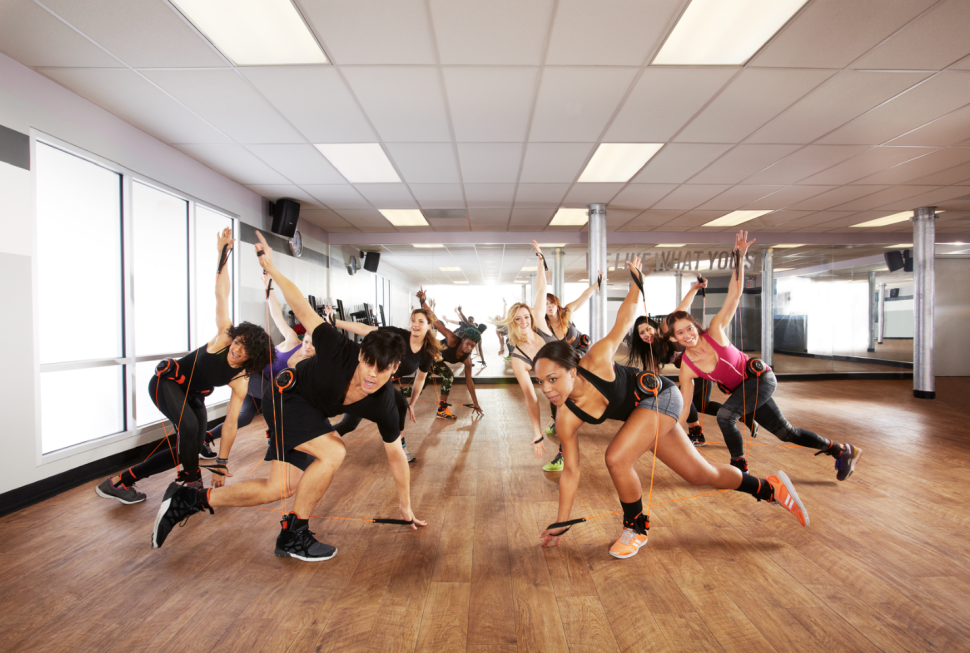