Saks Fifth Avenue is upping the ante on in-store dining. The flagship, which takes up an entire city block on where else but Fifth Avenue, has teamed up with Jean-Louis Costes. Mr. Costes is known for his tawny Parisian clubhouse, Hotel Costes in the 1st arrondissement, and L’Avenue on Avenue Montaigne across the street from Dior. Rihanna, Gigi Hadid, Kendall Jenner, and Hailey Baldwin all found time to dine at L’Avenue between shows in the midst of Paris Fashion Week.

Now the eatery by the same name will be setting up shop at the storied shopping destination. L’Avenue at Saks Fifth Avenue will boast a view of Rockefeller Center from its terrace, and play host to power luncheons and date dinners. “Taking part in Saks’ reinvention was something we found both compelling and inspiring,” Monsieur Costes said in a statement. “We believe our L’Avenue restaurant on Avenue Montaigne is an ideal counterpart for the redevelopment of their 1924 landmark flagship as well as for their vision in rethinking the Saks client journey.”

The addition of L’Avenue is just a small part of the store’s three year renovation set to be completed in 2018. Around the same time, Neiman Marcus is slated to open its doors on a 250,000 square foot flagship in Hudson Yards, so expect a seismic shift in Manhattan’s shopping scene. 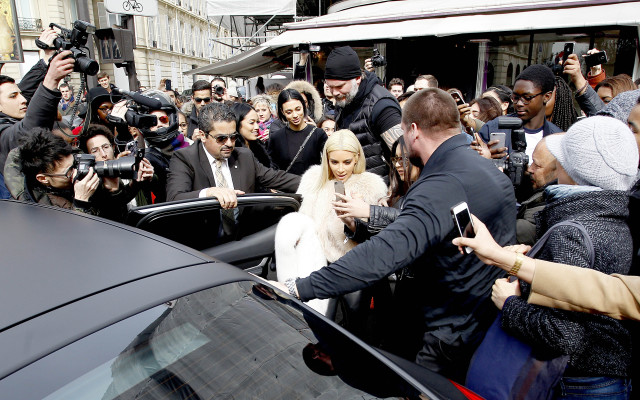