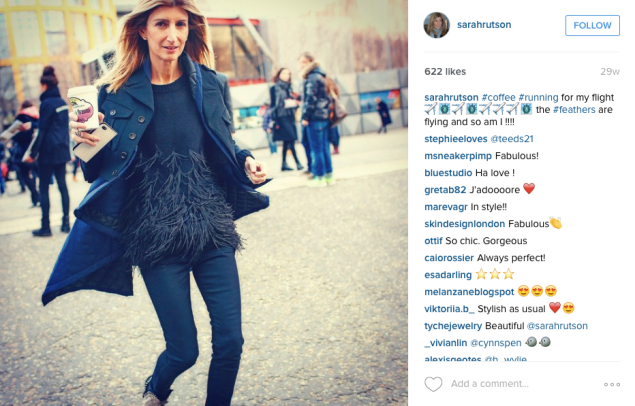 Yes, Sarah Rutson is a beloved street style star, often sought out by photogs who snap her multitude of outfits at fashion weeks around the globe. But she is also the hardworking Vice President of Global Buying at Net-A-Porter, which actually allows her the interesting perspective of being able to see how people react to her outfits in real time. Sometimes, these reactions might shape the clothing she decides to add to the site’s offering each season.

Take for example, the Elizabeth and James sweater she wore this past winter. The simple black knit was jazzed up with a healthy sprinkling of ostrich feathers, making anything but basic. She even Instagrammed the sweater, which racked up a chorus of followers singing praises of the style, with a few emojis added in for good measure.

According to Ms. Rutson, the pullover also sparked a slew of compliments in-person. “I wore it at the shows a few seasons ago and every fashion insider asked me who I was wearing and where they could find it,” she explained. She then realized that this piece would be one haute commodity, if she was able to revive it.

And so she worked with the Elizabeth and James team to do just that, exclusively for Net-A-Porter. Available now on the site, in iterations of burgundy, ivory and charcoal, Ms. Rutson is calling this a must-have piece for the holiday season. The Olsen twins echoed that sentiment.

“Net-A-Porter and Sarah Rutson are incredible supporters of Elizabeth and James. We are excited to partner with them on this exclusive capsule collection,” Mary-Kate Olsen said in a statement. Added Ashley Olsen: “We think the Net-A-Porter customer will love these new styles.” 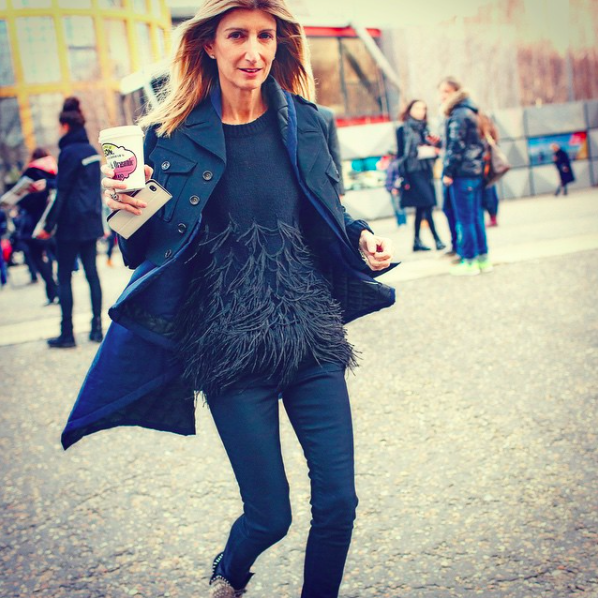