There was controversy over Peeple, the “Yelp for people” app that would allow users to review and rate exes, co-workers and friends. It was intended that you couldn’t opt out or delete negative reviews about yourself, but everyone hated the idea so much that it probably won’t happen.

Next, we got word of a popular dating app launching a review feature. Algorithmic swipe-style dating app The Grade now lets users’ matches and people they know in real life leave reviews on their dating profiles. The idea of dating with reviews is nauseating, but The Grade reviews are pretty playful and actually make it impossible to say anything negative, so we’ll give it a pass.

We just now, however, got word of a brand new app that’s taking this concept to a whole new level. If it became the norm, it just may give some merit to those bogus think pieces and listicles declaring dating dead and touting “10 Old Fashioned Dating Habits We Should Make Cool Again.”

It’s called The Know, and the purpose is quite simple—anonymously connect people so they can talk about a person they both know.

When there’s someone you want to talk about, you begin by typing in the person’s personal information including their full name, phone number, age, where they live, where they work and even the make and model of their car. In total, there are 20 different information fields you can fill.

If The Know app finds a match (meaning someone else who entered the same information and is looking to chat about the same person as you), it will connect you anonymously so you can message each other.

In an email to the Observer, founder Aswan Morgan said it will allow users to “exchange relevant intel in an effort to make better-informed dating decisions.” He said it’s better than the “audacious” Peeple app and its “dreadful execution” because The Know is “discreet” and “tasteful.”

But c’mon—this is a gossip app.

Even the sample screenshots they sent us show a conversation that is pure gossip:

Even in this far-fetched example conversation, when the two users discover they are dating the same person, they immediately gossip about his friend and mock his interest in larping. It’s easy to do so when everyone is anonymous, and the truth is that this is what will happen on the app. And it’s unlikely that the main users of this would be people who believe they’ve been in a committed relationship for six months and one day decide to go on and see if their SO is seeing someone else. It would be people who are single and looking, and they’d end up gossiping with friends and friends of friends anonymously. So, can we just realize that any platform that encourages people to talk not to people, but about other people, is going to end badly?

We should also note that platforms that thrive on anonymity always create problems, not solve them. Remember Formspring, the site that allowed high schoolers to anonymously inbox each other back in 2009? It became a platform for cyber bullying. More recently, there was Whisper (basically the same thing in app version) and Yik Yak, which is like an anonymous, hyper-local Twitter that has also seen a ton of racism, sexism and personal cyber bullying. Teenagers have attempted suicide because of posts made anonymously about them on the app, and a Change.org petition to shut it down saw more than 81,000 signatures.

The Know is encouraging people to judge others prematurely based solely on little tidbits of information. It’s going even further to discourage people from getting to know each other, promoting gossip and actually worsening the problem it’s looking to solve. Mr. Morgan explained to the Observer how lack of transparency is problematic in dating, but The Know isn’t solving this—it’s actually encouraging it and pushing sneaky and equally dishonest tactics for finding out information about people you’re romantically interested in.

How about we just talk to each other instead. 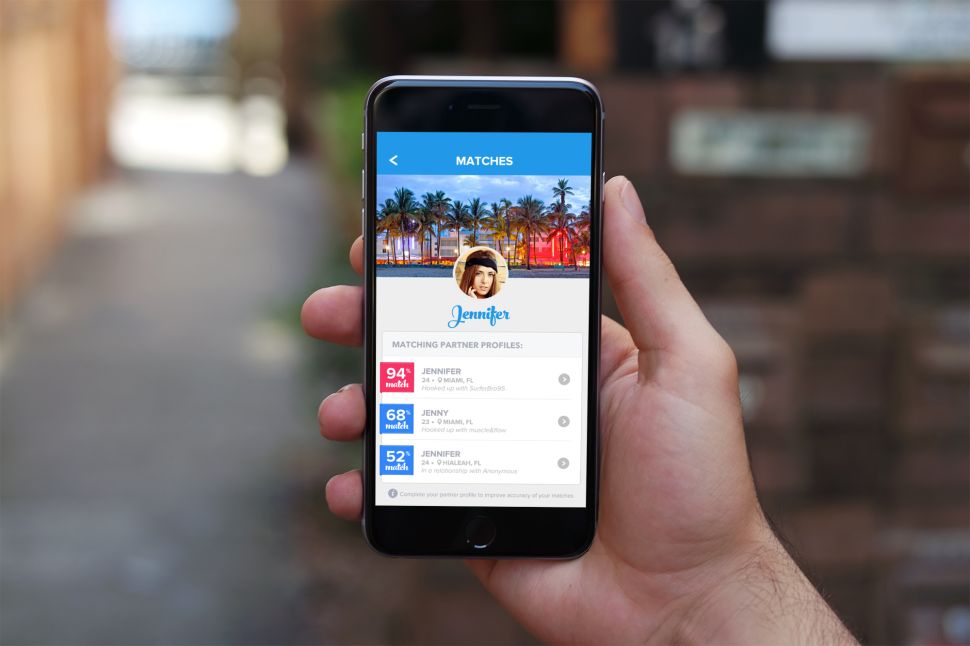