Tom Ford is far more interesting than the average fashion designer. In fact, he seems to exist purely to entertain. Keep in mind that this is the man who has admitted that he’s never seen anyone in his office eat food, who claims to bathe five times a day and who has a fear of sending clothes down a runway in front of the press.

Thus, it should come as no surprise that the designer has decided not to stage a fashion show for the Spring 2016 season. Instead, the designer (who also moonlights as a director) is to release a fashion video on his website tomorrow. For now the site bares minimal evidence of the film to come, but for those among us who are impatient, Vogue got a behind-the-scenes peek of the shoot. And it looks like it includes high-wattage glamour and a whole lot of sequins. While the teaser mentions that top models including Lexi Boling, Xiao Wen Ju and Aymeline Valade star in the film, it also hints that an even bigger star is guaranteed to make an appearance.

Considering that Mr. Ford hosted his Fall 2015 fashion show in Los Angeles–in the midst of award season, nonetheless–we’re hoping that this mysterious cameo is made by someone with mega star wattage. 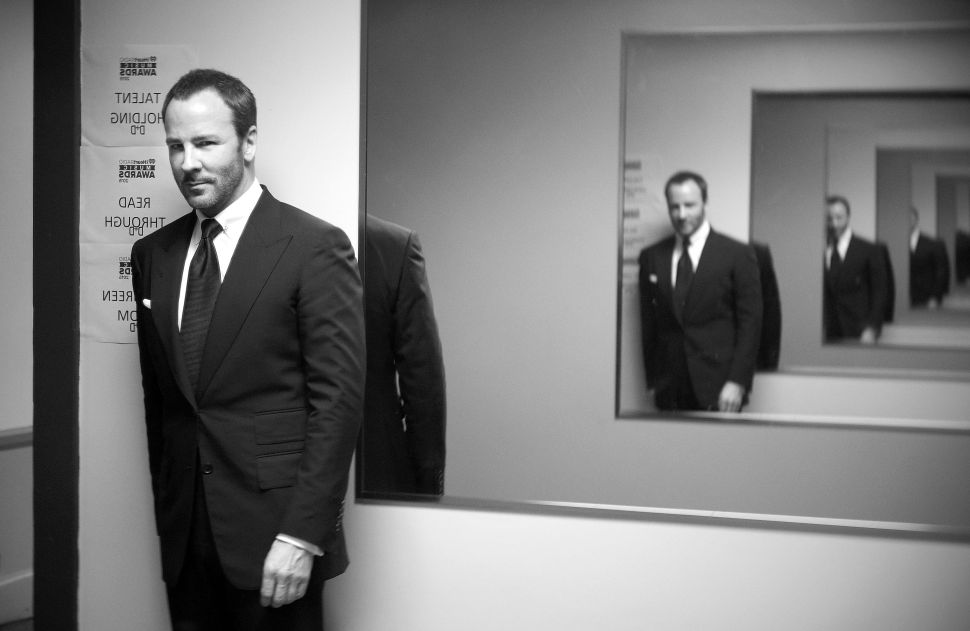