Not all heroes wear a cape, but Sir Ivan does. That’s…extremely unusual. But this week, at a screening of his new documentary, Sir Ivan: I Am Peaceman, hosts Sonja Morgan and Frankie Grande will present a check for $10,000 to The Trevor Project. That’s cape-appropriate behavior, as the project focuses on suicide prevention in the LGBT community and fits excellently with Sir Ivan’s Transgender Awareness Campaign. Angelika Film Center, 18 West Houston Street, 7-8 p.m., invite only

Between Amy Schumer and Hillary Clinton, women are having a pretty good year. Celebrate it with the New York Women’s Foundation at their A Night at the Plaza gala. They’ll be honoring the creators of Fun Home, Lisa Kron and Jeanine Tesori, as well as U.N. ambassador Samantha Power and Barbara Desoer, the CEO of Citibank. The Plaza, Fifth Avenue at Central Park, 6:30 p.m., $600

It’s October again, that month when we paint the town pink before promptly painting it a different variety of holiday colors. Help fight breast cancer at Pink Agenda’s annual gala, which will be hosted by Giuliana and Bill Rancic. Jane Hertzmark Hudis, the global brand president of Estée Lauder, will be honored. Three Sixty, 10 Desbrosses Street, 7:30-11 p.m., $185

The High Line is over. Well, not really. The High Line is great, but at least this week the Lowline is where it’s at. They’re the organization planning the world’s first underground park, which is supposed to open in an abandoned trolley station on the Lower East Side. And that doesn’t just mean “a weird hole in the ground.” The Lowline is using technology to create an environment where plants will grow and the sun will shine. Today they’ll be opening their technology and landscape lab to the public. The lab will be hosting a series of lectures by speakers like Maria Popova, Piers Fawkes and Marc Kushner. And during the week, the space will be dedicated to their Young Designers Program, which encourages kids to learn about science, technology, engineering, arts and math. So go today, it’s a good chance to get your head out of the clouds, and into the dirt. Lowline Lab, 140 Essex Street, 12-6 p.m., free

If you don’t know who Rich Simmons is, you’re going to want to check out his work immediately. To celebrate the royal wedding he created a work called, Future ***King, which portrays Kate and William as Sid and Nancy of the Sex Pistols. If you don’t know that one, you probably know the one of Wonder Woman and Batman kissing. The graffiti-style artist who is compared to Basquiat has brought his stuff to Soho Contemporary Art. His show, “Misfits,” ends today, so get down there quickly to check out images of a sexy Batgirl and some unexpected uses of American flags. If you love retro pin-ups or Silver-era comic book art, you’re going to enjoy it. It will allow you to imagine for at least one hour that you live in the “old New York” that people are always wrongly romanticizing. Like, the nice part of that “old New York.” The Basquiat, cool graffiti part, not the subway shootings part. Soho Contemporary Art, 259 Bowery, 10-7 p.m., free

Hey, the contemporary art institution MoMA PS1 is offering all New Yorkers free admission to the museum for a year. Maybe you should finally get over to Long Island City, huh? MoMA, PS1, 22-25 Jackson Ave, Queens, 12-6 p.m. (closed Tuesdays and Wednesdays), free

Queen of the Night just got that much cooler because tonight you’ll be drinking Jim Beam with Mila Kunis. While that seems like the kind of thing that normally only could happen if you were in a Mila Kunis movie about how great New York is (Friends with Benefits was underrated), tonight the liquor company is having a party with her to celebrate their new Jim Beam Apple brand. Oh, and if that’s not enough, Santigold will be performing. Diamond Horseshoe at the Paramount Hotel, 235 West 46th Street, 6-9 p.m., invite only

I happened upon a picture of Yellowstone Park’s majestic trees and stars—stars so beautiful they looked fake—on a friend’s Instagram the other day. I looked and I thought, “Yeah, I could probably be there for up to three days and not be too bored.” If you also like leaving New York for very, very brief periods of time, help preserve the landmark at Yellowstone National Park’s first Annual Young Patron’s Benefit. A very cool committee, including Arielle Patrick, Kipton Cronkite, Nell Diamond, Benjamin Bronfman, Peter Davis and Juliet Falchi, will host the party. Bowery Hotel Rooftop, 335 Bowery, 8-11 p.m., $95 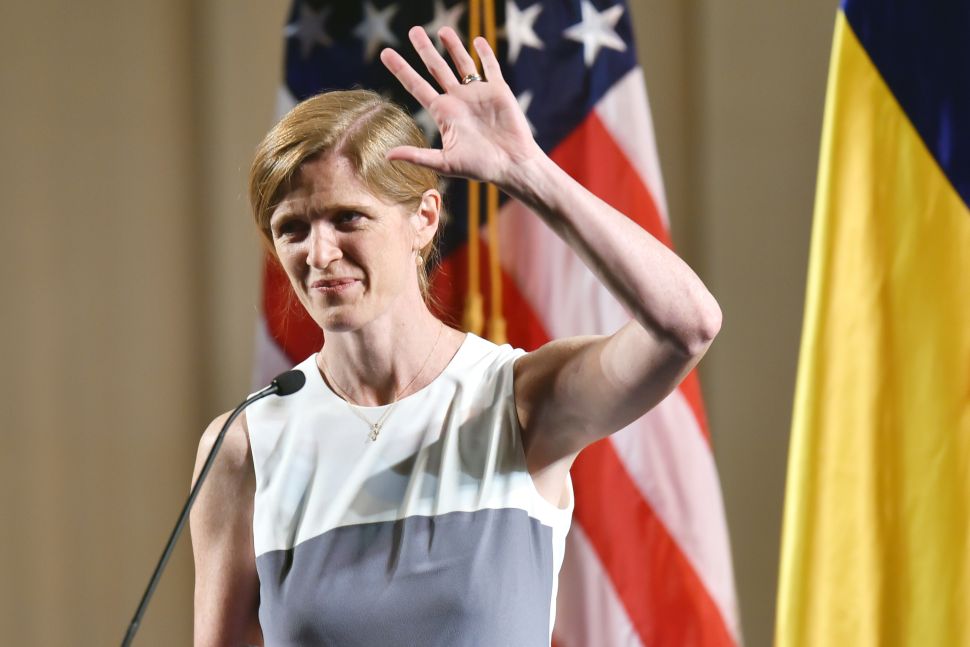