“Undocumented immigrants live and work in New Jersey and will consequently drive on our streets, whether or not they have a driver’s license,” Torres said. “Allowing them access to licenses will ensure the safety of all New Jersey residents and will ensure that more drivers take driving classes, pass driving tests and get insurance.” Torres claims that allowing licenses statewide would provide the DMV with more money due to the increased number of licenses issued and subsequently renewed and the increased number of insurance policies that will be purchased.

The mayor has given the city council a resolution urging them to support the expanded access but they have yet to act on the initiative.

The issue has been widely discussed in New Jersey as of late. Similar laws have already been passed in Newark, Jersey City, Camden, New Brunswick and Elizabeth, among other municipalities in the state. States including California, Maryland and New Mexico have also adopted similar laws. On Wednesday, the Essex County Board of Chosen Freeholders signed off on a resolution to grant these licenses, but the initiative has some like state Senator Joe Penacchio protesting.

“The public safety of Paterson would be enhanced by helping bring immigrant communities out of the shadows to participate more fully in civil life, building trust and cooperation between communities and law enforcement and encouraging communities to report crimes,” said Torres. 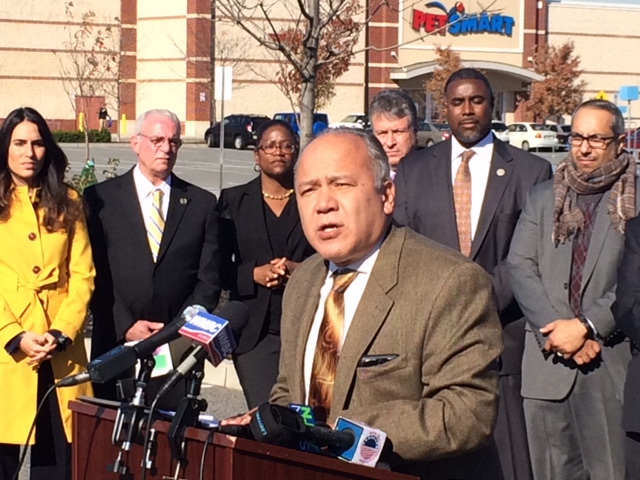