When Sylvia and Pablo Fernando Venturino purchased their townhouse at 314 East 69th Street, they knew they would be gut renovating the entire home before they ever moved in.

The specialized townhouse market has always brought in a certain type of buyer, one most often aware of the unique upkeep and care that owning a townhouse in the city entails. Within that, an even more selective kind of buyer goes into the purchase of a multimillion-dollar townhome with the knowledge that they will do an immediate gut renovation—essentially demolishing the innards to create a brand-new space.

George van der Ploeg, a Douglas Elliman broker who specializes in townhouses, told the Observer that in his experience, “about a third [of townhouse buyers] are looking to do a gut renovation.” Doing so enables the owner to maintain the sense of old-world glamour of a townhouse, while also having the dream home of one’s own making—all in an urban setting.

The most frequent renovation aim is, simply put, to create more living area, designed for the specific needs of the client. “People want a very open floor plan, particularly in the main living areas—these weren’t set up to be like that, originally,” architect Armand LeGardeur pointed out.

“We went from a couple living in a loft in Chelsea with a couple dogs, to having a full family,” Mrs. Venturino said, and that led the pair to set out in search of more suitable living arrangements. The townhouse on the Upper East Side was the best fit for them, at least once they completed the gut renovation—its previous owner was a doctor, who used the bottom floor as his office and lived in the triplex above.

“You choose by your budget,” Mrs. Venturino added, referring to both time and money.

The Venturinos began by selecting an architect, Oliver Cope, followed by taking bids from contractors, who worked together to draw up the project’s plans.

While the homeowner/architect/contractor troika is enough for the basics, Drew Lang of Lang Architecture noted that the number of people involved in a project can become quite large, and he often works with “an expeditor, a structural engineer and MEP engineer” at a major townhouse project, and depending on the client, will also include a “geotechnical engineer—a soils and below-ground specialist, a lighting designer…a low-voltage consultant to deal with sound, security, telephone and integrated control systems in the house.”

And everyone involved would be wise to take the long view: In the Venturinos’ case, the entire renovation process took “two, two and a half years,” said Mrs. Venturino, which is a somewhat typical timeframe, though there are variables, including the scope of the job, the inevitable problems that come up during the renovation, and the length of the preconstruction period, in which the architect and contractor filed for permits with the Landmarks Preservation Commission and the Department of Buildings.

“Most of the more expensive townhouses are in historic districts,” Mr. van der Ploeg noted, so “any changes you want to make to the exterior, you have to apply for.” Approval is most often concerned with “the front façade, which does need to remain sacred and intact, or restored to its original historic condition,” Mr. Lang said.

“They’re like professors,” said architect Michael Zenreich of the LPC. “They’re pleasant other than the fact that it delays the project a little.”

Then, of course, there’s the hard-to-pin-down issue of expense. (One contractor said that he signs confidentiality agreements for at least half the jobs he works on, and frequently doesn’t even meet clients, who instead hire someone to represent them as a proxy.) The most common estimates for city renovations run from around $500 per square foot up to $1,200 per square foot.

“It’s New York City, the sky is the limit! Renovations can go up to $2,500 a square foot. It all depends on design and material. It can be astronomical,” broker Thomas Wexler, who renovated his own townhouse on the Upper East Side, told the Observer.

The big-ticket items: mechanicals like air conditioning and plumbing, which can run “$200,000 and $300,000,” Mr. LeGardeur said, adding, “You can get into some pretty esoteric stuff—sometimes we do special mechanical systems for an art collection, with a lighting system as well. If you want to show it right, there are sun sensors where the lighting goes down so the art looks good in different directions.”

And with such grand numbers, it’s easy to see how people can get somewhat…carried away.

In Mrs. Venturino’s experience, “They give you a quote, and all these modifications are like changes to the final pricing—there’s a minimum, and if you stay within the budget, that’s the best thing you can do.”

As for what people are doing with their budget—it all starts in the kitchen. “The way people live now, it’s just different than the way they used to live. Some of the townhouses were quite modest when they were built,” Mr. Friedman said. “People for the most part didn’t cook, but now the kitchen is the center of the home. They want the kitchen and family room with all of the bells and whistles that a much larger kitchen in a suburban home would have.”

“It’s basically all stainless steel with Carrera marble,” Mrs. Venturino said of her own, which pre-renovation was “upstairs, but it was tiny and it was almost unusable.”

When it came time for the basement, the Venturinos opted to dig down, adding a playroom, wine cellar and a bathroom, as well as including space for the home’s mechanicals.

This is where the Venturinos hit a bit of snag. “When we were excavating the basement, they found out that instead of being dirt, it was rock, which had to be jackhammered, and hoisted by hand from there to the outside,” Mrs. Venturino said. “So that was an unexpected cost that we couldn’t avoid.”

Their decision to excavate lower floors is becoming more and more popular amongst the townhouse set as a new and inventive way to gain space.

“When you get to the really high end, we’ve gone down one or more stories,” Mr. Friedman said, “because the land is so valuable, and the value of a townhouse’s occupied space is so enormous, that it makes economic sense to go down.”

Some of the chosen uses for that excavated space, however, might make a bit less economic sense. While some add “the gym and wine cellars, [which are] sort of the requisite,” as Mr. Zenreich noted, there are also some who go to more extravagant lengths.

“These rooms become swimming pools, home theaters and gymnasiums. These are elaborate recreation centers,” said Mr. Friedman, adding, “I’m talking about a million dollars for what is essentially a TV room.”

A pool, said Mr. LeGardeur, can “start at a million dollars…none of these projects are ordinary. No one is doing this with money they need to worry about paying for rent or eating food with.”

“Items that really drive [the cost] up are what distinguish these buildings from spec buildings,” he continued.

Mr. Friedman recalled a project in which he installed “bronze doors which cost $30,000 each.” He noted, “a new window can cost a couple of thousand dollars, but building a window wall at the entire rear façade of a seven-story townhouse can cost a million dollars!”

Elevators are an oft-requested amenity—they can go for “about $100,000, plus as much as another $100,000 to build the shaft and deal with the structural issues. The exact amount depends on the number of floors, the speed and controls, and the finish,” Mr. Friedman noted.

For Mr. LeGardeur, what has remained a constant in what people want is, simply, “More and more,” he laughed. “And [then] they run up against what they can do when forced to compromise…which is normally jump up and down and scream.”

Mrs. Venturino, for one, had a rather pleasant, and hands-on, experience with her gut renovation—she was there “almost every day, to see how it was going, and to check on the materials that were coming into the construction site.”

“If you have the time to commit, I think it’s a good experience,” she said. 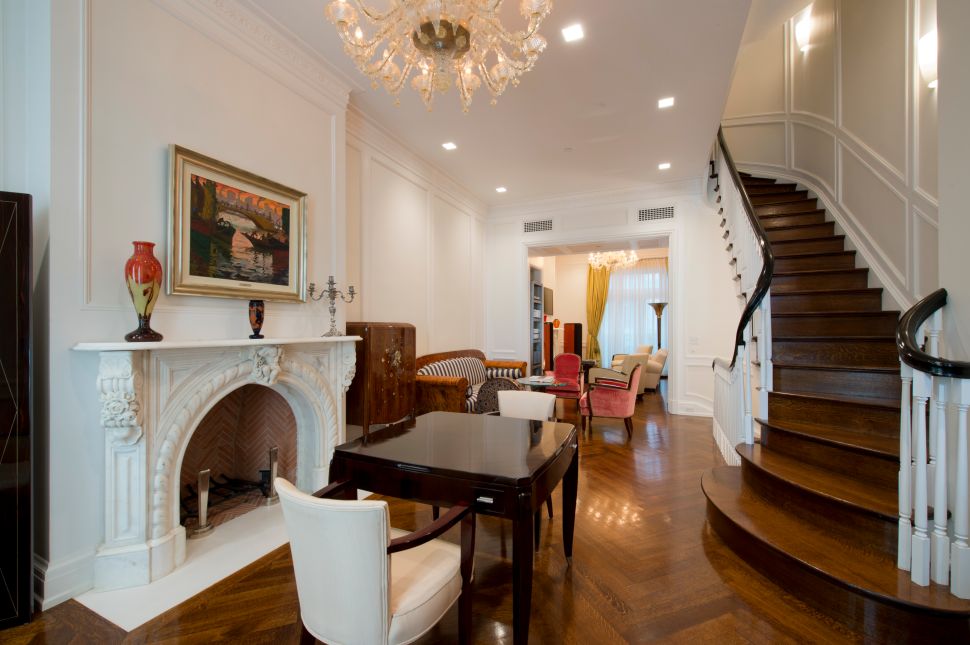