For a closer look, here are screenshots of the two tweets Ms. Gray was referencing: 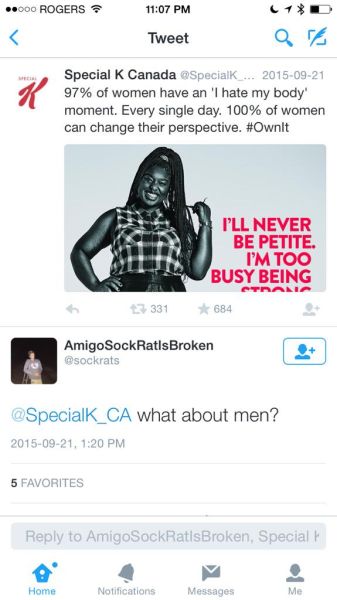 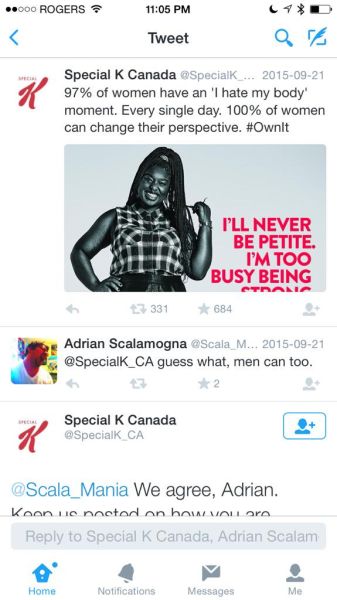 The sarcastic late night tweet became inexplicably popular, and led to a debate on feminism and privilege in Ms. Gray’s Twitter mentions while she slept:

@brennacgray ohmyfucking god, we can’t even have our own cereal.

@brennacgray @kerihw These are guys who have obviously never been told to fuck off in their LIVES.

When Ms. Gray woke up and saw the firestorm her tweet had created, she was stunned:

So I wrote that Special K tweet and fell asleep. And now. Holy shit, my mentions.

Ms. Gray told the Observer that she only shared the Twitter ads in the first place because of their sheer absurdity.

“There were so many men annoyed to be left out of gender-targeted body messaging,” Ms. Gray said. “I found it totally weird and had to share.” 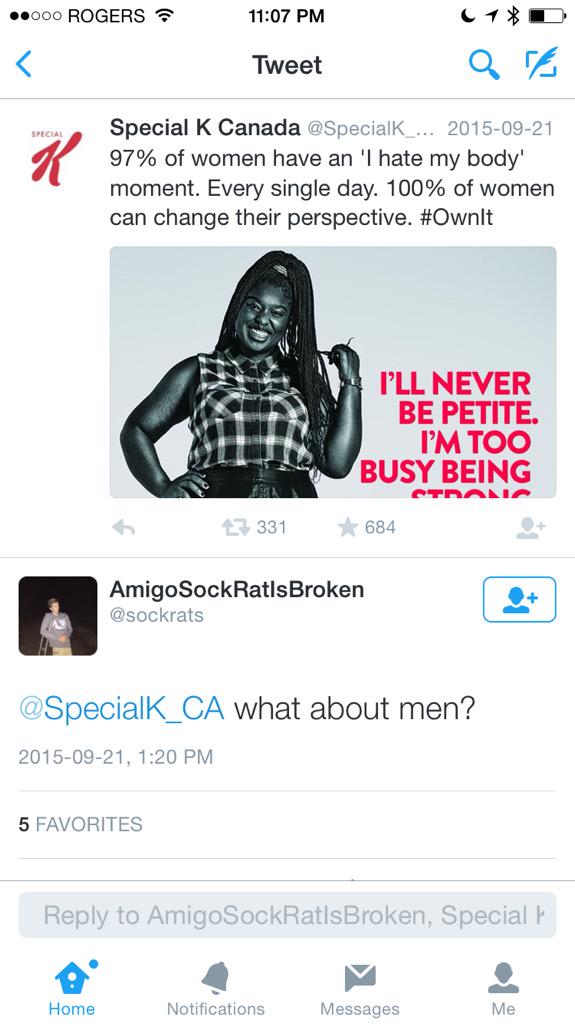