There are many New York City apartments attributes that can confer bragging rights on an owner, but how many people can say that their apartment was once graced by the presence of an angel?

Well, a Victoria’s Secret Angel, to be more precise, but at least it’s something for potential buyers of Lindsay Ellingson’s West Chelsea pad, which she just put on the market, to mull over.

The California-born model has lived in the city for the past decade: first in a smaller Gramercy apartment that she upgraded to her current 1,139-square-foot duplex, which she paid $1.68 million for in 2012. She has lived there ever since with her husband, Sean Clayton, whom she married in 2014, as well as her picture-perfect dog (what else would you expect of someone who has worked with Chanel, Valentino, and Oscar de la Renta, just to name a few): a cockapoo named Carly.

A few years ago, Ms. Ellingson told Architectural Digest that she planned on decorating her “brand-new duplex” with “real Shabby Chic furniture and mirrored furniture. It’s a work in progress.” It would appear that she has since finished redecorating, and it looks quite…angelic, not to be too cliché. More specifically, it’s decorated in light pink blush tones, pale blues, and neutrals, with multiple chandeliers hanging throughout.

“She really gutted the apartment,” broker Eyal Amir, a partner at Propcy who has the $2.38 million listing for the condo in 456 West 19th Street, told the Observer. “She put in brand new floors, with a custom stain…she brought in designers.”

In true supermodel fashion, renovations included “mirrors with lights” and a “beautiful, huge closet” in the bedroom, as Mr. Amir added that “there’s a lot of storage space in the apartment, she has a lot of clothes, so that’s why she created it.” We guess she likes to wear more than underwear when not at work!

Other features include double height ceilings in the living room, a sauna in the master bath, as well as kitchen renovations in which she “extended the breakfast bar, so it can seat more chairs and act as actual table.” This is perhaps a more surprising note to anyone who has seen Ms. Ellingson on the Victoria’s Secret runway.

As for Ms. Ellingson’s next move?

“They want to venture out into Brooklyn, it’s becoming very trendy these days,” Mr. Amir informed us. “They are a married couple, and they want to get a bigger apartment, with maybe additional bedrooms…for those reasons.” 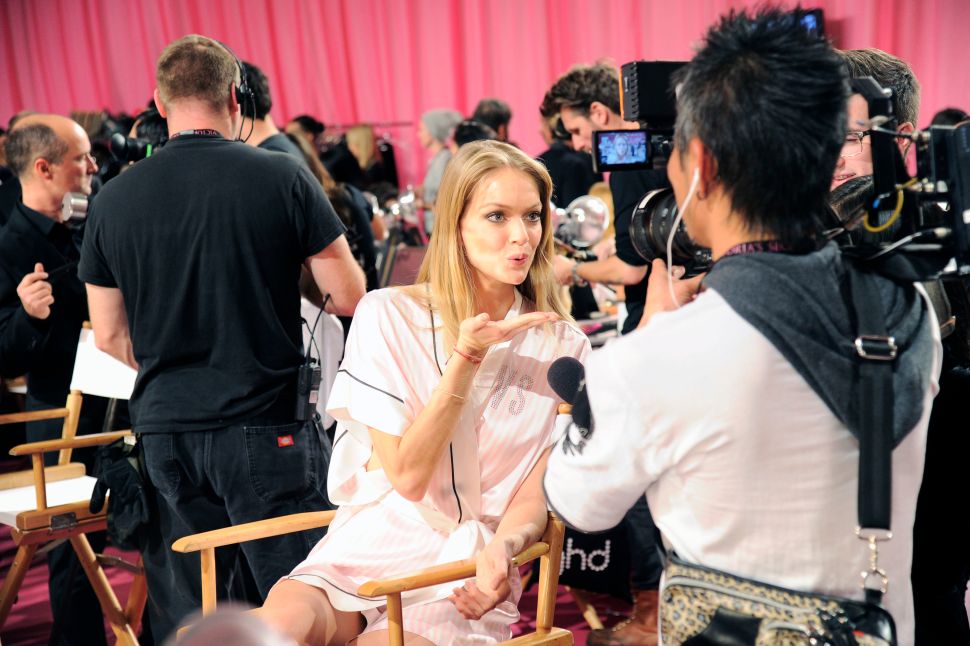