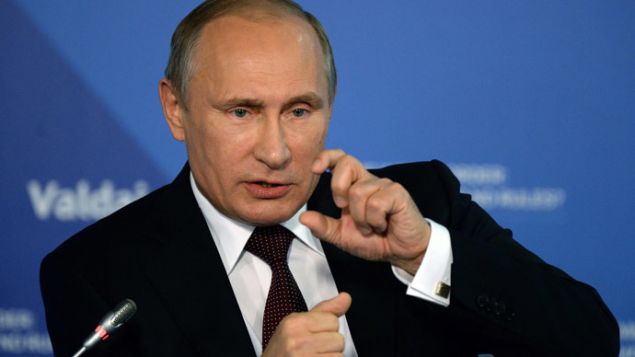 At the twelfth annual Valdai Discussion Club meeting in Sochi, Russian President Vladimir Putin expressed—to over 900 representatives of the international scholarly community—that Iran’s nuclear problem has been resolved (if it ever existed in the first place).

“Iran’s nuclear problem has been solved. From Iran, there is no threat and there never had been,” Mr. Putin said. “The only reason that was used by U.S.—to start building the Missile Defense Shield—disappeared. We [Russia] might have expected that a system of MDS development to be halted.”

Mr. Putin believes the United States lied to Russia and the world on the threat of nuclear danger coming from Iran.

“Some days ago, the first tests of USA’s MDS were conducted in Europe. What does that mean? It means that when we were arguing with our American partners we were right. Russia was right from the beginning that the American Missile Defense Shield program was being developed with the goal to destroy strategic balance and to have a way to dictate her power to everyone. They were trying to deceive us, and the whole world, once again. And, to put it simply, we were lied to.”

According to the specialists, ‘moderate’ bandits behead people softly.

To the notion of America helping the “moderate opposition” in Syria, Mr. Putin responded that the division of “moderate” and “non-moderate” leads to the empowerment of Islamic terrorists.

“We shouldn’t play with words here and divide the terrorists into moderate and non-moderate,” Mr. Putin said. “The difference, according to the ‘specialists’ [a jab to the Obama advisors], seems to be that ‘moderate’ bandits behead people softly.”

To Mr. Putin, the groups fight not because of ideological differences but because of money. Lately, he said, the terrorists’ infrastructure has grown, along with the territories they control. Armaments the U.S. gave to the “moderate oppositionists” inevitably ended up in the hands of ISIL fighters—the “moderate” fighters, supported by the U.S., desert to ISIL camp with “orchestra’s greetings.”

It’s better to fight terrorists in Syria than to wait for them to come to Russia, Mr. Putin told the audience. The terrorist threat for Russia has not increased as result of Russia’s bombing in Syria. “Terrorists hate Russia for what it is, not because of Syria.” To Mr. Putin, the American goal in Syria is limited to the removal of Assad. Russia’s goal is to fight terrorism.

American leaders are sane people, after all.

On the possible transfer of anti-air defense missile systems by the U.S. to the anti-Assad forces, Mr. Putin said, “I hope this is not going to happen. This will create danger also for American pilots. American leaders are sane people, after all.”

Mr. Putin also unveiled the secrecy behind his talks with Syria’s Bashar al-Assad.

“The territorial division of Syria [as a solution to the current crisis] is unacceptable. It is not going to resolve the conflict. The conflict will acquire a permanent character. Nothing good will come out of this,” Mr. Putin said.

“Just imagine that in case of taking Damascus or Baghdad, terrorist bands might have received, practically, the status of the official government. The bridgehead for global expansion could have been created. Does anyone think about that?”

Anyone, meaning, in the White House. 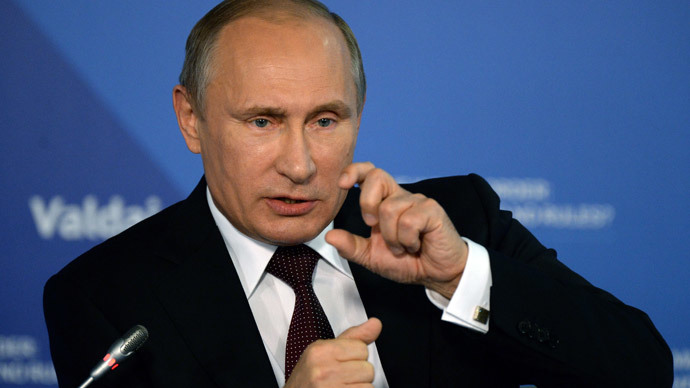