A majority of voters disapprove of the way Mayor Bill de Blasio is handling crime, poverty and homelessness, according to a new Quinnipiac University poll.

The poll, coming on the heels of another Quinnipiac survey that showed Mr. de Blasio’s disapproval rating hitting a new high, was filled with mixed to bad news for the Democratic mayor, who formally kicked off his re-election campaign yesterday.

“From the beginning, Mayor Bill de Blasio has promised to reduce homelessness. His comments about income inequality have been eloquent. But on deeds–not words–New Yorkers give him negative marks. On dealing with poverty and homelessness, he comes up short 2-1,” said Quinnipiac University Poll Assistant Director Maurice Carroll.

Voters disapprove 61-28 percent of his handling of poverty and homelessness and say 53-14 percent that the quality of life in the city is getting worse, not better. The outlook is not good across the board for the mayor: just 14 percent of Republicans, 35 percent of Democrats and 20 percent of independents like the way Mr. de Blasio is handling homelessness, which data show is on the rise. 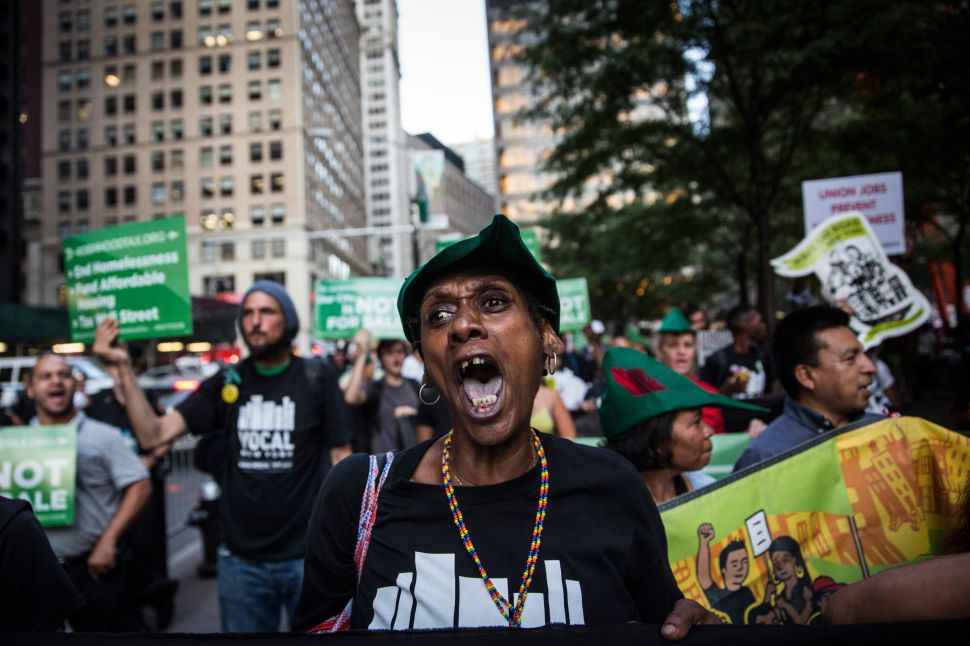