Raw emotion makes for riveting television. Viewers of cable news saw this again Thursday after at least 10 people were murdered by a gunman at Umpqua Community College in Oregon.

About three hours after the massacre, Brian Williams of MSNBC interviewed by phone a student who was there. Back in 2006, the student said, he was in his high school for a different shooting.

Williams then turned to Kate Snow, his co-anchor. Perhaps she didn’t know she was on camera, which showed her, head bowed, covering her face with her hands, momentarily silent. After about three seconds, the director switched to a picture of the campus as Ms. Snow began to speak.

“Brian I’m at a loss for words,” she said. “That man, that young man, survived two campus shootings. What does that say about us about the state of our country right now?”

The shootings came at 1:38 p.m., Eastern time.  For the first few hours, MSNBC, CNN and Fox News played it straight as the details came in, sometimes inaccurately.

But all three networks switched suddenly to the President when he spoke with scathing bitterness from the White House about gun safety and multiple massacres.

“Our thoughts and prayers are not enough,” Mr. Obama said. “ . . . We are the only advanced country on Earth that sees these shootings every few months . . . We do not have sufficient guns safety laws . . . Somehow, this has become routine . .  . We’ve become numb to this.”

Without specifically naming the National Rifle Association, which battles gun-control laws, the President said gun advocates would put out a press release saying more guns will make us safer.

“Does anybody really believe that?” he said. “Somebody, somewhere, will comment that ‘Obama has politicized this.’”

He then said it must become a political issue and urged Americans to oppose those who say “that our freedom and our Constitution prohibits any modest regulation of how we use deadly weapons.”

But Charles Lane of the Washington Post – another newscast panelist — challenged him.

“There’s such a thing as common-sense gun legislation,” he said.

Fellow panelist Stephen Hayes of the Weekly Standard returned to Krauthammer’s tone and asked why the President didn’t complain about shooting deaths in his hometown of Chicago.

Beginning with “I’m sorry, it’s a cynical thing to say,” he said the President “has had an avalanche of bad news recently” and that Mr. Obama was so forceful because he tried to change the subject.

Mr. Lane looked at Mr. Hayes with astonishment on his face.

“I do not think he spoke out today to distract attention,” Mr. Lane said.

By evening, the split was clear between the opinions of MSNBC, a liberal network, and Fox, a conservative network. MSNBC, in three hours of prime time, frequently showed clips of the President. Fox showed far fewer, but Fox had a different angle.

Unlike the other networks, it kept reporting – without citing a primary source — that the gunman asked students individually if they were Christians. If they said ‘Yes,’ Fox reported, he shot them in the head.

Kelly referred to “another Presidential statement attacking gun rights supporters” before interviewing Dana Loesch, author of the book “Hands Off My Gun.”

In the following program, Mr. Hannity repeatedly stressed the angle of Christians being shot in the head and said Mr. Obama was “demagogic.”

“I was really disgusted by the President’s comments,” Mr. Hannity said. “ . . . There’s some religious component . . . This indicates an agenda, an anti-Christian agenda.”

On MSNBC, Rachel Maddow in the 9 p.m. slot, spoke vaguely of “hoaxes” being reported in the mainstream media. Lawrence O’Donnell followed her show but reported nothing about Fox’s Christian angle

Among his guest was Charles Pierce of Esquire magazine who discussed Republicans who oppose the President and other Democrats seeking gun safety legislation.

“One of our political parties in completely insane,” Mr. Pierce said. “I’m politicizing the hell out of this and I don’t care.”

Back on Fox, when Hannity switched to reporter Dan Springer at the scene of the crimes, Mr. Springer said the Douglas County sheriff in Oregon —John Hanlin – once sent a letter to Vice-President Joe Biden saying he would not enforce gun legislation stronger than local laws.

A few minutes later, the sheriff held a news conference.

“I will not name the shooter,” he said. “You will never hear me mention his name.”

Ms. Kelly said a similar thing on Fox. For the record, the shooter – killed by police – was named Chris Harper Mercer. 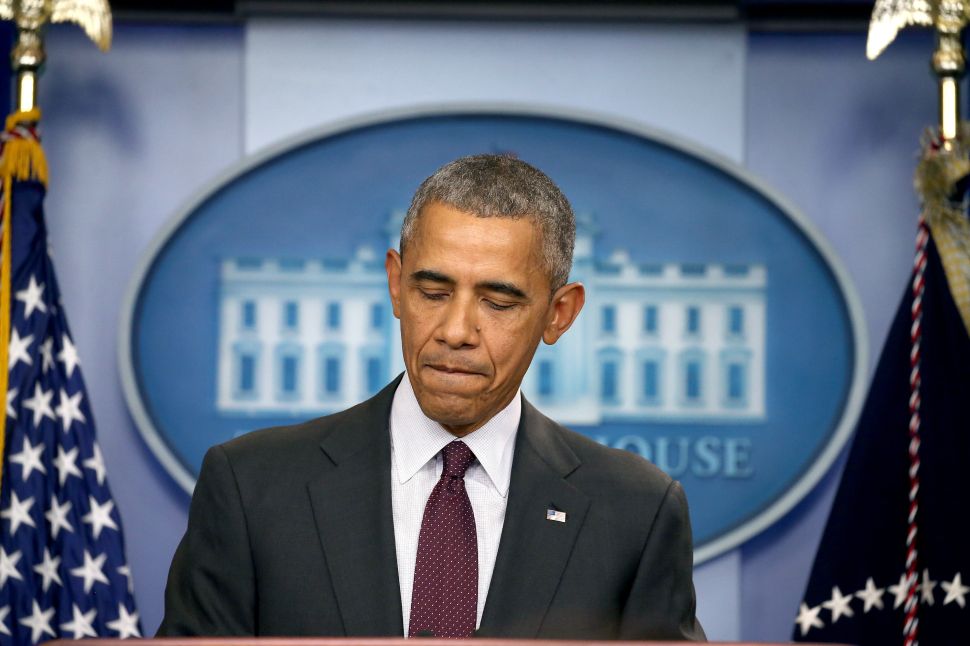