If you can’t Beat Bobby Flay, you can join the celebrity chef…well, not really, but you can take his place in the Chelsea apartment that he once shared with his ex-wife.

After finalizing his divorce from Law & Order: SVU actress Stephanie March in July, Bobby Flay appears to have decided that it was also time to part ways with the 3,204-square-foot duplex at 252 Seventh Avenue that the couple once resided in.

Corcoran’s Kenny and Meris Blumstein have the $7.95 million listing, which alludes to its famous owner in the room where we can assume he spent the most time: it notes that the “spectacular open kitchen designed with and for a PROFESSIONAL CHEF including double dishwashers, Viking appliances and a spacious walk-in pantry.” No word yet on if any cooking battles have taken place here or if Ari Gold has ever stormed in, but we’re just going to picture it as such, since the Blumsteins couldn’t be reached for comment.

The Chelsea Mercentile has been home to a number of other famous names—Katie Holmes moved in after her divorce from Tom Cruise, and Marc Jacobs and Nick Jonas have both rented units in the past.

Mr. Flay previously told the Food Network that he and his then-wife paid special attention to the kitchen in the renovation (well, obviously), which was designed by architect David Schefer and MG and Company, and included adding a zinc bar top and lab cabinets to the kitchen.

Perhaps the three-bedroom had too many memories for Mr. Flay post break-up. At least, his former beloved certainly left her mark in the kitchen: Mr. Flay told the Food Network that when it came to the metal cabinets and white lacquer finish, “Stephanie picked the color. My wife has excellent style.” 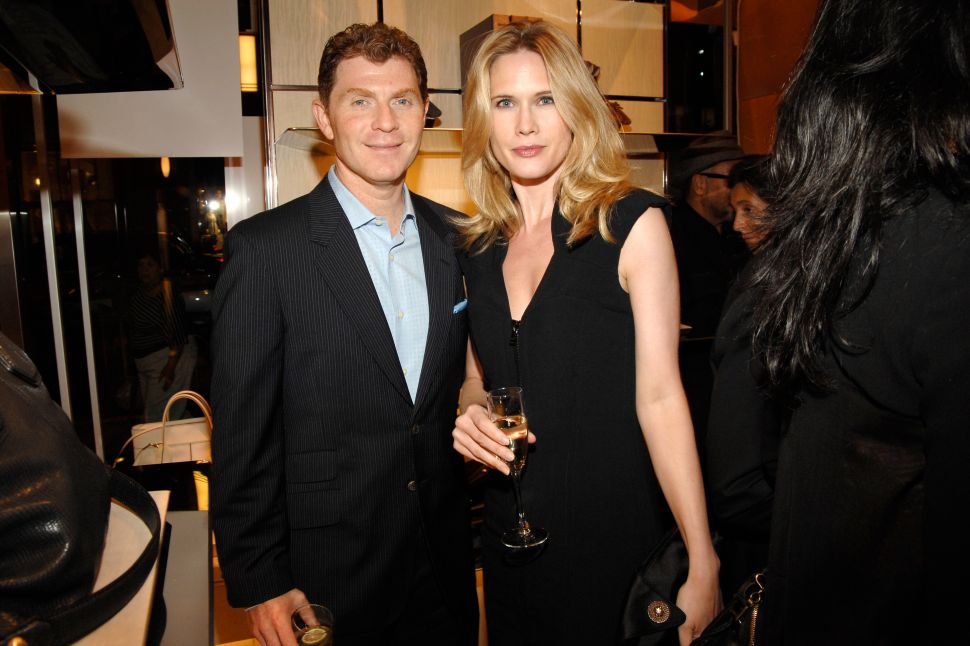