On Monday October 23, 1995, Mayor Rudy Giuliani noisily ejected PLO leader Yasser Arafat from a concert at Lincoln Center that had been scheduled to entertain world leaders in town for the 50th anniversary of the United Nations. President Clinton condemned Mr. Giuliani’s “embarrassing breach of international diplomacy” and former Mayors Dinkins and Koch joined the chorus of those embarrassed that the mayor, who had personally selected Beethoven’s 9th Symphony, had injected politics into the celebration.

Today, 20 years later, it’s clearer than ever that Rudy was right.

This incident took place after the first bombing of the World Trade Center but well before the September 11 attacks that would forever seal the world’s memory around the courage and backbone Mr. Giuliani showed in standing up to the Islamist terror. Despite Joe Biden’s stupid and snarky joke that Rudy needs only three things to make a sentence: a noun and a verb and 9/11, the fact is that Mr. Giuliani was keyed into the reality of the global threat presented by Islamist terror well before most. And he called it what it was.

The Palestinian people, whom Arafat milked and misled for years while amassing a personal fortune, are more destitute and desperate than ever.

Seven years into an administration that Mr. Biden has served since making his little joke, we have by any accounting lost ground—as in literal territory as well as the fight for hearts and minds—to the exact threat Mr. Giuliani fearlessly described 20 years ago. And the Palestinian people, whom Arafat milked and misled for years while amassing a personal fortune, are more destitute and desperate than ever, now headed toward a third intifada in which teenagers who stab Israelis are celebrated as heroes.

When we were writing his book Leadership together, I presented the chapter that contained the Arafat story to Rudy for review. The drama of Bruce Teitelbaum and Randy Mastro approaching Arafat and telling him to leave as Gillian Sorensen, the U.N.’s public relations director, told Rudy, “You can’t do this!” made for a compelling story. But something was missing.

Rudy took my typed draft and added a long-handwritten passage and I keep that page on my wall to this day. He added the word “murderer” to our description of Arafat, noting that he had personally arranged for the killing of Leon Klinghoffer and others.

The vice president can have his little joke. But Mr. Giuliani’s willingness to call things by their right name, 20 years ago, is exactly the kind of backbone and resolve our nation could use a lot more of today. 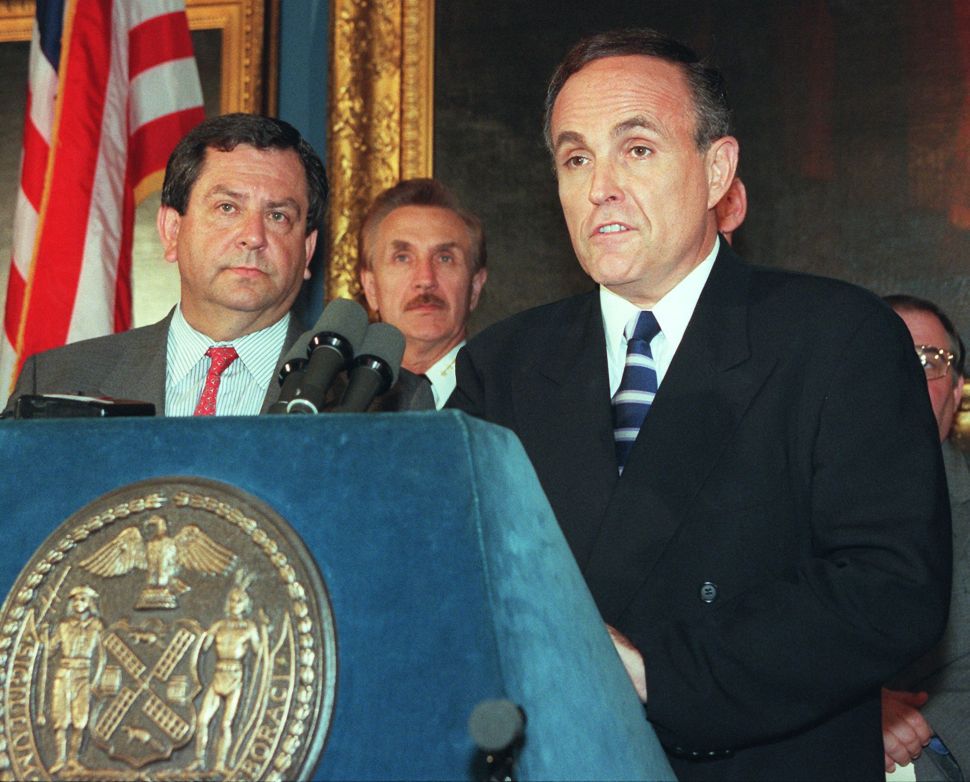