Sure, it was thoughts of sex, drugs and rock ‘n’ roll that led Steven Baigelman to create the new series Wicked City, but it was also a desire to explore the thin line between good and evil that convinced him it was time to tell the tale of down-and-dirty LA in the ‘80s.

Wicked City tells the story of a murderous couple who prey on young Hollywood hopefuls as they frequent the bars and clubs that dot the Sunset Strip. Chasing Kent and Betty, the killer duo, are cops Jack Roth and Paco Contreras, as well as two young journalists who’re trying to make a name for themselves.

“I was inspired by music, murder and a very specific time period,” explains Baigelman. “Exploring Los Angeles in 1982 really interested me because at that time it was the murder slash serial killer capital, pun intended. I was really intrigued about how people came to LA for fame and fortune; to be a rock star or a movie star or something else, and in this case, a serial killer.”

The music aspect of that time interested Baigelman as well, as he reveals, “It was this spot when ‘70s rock and roll and punk were bashing up against what was about to become the glam hair metal stuff. MTV was just coming into fashion and people were starting to look at music in a very different way.”

It was also a time when there was a new kind of freedom that many people were exploring, says Baigelman.  “There was a lot of sex and a lot of drugs and there were not really any consequences for doing those things at that time. I wouldn’t say it was an innocent time, but it was just before all of the true and lasting effects of casual sex and doing too many drugs and that whole kind of lifestyle would hit the world.”

In producing a series about the 80s, Baigelman held himself and his creative team to a certain directive to get the feel of Wicked City just right. “The mandate of the show that I set up is that while it’s a period show I really didn’t want any of it to feel nostalgic. I want people to feel like it could be happening now even though it was 1982. It was a long time ago, but at the same time, it wasn’t that long ago. And, if you think about it, everything from that time is coming back around again – the fashion, the music and things like that. The bottom line is we want to have people feel like they want to be there and in the middle of what’s happening.”

If your series is about the ‘80s music scene, it’s imperative that you actually have music from that era, something that Baigelman feels strongly about, but that process to make that happen hasn’t been without its challenges, he admits.  “It’s difficult in some ways, mostly because it’s expensive to use all of it, but the network has been 100% behind us and they’ve given us the means to do it. Fortunately, when we reach out, we’re finding that a lot of bands are interested in being a part of our show. Some bands are hard to get, but we’ve had a solid reaction from the music community and we’re hoping that some bands will see the show and then they’ll coming knocking.”

Setting a cop show in the ‘80s also presents challenges in that there was a certain lack of technology then that exists today. “Yeah, no one has a cellphone and computers weren’t really being used yet,” says Baigelman, but, he adds that the lack of tech is one of the reasons he was drawn to this time period. “This was a time when cops had to do real hard, ‘on-the-street,’ police work, unaided by all of the things that we have today like smartphones and databases and things like that. In fact, there’s a scene where a cop has to use a pay phone and it’s a rotary phone and it just seems to take so long for him to dial that phone.” Baigelman laughs a little as he says, “That felt pretty tense right there.”

Admitting that there have been a lot of serial killer shows recently, Baigelman remarks, “I came into this thinking very clearly that I didn’t want it to be ‘ who dunnit,’ but a ‘why dunnit.’ Clarifying this he says, “We’re following a lot of different sides of this world.  We’re inside the killers’ lives as much as in the cops and reporters lives because I wanted to look at what makes people alike more than what makes them different. I had a real desire to create a couple that are an unusual team but show them as humanly as possible. This idea that people are monsters because of what they do is not something I adhere to. It makes us feel comfortable with ourselves when we think they’re monsters and we’re not. But, what you’re seeing here is Kent and Betty falling in love, looking for connection and trying to build a family and that’s something that’s not unique at all. Everyone one wants connections like that.”

Balancing the beats of each storyline was an interesting task admits Baigelman. “There are a lot of characters and a lot of story but it all really revolves around Kent. He’s the one stepping into the spotlight and drawing everyone into his web. Given that, we worked really hard to have the stories intertwine in very surprising, yet logical, ways.”

Baigelman knows that his series is yet another debuting at a time when TV is extremely crowded, to which he says, “Any words I would use to get people to watch –  like sexy, rock ‘n’ roll, a world with something we haven’t seen before – are all probably words or catchphrases that anyone would use, but I do think we’re different from anything on network TV in that I we have some characters that I don’t are think are familiar in storytelling. I created the show and I watch some of our episodes and in strange moments I forget that I’m watching a pair of serial killers. I feel like I’m watching people that I know. Their desires and trials and tribulations remind me of my own, and of people that I know. So, I’m thinking that people should tune in for the sex, drugs, rock ‘n’ roll, and the party of it all, but I then I have a feeling that you’ll stay with this because of the people you’ll see on-screen. They’re not really like anyone you’ve seen before and you’ll be amazed and intrigued when you really think about how you feel about them.” 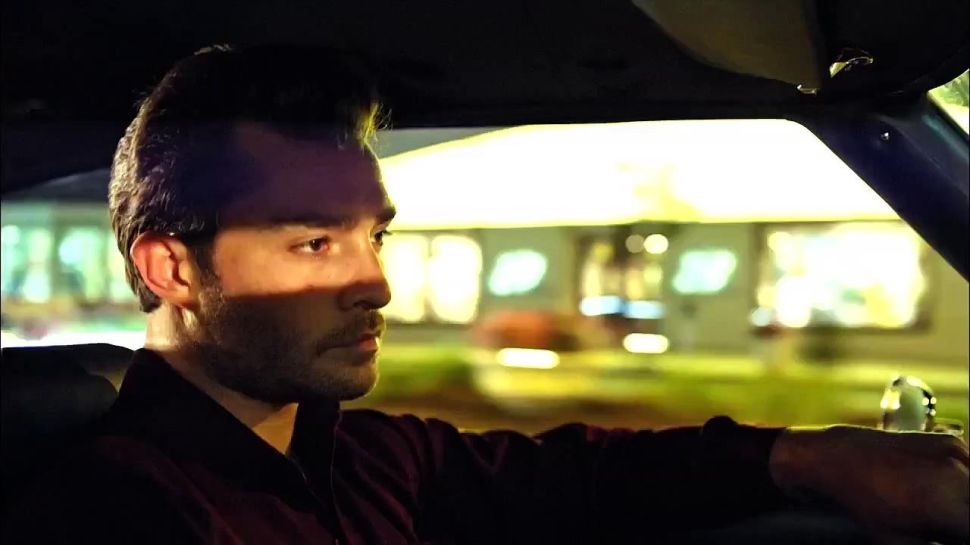